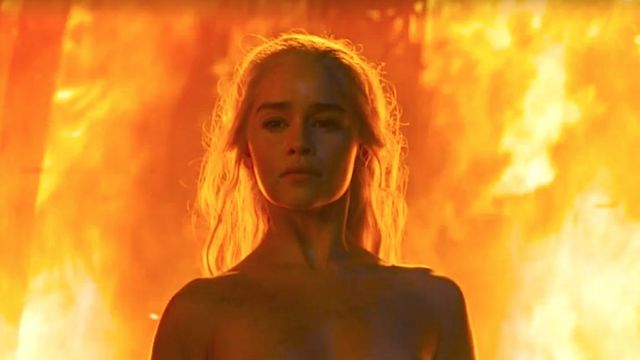 Perhaps the most iconic television actress of the 2010s, Emilia Clarke, has been described by an Australian television executive in a very disparaging manner at the House of the Dragon premiere.

A premiere event was held in Sydney for the first House of the Dragon episode, and a stir was caused by the show’s Australian distributor’s CEO during a bizarre bit of keynote speaking. Patrick Delany, CEO of cable TV company Foxtel, spoke of how late he was to watch Game of Thrones with a truly cringeworthy joke.

Game of Thrones and House of the Dragon is broadcast in Australia by Foxtel, and despite the company raking in subscriptions because of it, Delany said he was very far behind the groove and wondered what “this show about with this short, dumpy girl” was. “Short, dumpy girl” might be the single weirdest way to describe Emilia Clarke.

“I was like, ‘What’s this show with the short, dumpy girl walking into the fire?’ ”

According to Crikey, the reception was as cold as the grave. Nobody laughed, and a general sense of unease and wincing filled Sydney’s entertainment quarter event. Out of all the ways to try and break the ice at an event your company is hosting, dubbing the lead as such is probably the most obscure.

An attendee told the Australian outlet that people were “obviously shocked” by the poor joke.

Thankfully, no major players from the Westeros world were at the event, and Clarke is not involved with this prequel which is set several hundred years prior to her character’s birth. Clarke will be pleased to know that for her role in Marvel’s Secret Invasion, any premiere event will be safely away from Foxtel and Delany’s cutting edge jokes.

House of the Dragon will begin streaming on HBO from Aug. 21.