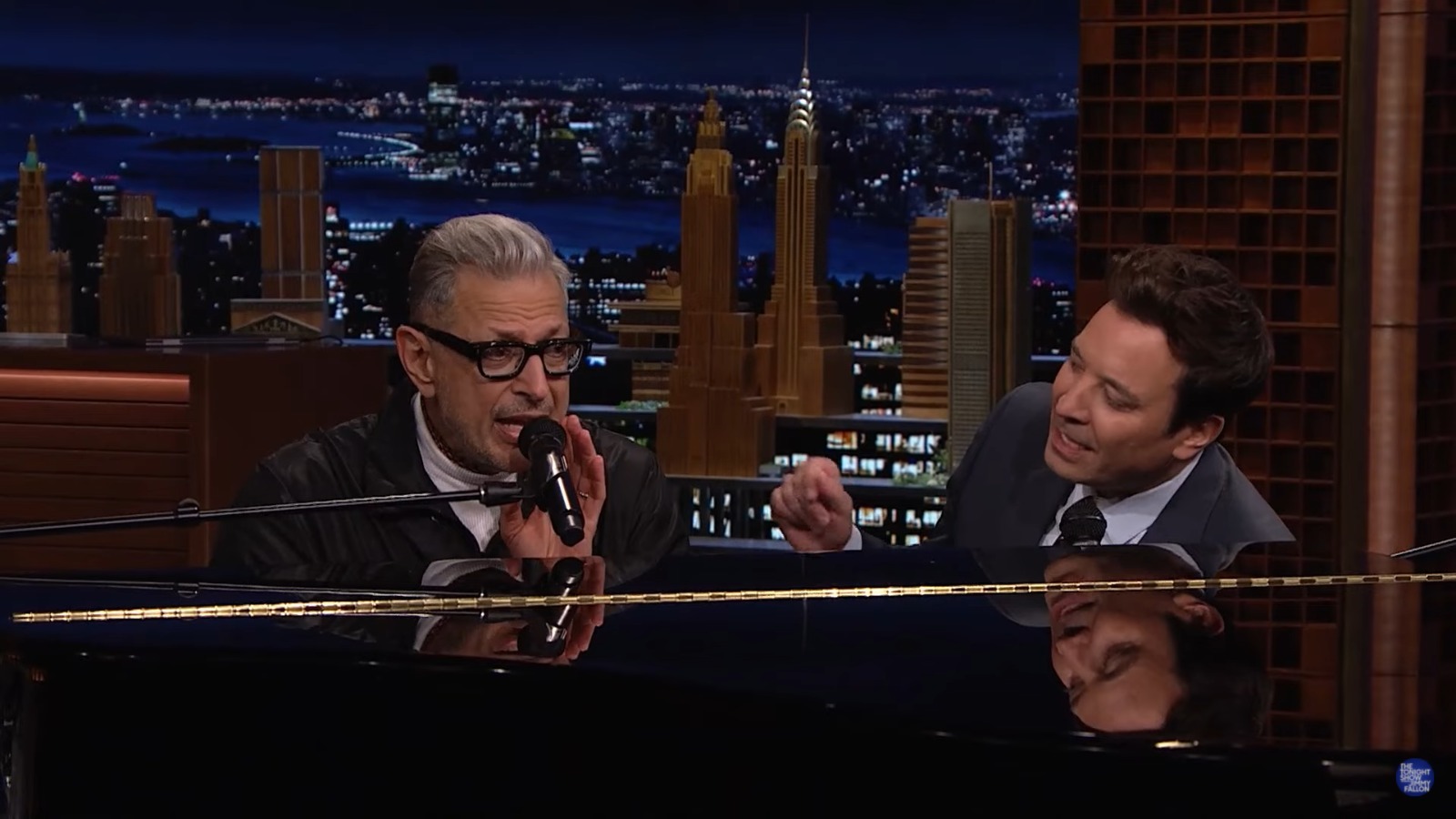 Have you ever wondered what the emblematic Jurassic Park theme composed by John Williams would sound like with lyrics? Dr. Ian Malcolm himself, actor Jeff Goldblum, has some ideas.

On The Tonight Show Starring Jimmy Fallon, Goldblum, who’s coming back to the Jurassic saga in the latest Jurassic World Dominion movie, sat by the piano to flex his playing skills, including his own rendition of the Jurassic Park theme.

Goldblum is a seasoned piano player, with his own Jazz group, but it’s definitely his acting career he is best known for. Joining his two worlds together, he played the theme to one of the most iconic movies in his catalog, Jurassic Park, but with a twist. The 69-year-old actor has added a set of lyrics that fit the music perfectly.

“In Jurassic Park,
scary in the dark
I’m so scared
that I’ll be eaten”

Goldblum sang as Fallon, who was unaware there were lyrics to accompany the melody, attempted to harmonize. This isn’t the first time Goldblum has performed this particular cover song, though. This is an old talk show trick for the veteran actor who, back in 2015, presented Seth Meyers with the same act.

Goldblum told Meyers the lyrics weren’t his and he had taken them off a longer cover he found online. “Somebody else wrote this, I know not whom, but they wrote something to the tune,” he explained before singing the same snippet he had memorized.

Fans will now be able to sing along to the already iconic piece of music when they see the most recent addition to the franchise Jurassic World Dominion out now in theaters.