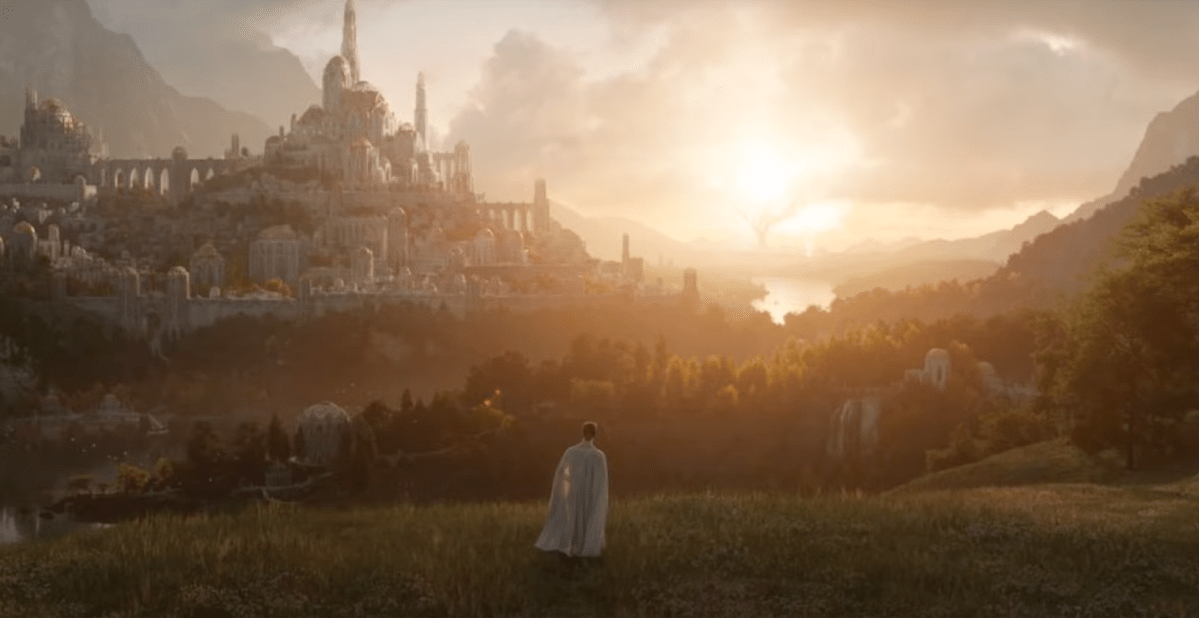 It’s just a little more than a month before The Rings of Power, the new Amazon streaming series set in J.R.R. Tolkien’s Middle Earth years, and even centuries, before the events of The Hobbit or The Lord of the Rings makes its debut. But fans have been busy comparing the various promotional pics and trailers to the series source materials in Tolkien’s immense body of work describing the timeline of Middle Earth.

Two of the easiest objects to spot in the show’s initial promo photos were the two trees, Telperion and Laurelin. Easy that is for those who have read Tolkien’s prequel work, The Silmarillion. For those that have not, here is all you need to know about the Two Trees of Valinor.

Prior to the rise of the “Children of Illuvatar”, the Humans and Elves that would later populate Arda, the world that would become Middle Earth, there was no light of the sun or the moon. Instead, two enormous lamps, Illuin and Ormal lit the world. But they were destroyed by the power of the dark Vala, Melkor, a former angelic spirit brought into existence before creation by the one god, Eru Illuvatar.

In the darkness that followed the extinguishing of the lamps, The Valar, retreated to the west, founding the continent of Valinor. Once there, the Vala Yavanna, the spirit of living things, sang two immense trees into existence. One, Telperion, she imbued with the silver light of the lamp Illuin. The other, Laurelin, was endowed with golden Ormal’s light. The trees stood on the hill of Ezellohar outside the city of the Valar, Valimar.

“Upon the mound there came two slender shoots and silence was over all the world in that hour nor was there any sound save the chanting of Yavanna. Under her song, the saplings grew and became fair and tall and came to flower and thus there awoke in the world the Two Trees of Valinor. Of all things which Yavanna made they have the most renown and about their fate all the tales of the Eder Days are woven.”

Telperion, the first of the trees to grow, possessed leaves of dark green on top with lower sides of bright silver. When he bloomed, his flowers were like that of a cherry blossom. His sister, Laurelin, had leaves of light green, with golden undersides. The trees gave off light that waxed and waned in seven hours cycles that would delineate the nights and days of Valinor.

The trees lit Valinor for a great span of time before they were ultimately destroyed by Melkor and the great evil spider spirit Ungoliant. It was this action, and the theft of the jewels known as the Silmarils, which themselves contained the light of the trees, that caused the many miseries and triumphs that befell the elves in the First Age of the World and caused Melkor to be known forevermore as Morgoth, the Dark Enemy.

Following the death of the trees, the Valar caused one of Laurelin’s fruits and one of Telperion’s seeds to travel in the sky as the Sun and the Moon. The only remnant of the trees in Middle Earth is the White Tree of Gondor, which stands in the courtyard of the city of Minas Tirith.