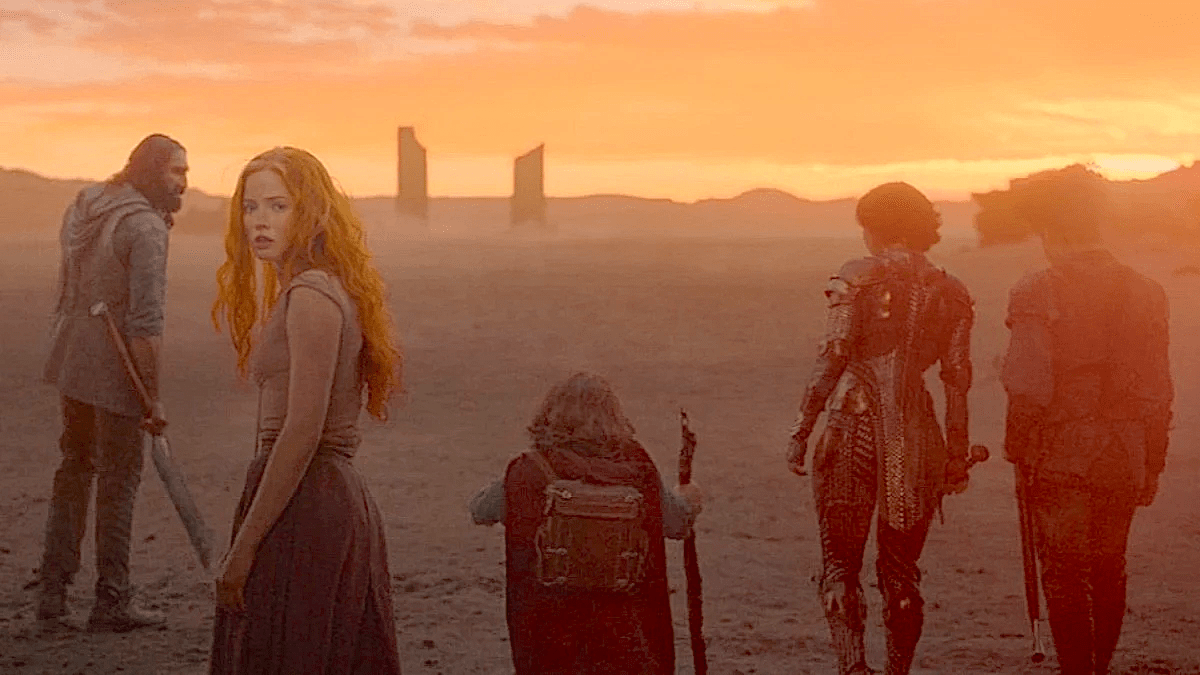 So much happened in the Willow finale – including a climactic battle between good and evil and not everyone made it back.

Season one had many of the classic staples one would expect to find in a fantasy series – adventure, magic, and a great evil threatening to destroy the world, and yet because of its creative and progressive choices, it stands out amongst the likes of House of the Dragon and The Lord of the Rings: The Rings of Power. The series has managed to delight fans with comedic moments (much thanks to the brilliant lead Warwick Davis) while still providing a heartfelt and engaging experience that expanded the original movie into a fascinatingly fleshed-out world.

The story so far

The story begins 20 years after the original movie with the children of Queen Sorsha and Madmartigan, Princess Kit, and Prince Airk who live in the Kingdom of Tir Aisleen. Their castle is attacked by The Scourge at night and these monsters capture Prince Airk. A fellowship is put together to find him consisting of Kit, the knight-in-training Jade, a young woman and cook called “Dove” who’s in love with Airk, Prince Graydon (who’s betrothed to Kit), and the treasure hunter Boorman. The fellowship travels to Willow’s Nelwyn village to request his help and he soon realizes that Dove bears the mark of Elora Dane, the baby he saved from the evil sorceress Bavmorda. Willow’s been having visions of the future and believes that she’s the one who will save the world.

Throughout the season, the heroes face many challenges and losses on their journey to find Airk. Willow trains Elora in the ways of magic, they’re hunted by dark disciples, they confront the past in the haunted castle of Nockmaar, there are complicated romantic pairings, and Kit gets some more information about her father Madmartigan who she believes abandoned the family to search for Elora Danan. Boorman was Madmartigan’s squire and they were tasked in finding the Kymerian Cuirass, a magical breastplate that can be used to defeat Bavmorda upon her return, but when he receives it from Allagash in the mines of Skellin, though, it doesn’t seem to work. Kit believes that Madmartigan chose Elora over their family and harbors a grudge against Elora, but with the coming of the Crone, the harbinger of the evil entity known as the Wyrm, they have to put their differences aside.

Dark night of the soul

In the penultimate episode, “Beyond the Shattered Sea,” the fellowship journey across the infinite expanse of the Shattered Sea to get to Airk who’s trapped in the Immemorial City. It’s an arduous journey and the fellowship begins to fall apart. They train for the final battle and Willow teaches both Graydon and Willow how to use magic. Elora unleashes great power when Willow pushes her to admit her doubt, pride, jealousy, and hunger and it seems she just might have the power necessary to defeat the Crone. They finally come to the Shattered Sea’s waterfall and Kit and Elora put their differences aside and come together. Elora doubts herself and Kit lifts her up and makes an impassioned speech about overcoming fear. They put their issues aside and throw themselves over the waterfall.

The two arrive and find that Airk is much different than when they last saw him. His hair is cut shorter and he’s speaking very calmly and lovingly to them, a far cry from his typical unruly nature. He tells them that the Crone isn’t as bad as they think and requests that they meet with her to hear her out. The Crone tries to convince them that she’s here to do good and to offer them a choice to see things differently, but Kit and Elora aren’t sure. They’re expected to walk into a rift with a bright light, but Kit remembers that Elora said not to go in the light. Elora says that she’ll go in alone, but they both end up entering to learn what the Crone is offering.

Jade, Graydon, and Boorman jump down the waterfall as well and strategize about how they’re going to save their friends. When they approach the Immemorial City they see a terrifying storm encroaching and they have to move fast. They enter the undead city and come to the door of the castle. They try breaking it open and Graydon uses his magic after Boorman’s attempts don’t work. The storm grows nearer to them and the trio starts turning to stone.

Paradise is an illusion

Kit and Elora arrive in a paradise where Kit sees her “mother.” Sorsha admits that she hid the truth of Elora’s destiny because she thought she deserved a chance at happiness. Airk arrives and tells Elora that this is their wedding and he takes her away. Sorsha says the words that Kit always wanted to hear, that she should be free to forge her own path and that the life of a princess wasn’t meant for her. Airk talks to Elora about magic and she reveals how difficult using magic has been. Airk offers to take them back to before this adventure began and they could just get married instead, and Sorsha offers her daughter the chance to go back and have her own adventure with the one she loves, Jade.

Kit’s offered a mystical drink, but before she takes it, she hears Madmartigan’s voice. He tells her that he needs her help and that it was hard to leave her. Love is sacrifice and she has to give up what she wants for what she believes in to save Elora. Kit doubts herself, but Madmartigan tells her that she’s better than him. She’s Elora’s sword and shield and Kit has to protect her. When Kit goes to Elora, the Crone appears and tells kit that Elora has already made her choice and now the Great Awakening has begun. The Wyrm’s forces are rising to supposedly deliver the world from suffering and despair and Kit turns to stone.

Elora walks down the aisle at her wedding and all of her friends are in attendance, including Graydon – who she’s connected with during their journey. She gets to the altar and Airk showers her with pretty words, but when she goes to kiss him — and thusly give up her magic — she stops herself and tells them she’s not going to do anything she doesn’t want to do. The Crone warns her that if Elora stands against them the lands will burn and everyone she knows and loves will be destroyed.

Willow arrives in dramatic fashion and says that Elora Danan is the Semprum Sorceress of the Nine Realms and that the Crone is in trouble. He performs a magic spell that breaks them out of this illusion and frees his allies from stone. The Crone reveals her true gruesome form and summons dark forces who fight against the fellowship. Elora fights the Crone and she tells Elora that she lacks the conviction to beat her. Graydon attacks the Crone with his own magic, but he runs out of energy. She breaks his wand and casts him into the rift of light and his friends watch in agony. Elora looks through it and now sees an apocalyptic world has replaced the paradise.

Elora is furious now, and she conjures energy without her wand, blasting the Crone away. They go back and forth, Elora using her green energy and the Crone using her red energy. Willow magically communicates with Elora when it seems like the Crone is winning and tells her that she’s stronger than the evil sorceress. She needs to embrace her defeats and victories and reminds her that she’s always with her. This gives Elora the extra strength to overpower the Crone and she tears her apart with her green bolts.

Boorman gives Kit the Kymerian Cuirass and believes that it will work for her because she’s worthy of it. Kit and Jade battle against Airk who’s still under the influence of the Crone. When Airk sees the defeated Crone, he runs to her side and the Crone turns to dust. Airk becomes monstrous and Kit activates the Kymerian Cuirass, covering her body in the mystical armor. The siblings have an epic sword fight and Kit defeats her brother. Willow breaks his wand and gives her the crystal within it. Kit tells her brother that he’s in the dark, but he’s not alone as flashbacks show them as children. This works, Airk awakens and he’s back to normal.

The team comes together at the end, and now Airk has joined their party, but Jade worries that the Wyrm is still alive and waiting to arise. Elora says that it is and that she’s seen it and that it will be coming for them, but Willow isn’t worried. More heroes will be coming to protect the world and they’ll be ready for it.

The final scene shows Graydon in the apocalyptic world, lying on a mound of dead soldiers. He walks through the scorched battlefield and sees “Elora,” who tells him that the dawn of the next age is coming and that she needs his help. Behind her, an army of monsters stands at her command, prepared for war. The Wyrm is coming.