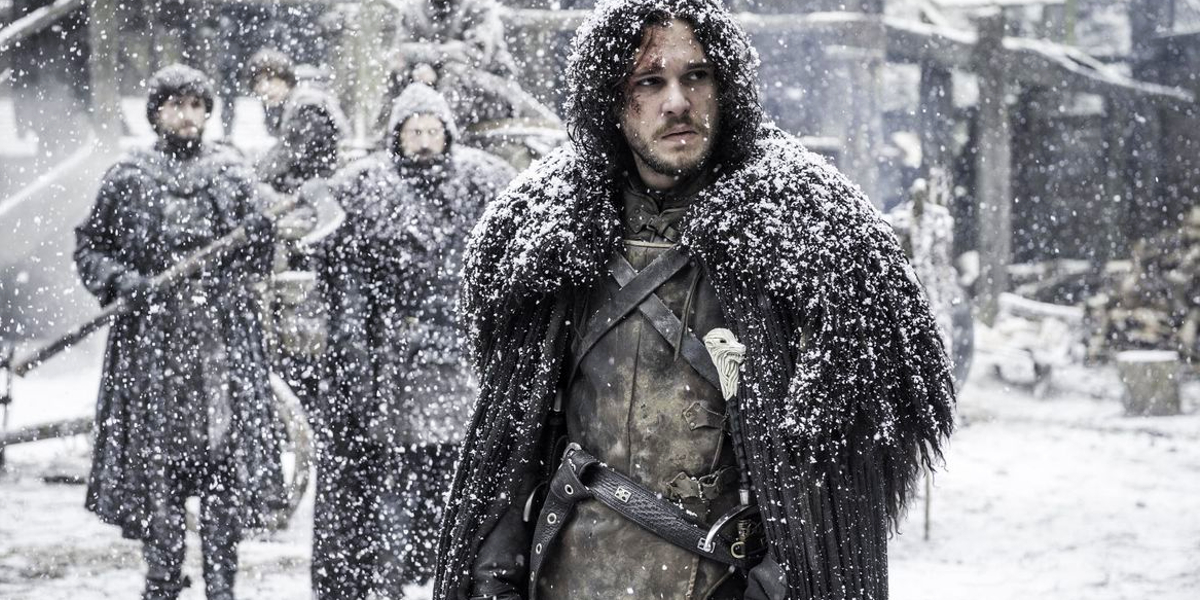 Is there anybody who would not be seething with extreme disappointment and despair on realizing that their favorite series is sinking into an abyss of snowballing lacunae establishing the impossibility of its exhumation to the state of revival? Yes, similar feelings were exuded when the mega-hit series Game of Thrones failed to live up to popular expectations as seven seasons of waiting to reach a satisfying response to the lingering question of “who will ascend the ‘Iron Throne’” was jettisoned in favor of an ending that still appears downright unconvincing.

This extends to the obliteration of carefully built characterizations ranging from Daenerys’ transmogrification into the ‘mad queen’, Cersei’s confinement to the Red Keep in the face of an approaching war (probably adding to her obsession with the elephants) to Jon Snow’s retreat into the snowy wilderness of the Watch. The latter’s fate in the end steers the weak plotline of the series into a direction where years of character building exhibit an inability to fit into the profile of a desirable climactic denouement. Here are the glimpses into the background and struggles of our once-favorite protagonist and his undesirable fate toward the end of the series solidifying his victimization by a trite story-telling. Spoilers follow, in case you’ve been living under a rock for the past year.

Who is Jon Snow?

The very first episode of season one introduced us to Jon Snow (Kit Harrington), one of the series’ pivotal characters besides the enthralling Mother of Dragons, Daenerys (Emilia Clarke), the wicked queen Cersei (Lena Headey), and Joffrey (Jack Gleeson), thunderously applauded for personifying evil itself. Amidst the emerging levels of machinations and the casual rapidity of macabre violence, the idyllic values of a virtuous lord upheld by Jon Snow — whose very existence was unknown in the vast terrains of Westeros and beyond — provided an outlet for deep comfort and a higher level of satisfaction.

Raised as Ned Stark’s illegitimate child (affectionately regarded as “bastard”), Jon faced the disgust and wrath of his stepmother Catelyn. This was juxtaposed against the admiration of his siblings — Bran and Arya — in particular. His tumultuous yet intriguing journey from another Night’s Watch member to the Lord Commander is laden with misadventures, inter-territorial romance, and an expression of bravery and strength coupled with honesty and sympathy. These are the very qualities that propelled the fans to root for the character and gleefully cheer for his potential elevation to the realm of an extended leadership by becoming the ruler of the “Seven Kingdoms”.

How did the series raise hope for the character?

Game of Thrones, at the peak of its popularity, oscillated between Jon Snow and Daenerys Targaryen as the possible heir to the Iron Throne. The replacement of the incompetent and sadistic Golden hair rulers (both Lannister kids and their mom) with wise individuals with compassionate bones in their bodies — possessing a keen knack for ruling — became the key priorities.

The chosen ones in this respect contained differences as well as innumerable similarities especially related to the display of leadership qualities in the face of looming troubles and harrowing events that smeared their paths to reach the symbol of power. Contrary to his redoubtable Others, Jon’s social status as a Snow augmented criticisms and lampooning toward the character occasionally (or most of the time) with the intention to keep his laudable talents of bravery, strength, and honor under check (the cold welcome and ceaseless derisions of Alliser Thorne perfectly fitting the description).

The only answer that can be gathered from Jon’s situation includes the obstacles that stood on his way to the throne and the inevitability of a merciless death in case he chose to confront them. However, these possibilities are thwarted by his lack of ambition or rather an inherent resentment toward the position of power that the prominent and nifty houses of Westeros were aiming to acquire, including his aunty/lover Daenerys.

As the show progressed, Jon exhibited effective leadership skills by fostering an alliance between the Watch and the Wildlings against the approaching apocalypse — in the form of the murderous White Walkers — as well as collaborating with powerful houses like the Targaryen, for achieving his objectives. The honorable mentions amongst his worthy achievements include slaying Ramsey Bolton and dragging Winterfell under the umbrella of the Starks.

Jon’s character-building converged to a point where strength, bravery, and priorities bordering on honor and honesty became his defining traits. After all, who would not want an individual to be the king who has his priorities straightened out especially when it comes to saving the kingdom from the undead entities beyond the wall away from the political intrigues of the mainland? Most importantly, who would not want a king whose primary ambition is not to acquire the throne for himself in the first place – even after his subsequent discovery of possessing the rightful claim to the throne? The show meticulously portrays Jon as the only honorable and sympathetic knight within the premise of Westeros who has yet to receive his knighthood.

What happened to him at the end of the series?

The public perception of Jon as the eligible candidate for a ruler was further reinforced after his real identity was discovered as Aegon Targaryen only for it to be crushed into rubble. Being the rightful heir to the throne, regicide (stabbing his aunt/ lover Daenerys) stood in his path to acquire the throne for himself. He was immediately incarcerated following the act by Greyworm and spent weeks in the cell completely unaware of the transformation of the political regimes outside.

Yes, it seems like Jon’s efforts at stopping the mad queen from piling up the body count were forgotten by his pals, who were already on their mission to appoint a new ruler for Westeros. Samwell’s suggestion, hinting at the establishment of a democratic government — representative of his higher intelligence and sensibility combined with forwarding-thinking abilities — was laughed off as an insignificant comment by a soft-hearted simpleton.

Instead, a new form of government was set up where the king was chosen by the lords of the realm and the suitable candidate who emerged victorious in the process was Bran Stark. Jon, on the other hand, was pushed back to the Wall to thrive with the Wildlings as a punishment for his crime, which he accepted with a clear mind and right spirit.

Here, Jon’s fate at the end reflects the series’ unexplained injustice to the storyline and the character’s journey so far, albeit keeping his character traits intact. The very act of killing Daenerys stems from his intention to eliminate a possible tyrannical rule where the slightest resistance could culminate in spine-chilling immolations (who would dare to face the might and wrath of Drogo?), a model of a regime with which the unapologetically brutal terrains of Westeros is not unfamiliar.

The traits of responsibility and bravery (for a vast proportion of Westeros is by protecting them from Daenerys’ reign) combined with honor and duty are discernible in religiously following the quote by Aemon Targaryen, “Love is the death of duty”. Prioritizing duty over love (even if it is with your aunt) constitutes a laudable quality of a king that was ingrained and manifested by Jon on a plethora of occasions throughout the series, only for him to face banishment to the North with no definite cause to fight for anymore. The important questions that arise are, after years of investment in upgrading the character, does the ending justify the series’ detailed characterization? What is going to be the future of Westeros now? Will honesty be rewarded with mercy? Guess the satisfactory answers are couched in hope and suppositions.