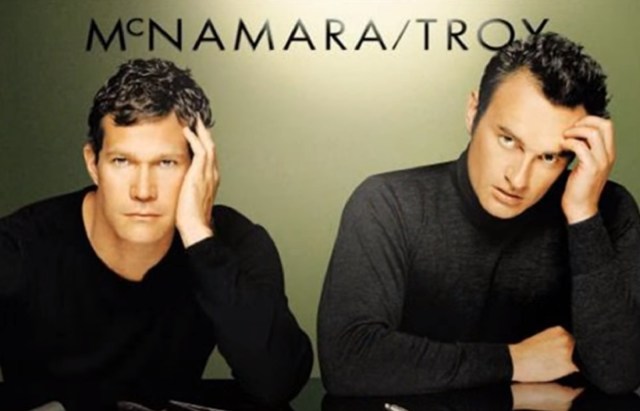 The popular dark comedy-drama series Nip/Tuck was one of the first groundbreaking hits for the FX Network after the channel began to seriously produce original programming in 2002. It practically brought FX into prominence among the other heavy-hitting TV outlets that are usually known for always having the best dramas to offer, season after season.

The plot of the show centered around “McNamara/Troy,” a plastic surgery clinic in Miami, headed by two doctors with personal lives that made their work often tougher than once imagined. Clients who wanted to look younger, be “bigger,” or even assist in some kind of drug smuggling ring — yes, really — went under the knife with the expectations of walking out a changed person. The complicated cast of supporting characters in their close circle of friends, family, and colleagues also added to the show’s appeal which lasted over the course of six thrilling seasons.

The show’s success opened the door for cast members to move on to other projects after the perilous plastic surgeons stopped taking patients in 2010. But after so many touch-and-go exploits, what is the main cast of the show up to now?

Walsh was cast as Doctor Sean McNamara after being spotted by popular television producer and series creator Ryan Murphy in a coffee shop. Walsh did have a decent resume before landing what’s still the most popular role in his ongoing career. Before Nip/Tuck, he was a steady actor from the beginning of his career in the late eighties and through the nineties. He appeared in movies like Loverboy, Nobody’s Fool, and Congo, as well as TV shows such as Gabriel’s Fire, Brooklyn South, and The Twilight Zone.

He continued to take a handful of small roles while playing Dr. McNamara and was able to gain more work from the success of Nip/Tuck after the show’s last episode. Walsh went on to star in Unforgettable, a hit police drama on CBS, for four seasons. His next notable role has been in the ongoing popular CW superhero drama Superman & Lois, as Sam Lane, the father of Lois Lane.

Julian McMahon, an Australian-American actor, had started his career in his native Australia before working primarily stateside in 1993 with a regular role on the NBC daytime soap opera Another World, followed by a main role in the crime drama Profiler. He eventually became even more popular by playing Cole Turner for a few seasons on the hit supernatural drama Charmed, just before being cast as the womanizing and risky Dr. Troy of Nip/Tuck.

While working on the show, McMahon was cast as the villainous Doctor Doom in two Fantastic Four movies. After Nip/Tuck was finished, he went on to star in movies like RED, Paranoia, and his most recent film, Monster Party, in 2018. Much like it was prior to Nip/Tuck, McMahon has been busier with his television work since 2010, picking up roles in both Australia and the United States. His most notable roles on the small screen have been as Jonah in Marvel’s Runaways and most recently as FBI Special Agent Jess LaCroix in all three of CBS’ FBI drama storylines. According to IMDb, he’s rumored to have the role of Thomas Brennan in a western drama titled Justice, which currently has no production schedule.

Actor John Hensley played Matt, the son of Dr. McNamara during all six seasons of the show. He got his start on TV in 1999 with a small role in an episode of the Comedy Central series Strangers With Candy. He then followed that up with another small role a year later in an episode of The Sopranos before landing a main role on the short-lived TNT comic book-action series Witchblade. Then, in 2003, came his most notable work to date after being cast in Nip/Tuck.

Hensley did also take some small roles in a number of independent comedies and horror films while working on the show. And after the show came to an end, he landed some guest roles on some popular shows like Sons of Anarchy, The Mentalist, a recurring role in How to Get Away with Murder, and 9-1-1. He last appeared in another recurring role on the hit CBS action-drama NCIS.

English actress Joely Richardson portrayed Juila, the troubled wife of Dr. McNamara throughout the entire course of the series. Julia was often trying to make peace with her husband’s often questionable work, making things sometimes difficult for both doctors on the show.

Back in her native England, Richardson began her acting career appearing in several British TV shows and movies like Wetherby, Sister My Sister, Agatha Christie’s Poirot, and Lady Chatterley. In America, she had roles in 101 Dalmatians, Event Horizon, and The Patriot before getting one of the leads in Nip/Tuck.

After the show, Richardson would continue to find roles of all kinds. She had a prominent role in the 2011 Hollywood version of The Girl With the Dragon Tattoo. She’s also appeared in Snowden and Red Sparrow. On television, she had roles in Emerald City, The Blacklist, and a notable appearance as Queen Catherine Parr in season five of The Tudors. Richardson is set to work on Lady Chatterley’s Lover, a crime thriller called Little Bone Lodge, and a recurring role in the upcoming DC Comics series The Sandman.

Originally a stage actress when she first broke into acting, Maffia played Liz, an anesthesiologist who bore witness to the frequent disfunction of the plastic surgery clinic. Maffia worked consistently on several television shows during the nineties, including very popular programs like ER, Law & Order, Chicago Hope, and Profiler, on which Julian McMahon also appeared. She was also getting considerable opportunities on the big screen in movies such as Internal Affairs, The Paper, Kiss the Girls, and Double Jeopardy.

On Nip/Tuck, Maffia was one of two actresses to appear in both a recurring and regular capacity during all six seasons. After the show, she’s only appeared in two movies, 2013’s The Call and Measure of Revenge, which is currently in post-production. However, like several of her Nip/Tuck co-stars, most of her work has been on television. Since 2010, she’s made appearances on Medium, Grey’s Anatomy, NCIS, Bull, and Billions, to name a handful.

An American actress and model, Kelly Carlson is most known for her performance as Nip/Tuck’s troubled blonde bombshell Kimber. The character was originally only supposed to appear in the show’s pilot episode but rave reviews had her return first in a recurring role, then as a regular throughout all six seasons.

Carlson started her acting career in 2001, as an extra in 3000 Miles to Graceland before nabbing the biggest role of her career in Nip/Tuck. While working on the show, she took small roles in movies like The Marine and Made of Honor. She also took small opportunities on shows such as Everwood, CSI: Miami, and the CW revival of Melrose Place. Her last acting appearance was in a low-budget indie film called The Reason. She currently does charitable work for the LongRun Thoroughbred Retirement Society and Wounded Warriors.

Cruz’s first acting gig came to pass on the Lifetime medical drama Strong Medicine in 2002. She also appeared in the PBS series American Family and also the CBS action-drama The Agency, that same year. A year later, she would be cast as a series regular in Nip/Tuck. However, Cruz would leave the show after the first season. She would go on to have small roles in movies such as Cellular, The Line, and My First Miracle, with her most recent film role coming in 2018, Locating Silver Lake. She would also appear in countless TV shows, most notably a recurring role in Dexter, for a handful of episodes during the show’s third season. She most recently had a recurring role in the CW reboot of Charmed from 2018 to 2021.

Veteran television actress Jessalyn Gilsig was brought into the fold on Nip/Tuck as Gina Russo, a recurring character that always showed Dr. Troy only the two ends of their love/hate relationship. She first appeared in season one and continued to appear on and off in various episodes for all but the sixth and final season, even given main character status in season three.

Before appearing in this show, she started her career with voice work in the mid-1980s and continued that work into the nineties, with her most remembered performance in the children’s animated show Young Robin Hood. She would go a few years without any sort of acting until taking a side role in the western drama The Horse Whisperer in 1998. That opportunity allowed her to appear in a number of TV roles until she was cast as a regular in the Fox high school drama Boston Public for three seasons, bridging right into her role on Nip/Tuck.

After that, Gilsig would focus a lot more on television work, appearing in several recurring roles in shows like Friday Night Lights, Heroes, Glee, and Scandal. Over the past several years though, she was part of the main cast for three seasons in the History Channel’s Vikings and is currently playing Holly Barrett in the Disney Plus sports comedy Big Shot.

Campos played Quentin Costa, sometimes known as “The Carver,” a serial attacker that left his victims in need of plastic surgery to repair the gruesome injuries he caused. It was obvious and often graphic trauma that the doctors at McNamara/Troy saw all too frequently at times. The character first appeared during season two and was made the main antagonist during the third season.

Campos had originally worked in performing arts out of his native Brazil during the mid-1990s, quickly adding even more experience once he touched down in America. He earned small roles in sitcoms like Chicago Sons, Suddenly Susan, and Cybill before co-starring with Christina Applegate in the sitcom NBC Jesse, earning himself an ALMA Award in 1999 for Outstanding Actor in a Comedy Series.

Campos worked steadily in other productions while also working on Nip/Tuck but when he was through with that, he took guest roles on Cold Case, Numb3rs, and Private Practice, to name a few. He even did voice acting as Prince Naveen in the Disney animated film The Princess and the Frog. In 2010, Campos stepped away from acting to pursue a career in law and has been a practicing lawyer in New York City since 2015.