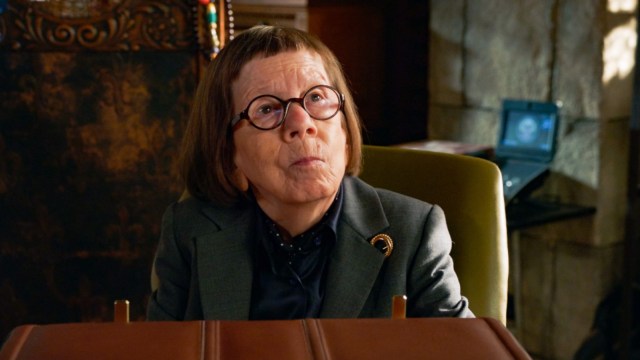 Fans of Henrietta Lange aka Hetty have been keen to find out if the character will return to the popular crime show NCIS: Los Angeles after being MIA for so long. Thankfully some new information suggests that fans of the character might get to see her again sooner rather than later.

Who is Henrietta Lange?

Following members of the Office of Special Projects in Los Angeles, NCIS: Los Angeles focused on high-risk undercover assignments. Hetty is one of the top agents and acts as an overseer, supporting the other agents during their missions. Over the course of the series, it has been revealed that she has adopted and raised many orphans, shaping them into perfect agents as they grow up. On top of this, Hetty is often sent on dangerous international missions without the knowledge of other team members.

But despite the significant space Hetty occupies in the show, of late, she has been barely present in the storyline.

Why happened to Hetty?

During season 13 of the show, Lange appeared less and less due to the character being on a mission in Syria. However, in the season premiere episode of season 14, the team receives news that a body has been found. And this body has Lange’s ID on it, suggesting that she had died.

However, it is quickly revealed that this body couldn’t be Lange’s. This leads the team to believe the agent faked her own death, thus opening the door to her return. While this seamlessly fits into the ongoing storyline, Hetty’s absence was triggered by some very real-life issues.

What behind-the-scenes issues led to this plotline?

Linda Hunt, the actress who plays Lange, had to pull back from the show in 2018 after being involved in a car crash that forced her to spend time recuperating.

At the time, Hunt issued a statement saying:

“Though I had hoped to return to playing Hetty at the start of the season, I had to take some additional time to recover. I look forward to returning later this season.”

Then, in 2020 the star pulled back a second time. The COVID-19 pandemic meant that Hunt couldn’t film many scenes or be on the set, forcing her to sit out most of the season. However, the crew did work around this in a few ways. One of which was filming a few of Hunt’s scenes outside her home.

“We’re doing everything we can to keep everyone safe, and Linda, you know, is a little extra-special in terms of how we have to look out for her.”

Will Linda Hunt return to NCIS: Los Angeles as Hetty?

In light of recent reports, it is now certain that Hunt will return to the show sometime this season. In an interview with Variety, executive producer R. Scott Gemmill confirmed the update as well, adding how the upcoming plotline will devote considerable time to bring Hetty back to the team.

“As Callen starts thinking about his upcoming wedding to Anna, he would want Hetty present. The plan is to go and rescue her at some point and find out what she’s gotten herself into in Syria, but we’re just trying to figure out when we can pull it off. The goal is to make it happen this season.”

So, even though the exact episode this will take place in isn’t known, NCIS: Los Angeles fans should definitely get ready to finally meet Hetty again.