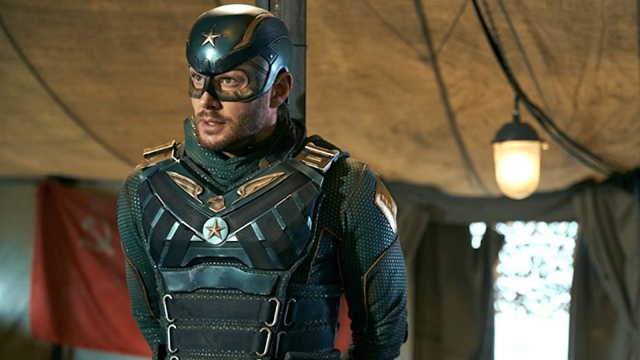 Was anyone really surprised when The Boys got renewed for a fourth season?

There were questions about whether the writers could top the insanity of season two, but all that went out the window in season three’s premiere when we met Termite — The Boys’ version of Ant-Man — for the first time. The infamous moment in question set the tone for what would become the series’ most delightfully deranged season yet.

There were plenty of deranged moments far beyond the scope of what we’re used to seeing on TV. That, of course, is The Boys’ appeal, but what makes the show so great is it’s hard-and-fast rule never to sacrifice story for shock, even though there was plenty of shock, usually involving male genitalia.

Season three saw the introduction of Jensen Ackles as Soldier Boy, the leading member of the 1980s superhero group, Payback. We learned he is the only Supe who can give Homelander a run for his money; basically, he was Homelander before there was Homelander, and that is what made him such an exciting addition to the show.

Additionally, The Boys shed their fugitive personae for lives lived in accordance with the US government. More than that, they dipped their toes in Supe waters, learning about, and experimenting with, Compound V24 (Temp V), an injection that grants anyone superpowers for 24 hours. This of course led to an explosive — and controversial — season finale.

When could The Boys season four come out?

An official release date hasn’t been announced, but it could be sooner than you think. Karl Urban (Billy Butcher) announced in an interview with Collider that The Boys are scheduled to reunite later this year.

“Yeah, we’re starting I think August the 22nd, we’re going to be starting season four. So I’m getting back, getting my Butcher back on, and I can’t wait. It’s a fun gang to play with, we work hard and play hard, and I can’t wait to see where they take the characters from where we leave them at the end of this season.”

It’s unlikely we’ll see the same gap between seasons three and four as we did between seasons two and three. The cast and crew had to adhere to strict COVID-19 safety protocols when filming the third season, but now that the pandemic has relaxed its grip on the nation somewhat, things can start moving along at closer-to-regular speeds.

That being said, season three took about seven months to film, from February 2021 to September 2021. If the same applies for season four, then we can expect filming to wrap up around March 2023, but likely sooner without as many COVID protocols in place.

All things considered, we can reasonably expect season four to premiere in the fall or winter of 2023. We Got This Covered will keep our ears to the ground and update you with more information as soon as it becomes available.