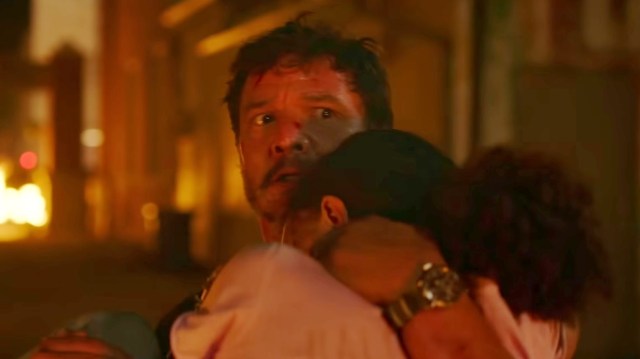 Fans’ hearts can hardly handle the anticipation, following the drop of the first official, full-length trailer for HBO’s adaptation of Naughty Dog’s The Last of Us franchise.

Adaptations have a tendency to veer somewhat from their source material, sometimes changing massive elements like character names or plot points, but typically adjusting the story in smaller, less-noticeable ways. Several recent releases have seen their settings altered slightly, shifted forward or back in order to ground them in a particular era. Netflix’s The Umbrella Academy shifted its story a full 30 or so years, adjusting from the comics’ slightly-unspecified timeline to ground its plot in the 21st century. Paper Girls got a similar treatment, sending its protagonists into 2019 and 1999 instead of 2016 and 2000.

Viewers are wondering if HBO’s The Last of Us adaptation will include similar changes, shifting the timeline slightly to make its setting more relevant. It’s certainly not necessary, given how much of the show will be set in the future, but it’s a possibility nonetheless.

What year is The Last of Us set in?

The story in Naughty Dog’s The Last of Us begins in 2013 with a strange, fungal outbreak. The narrative sets the scene with the earliest days of the apocalypse, before shifting its plot a full 20 years into the future.

The vast majority of all of the Last of Us games take place between 20 and 24 years after the apocalypse first hits. This positions the games’ different settings at 2013, 2033, and 2037, with each time period providing at least a short — but significant — story development.

The story in HBO Max’s adaptation will follow a similar approach. The exact year during which the story will begin remains vague, with even the official HBO site only noting that “the series takes place 20 years after modern civilization has been destroyed.” Without a precise date at which modern civilization ended, unfortunately, it’s hard to highlight any specific years.

Given the game’s date, however, we might be able to draw some conclusions. The first The Last of Us title was released in 2013, the same year the game is set, and HBO may be planning a similar route for its adaptation. If that’s the case, the series will likely start its story in 2023, the same year it debuts, and push forward from there.

If this is, indeed, the direction HBO chooses, it’ll mean the majority of the story — in season one, at least—is set in 2043, with a potential second-time jump between 2043 and 2047. Many of the years in between are explored in-game, and likely will see the same treatment in the series, but the primary action will take place in these three years.

We still don’t know for sure, of course, but it would make sense for HBO to go in this direction. It allows them to avoid potential muddlings of the timeline — by mentioning events that took place between 2013 and 2023 — and provides them with a slightly more modern take on the story. The only other likely option is to copy the game entirely and root its plot in the exact same years. We’ll have to await more details to know for sure.