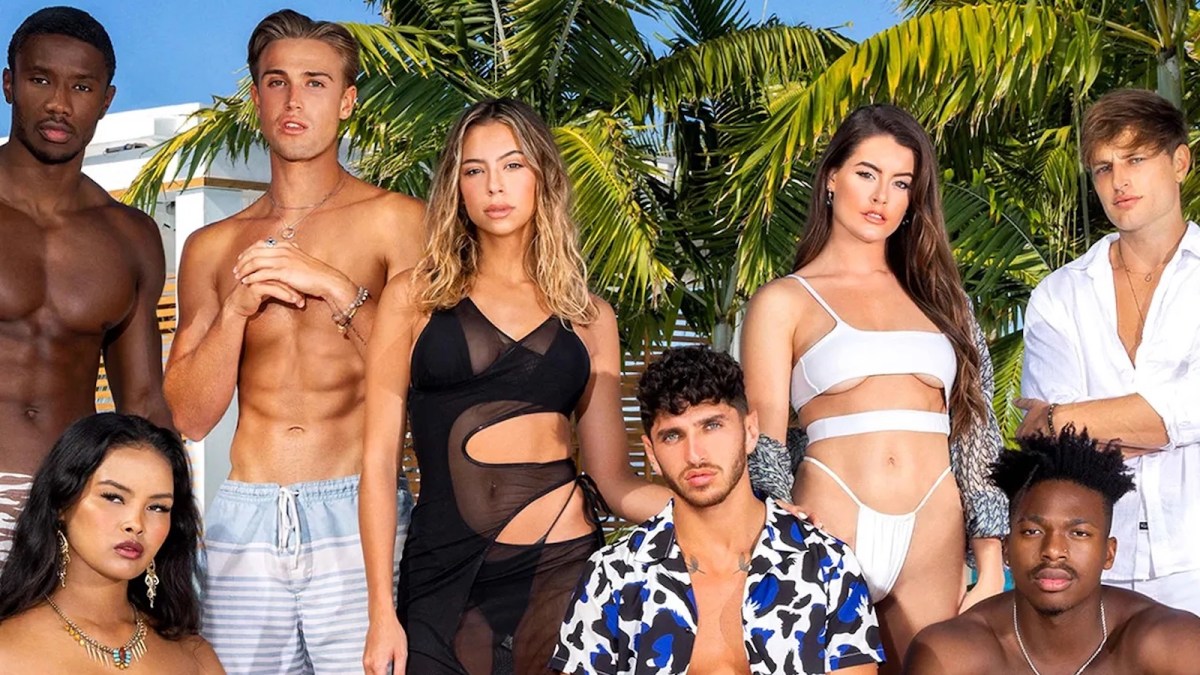 Too Hot to Handle Season 4 is here on Netflix and it’s already starting tons of conversations. There’s a lot to say about all of the blossoming romances taking place between the young and attractive singles who showed up on a Caribbean island expecting a summer of meaningless flings and hookups.

Unfortunately for the cast members of the show, they have to refrain from physical contact in order to form “deeper bonds and emotional connections.” Is there any chance that the couples of Season 4 are going to last beyond the show? The first half of Season 4 has shed a lot of light on several interesting relationship dynamics. The second half of Season 2 will bring viewers the answers to their burning questions.

Nigel spent the first few episodes of Too Hot to Handle Season 4 playing mind games with a handful of beautiful young women. The first woman he had his eyes on was Kayla, but he also gave a little bit of attention to Jawahir. As of now, he has been coupled up with Dominique.

Since Dominique and Nigel aren’t getting as much camera time as other couples, it’s unclear whether or not they are forming a true connection. What we can say for sure is that they aren’t breaking any rules together. Since things aren’t exactly heating up between Nigel and Dominique, it’s not looking great for their future outside of the show. The fact that he was so flirtatious early on with two other women on the island is another negative sign for Nigel and Dominique’s future.

Unfortunately for Brittan, she’s been coupled up with a guy who has no interest in getting hot and heavy or breaking any of the island rules. Her match on the island is James, and he seems to be more concerned with the prize fund than anything else. Brittan seems like the type of young woman who is willing to take a risk and spend some of the prize money if a genuine connection is being formed.

Things with James got incredibly rocky for Brittan during an emotional workshop when she took a marker to his personal punching bag and wrote down the fact that he was lacking in the physical intimacy department. James seemed to be a little offended and annoyed that she called him out in front of everyone in the group. It just goes to show that things between James and Brittan probably won’t last for long since they won’t even be together in part 2 of Season 4.

Ethan took it as his own personal green light to move in on Brittan after witnessing the downfall of her relationship with James. He noticed that she wasn’t getting the attention and affection that she wanted and realized that it would be a great time to intervene and shoot his shot. Although viewers haven’t had a chance to see the relationship between Brittan and Ethan fully form, sparks were already flying between the two.

He approached her while she was sitting by herself at the pool and struck up an interesting conversation that included a handful of compliments. She appeared to be flattered by the attention she was receiving from him. In fact, it seemed that she was ready to forget about James altogether. Viewers will have to wait and see if Ethan and Brittan’s relationship will go the distance since they were barely just getting started at the end of Season 4’s first half.

The relationship between Nick and Jawahir seems to be one of the sweetest and most sentimental relationships in Season 4 of Too Hot to Handle so far. At first, Nick seemed to be lost in his own world meditating and practicing Law of Attraction methods without any interest in pursuing the women on the island.

When he finally decided who he wanted to be with, he honed in on Jawahir right away. Unbeknownst to him, she had already spent quite a bit of time crushing on Nigel. Those feelings were unrequited for the most part, but they were still a factor. After that, she shared a kiss with Seb. Her kiss with Seb would’ve been less of a big deal had she been open and honest to Nick about it at the beginning of their conversations.

Instead, she waited until the mechanical rule-breaking machine (Lana) announced it to everyone. In the end, Jawahir apologized to Nick in a very heartfelt way leading viewers to believe that their relationship may definitely last beyond the show. Nick forgave her for omitting the truth and they seemingly moved on from the drama.

Things between Sophie and Creed were going great for a while. They seemed to be totally hitting it off on the island with tons of things in common. In fact, Sophie took her connection with Creed so seriously that she even rejected affection from Ethan when he offered her a kiss on the island that wouldn’t have deducted any money from the prize fund.

Sophie’s determination to see a fairytale ending with Creed was admirable, but unfortunately, Creed was never on the same page. As soon as Flavia showed her face on the island, Creed decided to jump ship. Because of this, we know for sure that Sophie and Creed’s relationship does not make it past the end of the show.

Creed was more than willing to cut things off with Sophie to pursue things with Flavia. Although his connection with Sophie seemed to be genuine and heartfelt, he started thinking about the passionate moments he would be able to share with Flavia. The fact that he was comfortable cutting things off with Sophie in such an abrupt manner says a lot about his feelings for Flavia. Because of this, it’s possible that his relationship with Flavia will continue beyond the end of Season 4.

One of the most frenzied relationships to keep up with in Season 4 of Too Hot to Handle is the one between Kayla and Seb. Sure, he kissed Jawahir at one point, but his interest in Kayla has been an interesting plot point to follow from the very beginning. Kayla and Seb are the couple who have broken the most rules and spent the most money out of the prize fund.

They actually sealed the deal in a public bathroom stall in the heat of the moment. They were tested in the private suite by Lana because of all their intense urges. Since they have so much shared passion for each other, it’s possible they are a solid couple who will remain together beyond the show.