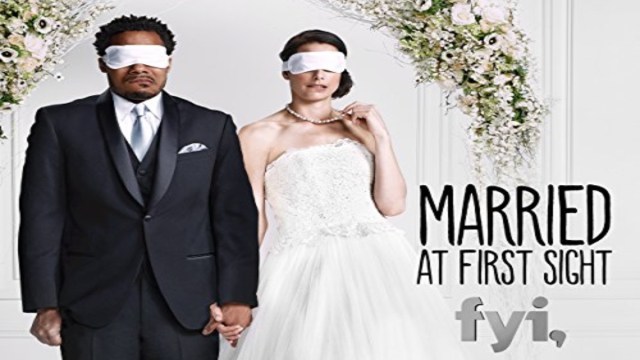 Married at First Sight is a show about a modern-day matchmaking experiment, where a group of experts pairs off hopeful singles, in an attempt to help them find their forever person. That’s the idea anyway, but one expert seemed to have her eye on more than just matchmaking the singles, as she ended up matchmaking herself!

Dr. Jessica Griffin was one of Married at First Sight’s experts from seasons 6-8 when she abruptly left the show following the season eight finale. Viewers were confused by her sudden departure, but the reason behind it would prove even more shocking. Through the course of matching the show’s couples, Dr. Griffin had found a partner for herself! It was revealed that she and Jon Francetic of season six were dating.

Jon had been matched by Dr. Griffin in season six of Boston to his then-wife Molly Duff. The two had a rocky start that got even rockier as the show went on. The couple ended up calling it quits even before Decision Day following a very nasty incident. When the couple met with Dr. Griffin following the fight, Dr. Griffin shocked fans by accusing Molly of being untruthful and telling her she was ‘tired of her lies.’ It was very intense, even for an MAFS expert, a group not exactly known for holding back. No wonder Dr. Griffin was so defensive, she was falling in love with Jon!

Jon and Molly ultimately got a divorce and he and Dr. Griffin began dating, which of course caused quite a scandal in the MAFS community. Although nothing can stop true love we guess, because these two did not seem to mind, and continued with their relationship for several years. Their Instagram feeds are full of pictures of each other cuddling up, looking cozy, and flying off to exotic locations.

While many viewers thought the romance might just be a fling, as the years passed the couple proved them wrong. They knew it was love. After four years of dating, the two got engaged and recently finally tied the knot.

The wedding was held at Ventosa Vineyards in New York with many MAFS familiar faces in attendance. Season one’s Jamie Otis and her MAFS hubby Doug Hehner were there, and even Jephte and Shawniece Pierre of season six, who were paired by Dr. Griffin. They now have a four-year-old daughter together, who they named Laura. Pastor Cal Roberts, one of the other experts from the show, was front and center also as he led them through their vows, officiating their wedding. “Now our love story is one for the books, and it will always be my favorite love story.” Dr. Griffin gushed in her vows to Jon. By all appearances, these two couldn’t be happier.

While the two may not have had the most conventional start to their relationship, for someone who ‘loves a good love story’ as much as Dr. Griffin, it appears she may have gotten her wish. A truly one-of-a-kind love story with a happily-ever-after ending. Sorry, Molly.