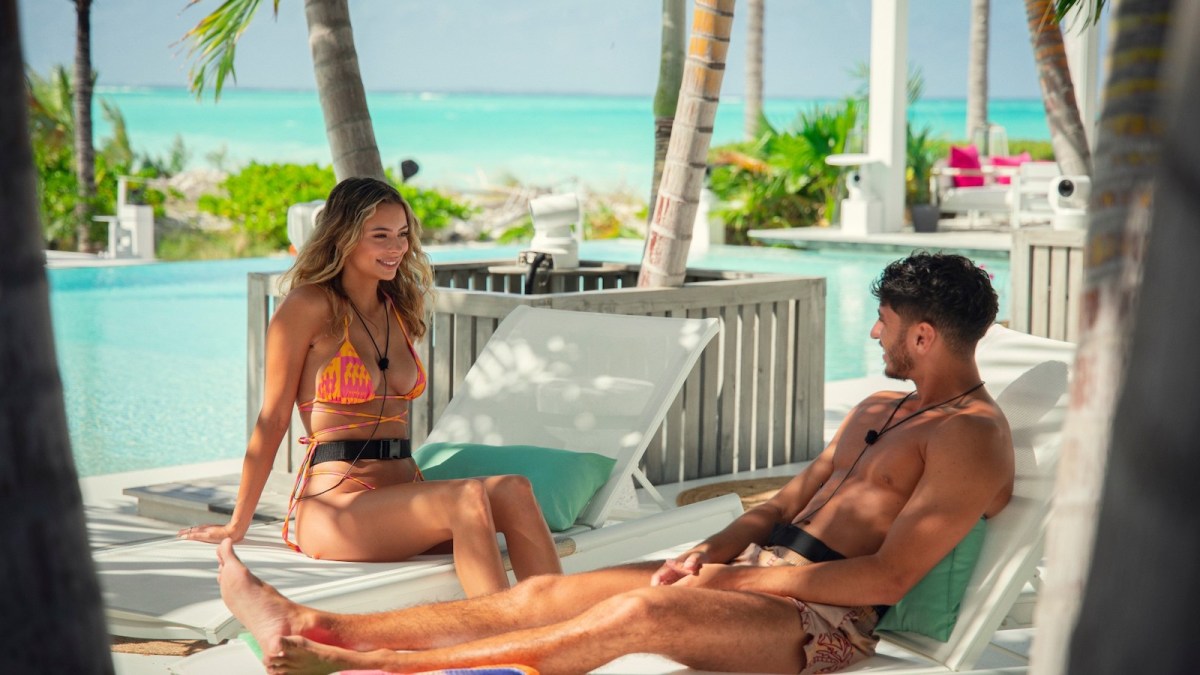 One of the most intriguing couples on season four of Too Hot To Handle was Seb and Kayla. Seb is a professional race car driver from Scotland, while Kayla is just starting off as a professional model in Los Angeles. The couple certainly did not think that they would fall for each other as hard as they did during the duration of the show.

Kayla certainly caught the attention of most of the guys at the villa when the show first started, and that included Seb. On the other hand, Seb was not Kayla’s typical type coming into the show, but he was able to show her how great he was. While the two broke multiple rules together during season four, they also broke a few rules with other contestants before they got together.

Who did Kayla break rules with before getting together with Seb?

Kayla caught the eye of all the guys the guys on the show. Other than Nick, every guy made it clear that they thought Kayla was very attractive. This gave Kayla her pick on who she wanted to form a connection with.

During the first episode, before the cast knew that they were on Too Hot To Handle, James was making smooth moves to try to win over Kayla, who enjoyed the attention from him. When everyone found out what show they were on, James unfortunatley became more focused on the money rather than forming a connection, until he had a breakthrough at a workshop and became one of the show’s darlings. James and Kayla, however, did not break any rules together.

One person Kayla sure did break rules with was Nigel, a smooth-talking personal trainer from New Jersey, who made it clear that he thought that Kayla was beautiful as well. The couple kissed after they found out what show they were on, thus money from the prize fund was taken out. Kayla and Nigel did not last when Nigel started to pursue Dominique right after talking to Kayla, and then lied about it. For what it is worth, Nigel showed a lot of growth and development during the show, making him a lot easier to root for at the end.

After Nigel, Kayla ended up finding her way to Seb.

Who did Seb break rules with before getting together with Kayla?

Seb also caught the eye of many of the girls when he first walked into the retreat. Seb made it very clear from the jump that he fancied Kayla and wanted to try to get together with her.

Seb also talked about how attractive he found Jawahir. While Seb was not Jawahir’s first choice, Seb had a great personality and made her laugh, which Jawahir found very attractive. During their time on the beach together, the two did end up kissing, costing the group some money.

While Seb still did find Jawahir attractive and cool, he felt like he had to jump at his opportunity for Kayla when it presented itself. This worked out for the best for both parties, as Seb and Kayla formed a relationship, and Jawahir and Nick were able to blossom with their own relationship.

Are Seb and Kayla still together?

As of December 18th, 2022, the couple has not posted their relationship status. This is not a negative, though, as there have been Instagram stories that have pictured the two together. While they are also with other cast members, it seems highly unlikely that they would post stories in the same picture together if they were not still together in a relationship.

Seb and Kayla, even though they broke a lot of rules and cost the group money, became very easy to root for on Too Hot To Handle. Their chemistry together was amazing, and fans are hoping tthat Seb and Kayla have a long and healthy relationship.