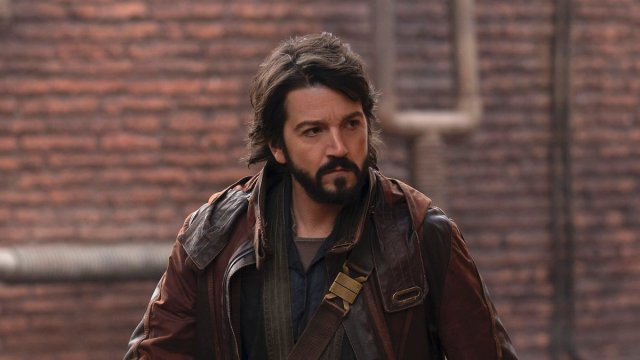 It’s an excellent time to be a nerd, especially a Star Wars one. The galaxy is a vast place, both metaphorically and in terms of intellectual property. There are so many new series exploring it all. There’s Ahsoka starring Rosario Dawson which will explore the character who was once Anakin’s padawan. There’s Skeleton Crew set to be directed by Jon Watts of Spider-Man: No Way Home fame and starring actor Jude Law in a yet-to-be-disclosed role.

And, naturally, there’s Andor. On September 21, 2022 the new Disney+ series Andor will premiere and join the Star Wars universe. It will feature both some previously seen characters and new ones. Let’s break down what this new series is all about, the creative team behind it, and the characters it features, including Cassian’s sister.

What’s Andor all about?

Andor follows the character Cassian Andor, a rebel spy, played by Diego Luna, who is reprising the role from the movie Rogue One. Because of how Rogue One ends, it has to be a prequel to the story. It is set five years before the events in the movie.

This series is about the real people of the resistance instead of the royalty and upper class. There is no Princess Leia or equivalent. Instead, the series focuses on the more mundane everyday person, such as a teacher or plumber. Think less crowns, more over-crowding.

Who’s the creative team behind it?

Andor was created by Tony Gilroy, who also acts as its showrunner. Tony co-wrote the screenplay for Rogue One, so he is no stranger to this universe.

Tony told Variety about how this series will be different from anything else in the Star Wars universe. “They’ve made all this IP about the royal family, in essence. It’s been great. But there’s a billion, billion, billion other beings in the galaxy. There’s plumbers and cosmeticians. Journalists! What are their lives like? The revolution is affecting them just as much as anybody else. Why not use the ‘Star Wars’ canon as a host organism for absolutely realistic, passionate, dramatic storytelling?”

Who’s in the cast?

Because of its emphasis on “real people”, most of the characters are new. Diego Luna reprises his role as Cassian Andor and the audience gets to see his development into a rebel spy. Genevieve O’Reilly reprises her role as Mon Mothma, who was supposed to be in the original trilogy but got cut out. The character was instead used in Rogue One and Star Wars Rebels. Stellan Skarsgård portrays spy Luthen Rael and Denise Gough is Empire Officer Dedra Meero. Rounding out the cast is Kyle Soller as Syril and Fiona Shaw as Maarva, Cassian’s adopted mother.

Cassian’s sister will also be part of the story, but viewers will have to wait until the show is out to know exactly how. Kleya will be played by Adria Arjona. Adria Arjona is also said to be playing Cassian’s friend and possible love interest Bix Caleen. Bix is a mechanic with an elusive past. Adria describes her as someone that “isn’t afraid of getting her hands dirty. She’s a risk-taker. She is bold and fearless.” Could these be genetic traits?

In the first episode Cassian is searching for his long lost sister. Perhaps she is closer than he imagined? This would be similar to Luke and Leia’s intense feelings for each other before they found out they were brother and sister. Time will tell who Kleya and Bix really are in a galaxy far, far away.