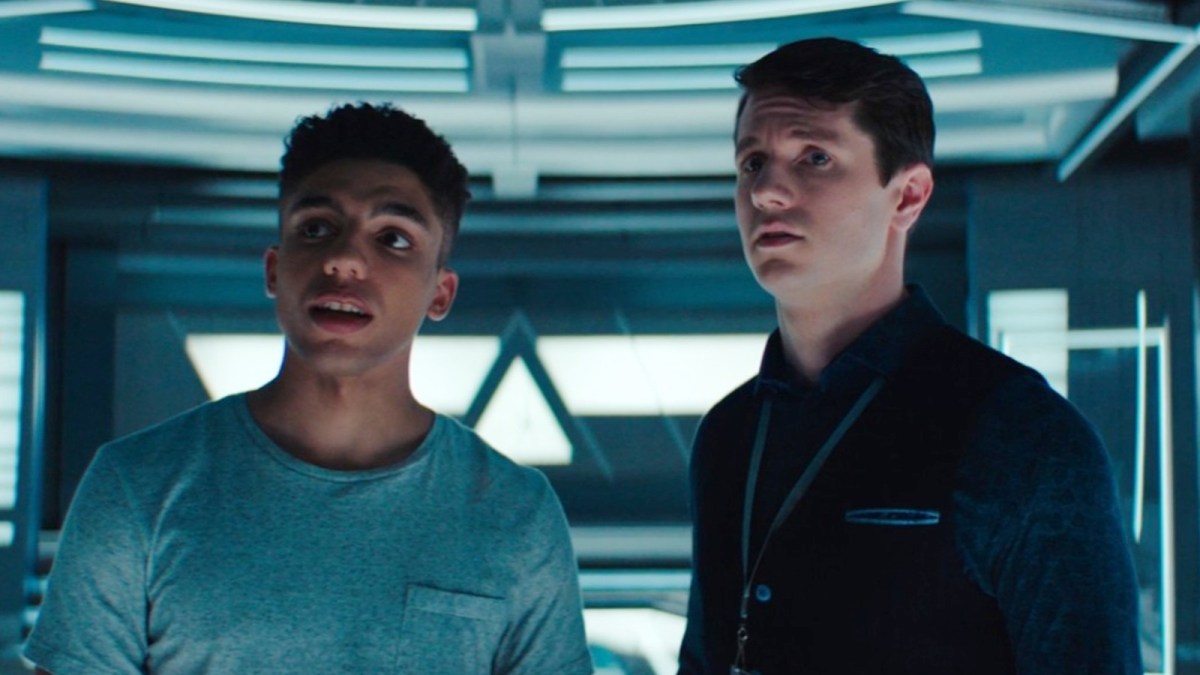 The heroes in Titans season four have their work cut out for them with a dark prophecy looming over the world, but that doesn’t mean the new Robin can’t find some love amidst the chaos.

Jay Lycurgo joined the series in season three as the intelligent Tim Drake who was able to deduce Batman’s true identity. He wanted to be a hero and helped the Titans save Gotham City from Jonathan Crane/Scarecrow (Vincent Kartheiser) and his reign of terror. For his efforts, Dick Grayson/Nightwing (Brenton Thwaites) permitted Tim Drake to join the team and train as the new Robin, and he traveled with them on their trip to Metropolis.

In Titans season four, episode one, “Lex Luthor,” the Titans visit S.T.A.R. Labs in Metropolis after a message is sent to Conner Kent/Superboy (Joshua Orpin) to meet him there. Although Superman was called away to an important mission, the team was introduced to Bernard Fitzmartin (James Scully), the Director of Special Projects at S.T.A.R. Labs, and from the moment Tim met Bernard they were smitten.

The team takes a tour around S.T.A.R. Labs and their abilities are tested with top-of-the-line equipment. This facility acts as a home base of sorts in this season of Titans, and Bernard their main point of contact. He’s been helping them figure out what’s happening with Mother Mayhem (Franka Potente) and her interest in Sebastian Sanger/Brother Blood (Joseph Morgan), and he’s been spending quality time helping Tim Drake train to become the new Robin. Nightwing has prevented the heroic hopeful from getting too involved in battle until he’s ready.

In episode three, “Jinx,” Tim tests out his retractable bo staff against Conner in a VR simulation to test his skills. Of course, his physical attacks are useless against the Kryptonian, and Tim and Conner start trash-talking one another. Bernard has to step and get them to cut it out, and there’s some flirting between him and Tim between the action and bickering.

Tim grows tired of standing on the sidelines and wants in on the action with the rest of the team. In episode five, “Inside Man,” Tim and Bernard are on monitor duty, watching S.T.A.R. Labs in case Mother Mayhem comes for Sebastian. Bernard reminds him that Dick says this job requires deep commitment and sacrifice and Tim has to really want this before he jumps in. Bernard adds that he believes in Tim and that he’ll know his moment when it comes.

Tim and Bernard’s monitoring pays off when they notice a snake in the laboratory — like the snake that killed Lex Luthor. Tim rushes out to investigate before Bernard can stop him, and when they find it chases after them through the hallway. They narrowly escape, hide in a room, and share a meaningful stare as they hold the doors closed.

Superboy has been cursed and his body’s been taken over by a snake thanks to Mother Mayhem. Gar Logan/Beast Boy (Ryan Potter) transforms into a virus and enters his system carrying Jinx’s (Lisa Ambalavanar) magical blue ash to infect and expel the snake, and it works! Only, Superboy vomits up the snake and it starts attacking the team. Tim Drake steps up and uses his bo staff and smashes its head in before it strikes Bernard, saving his life. He finally found his moment. In private,

Tim thanks Bernard for his words of encouragement and Bernard tells him that the snake didn’t stand a chance against him. Tim says that his killing the snake wasn’t his moment, and kisses Bernard to show him what his moment actually is.

Bernard in the comic books

Bernard Dowd made his first Prime Earth appearance in Batman: Urban Legends #4 by Meghan Fitzmartin and Belén Ortega, the infamous issue where Tim Drake comes out as bisexual. This is also where Titans got Bernard’s “Fitzmartin” name from. Bernard was a former classmate of Tim who had harsh parents that expected too much from him. Bernard liked having fun, he preferred video games to schoolwork and he became passionate about Robin and his heroism — despite not knowing that the hero behind the mask was Tim.

Robin has been investigating teen kidnappings in Gotham City with no obvious pattern between them. Barbara Gordon/Oracle tells him that he needs to prioritize his personal life, and he goes to meet Bernard for dinner, but the Chaos Monster ruins their nice evening, uses chloroform powder on Tim and kidnaps Bernard.

Robin investigates more and learns that Bernard got into the Children of Dionysus, a cult that specializes in pain through enlightenment. Tim Drake questions people, works with Detective Williams, and goes undercover to learn more about the cult, and realizes how much he cares about Bernard. He finds Bernard, who proves to be a capable fighter because of his martial arts training inspired by Robin, and Tim says that he’d like to continue their date.