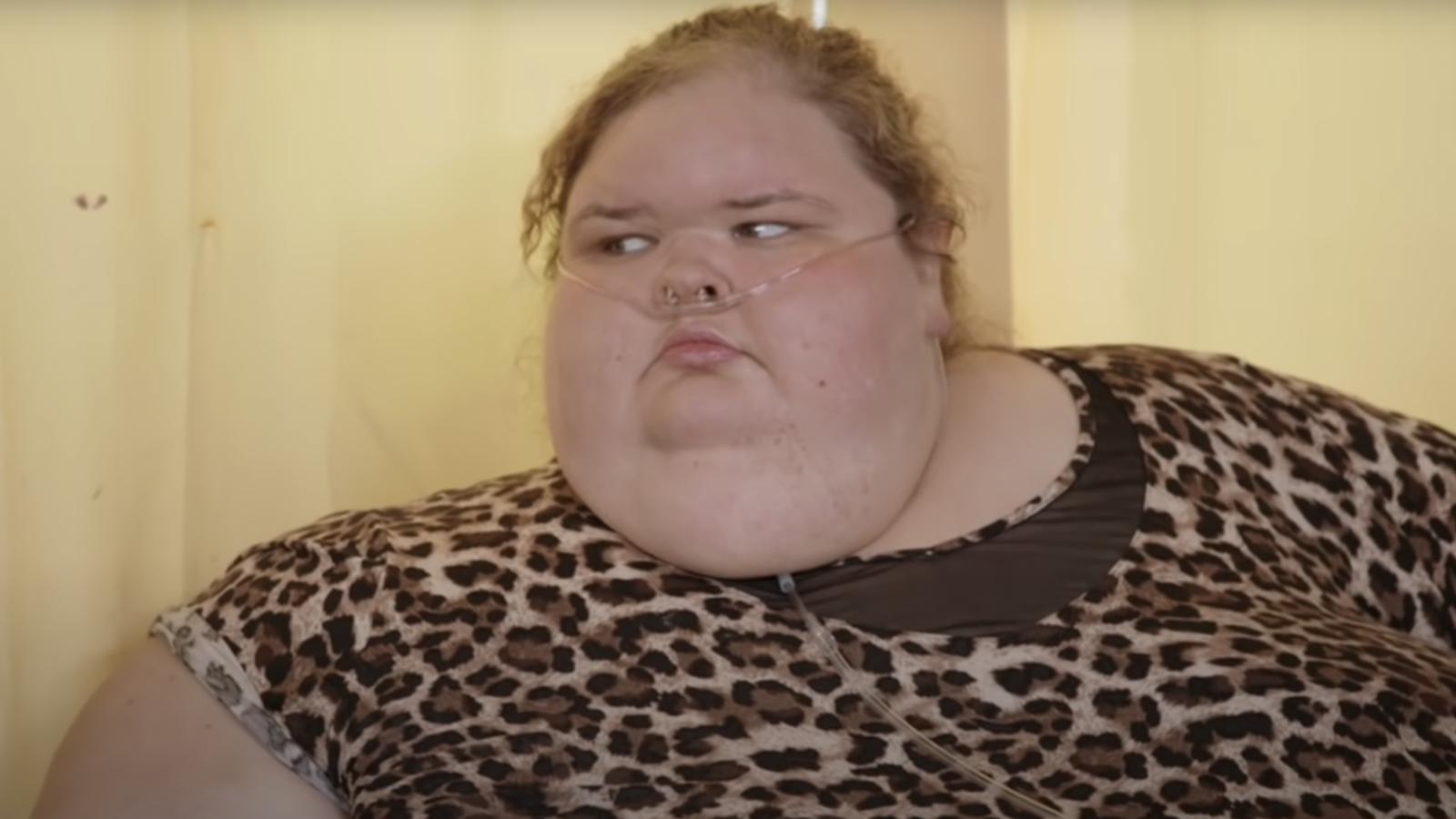 The TLC network is well known for its wide variety of reality television shows. From Dr. Pimple Popper to Sister Wives — viewers get up close and personal with people from all walks of life, and they’re given a front-row seat to the ups and downs along with their stories. While many relate reality TV with salacious stories and, ironically, an embellished version of the facts, some shows truly focus on the narratives being shared.

One of TLC’s most popular series is 1,000-Lb Sisters, which highlights Amy and Tammy Slaton — sisters from rural Kentucky who were in life or death situations when it came to their weight. The title of the series alone says it all. Tammy and Amy weighed 1,000 lbs combined and they were up against the the fight of their lives — for their lives. While Amy has had a more successful walk with losing weight and trying to become independent, Tammy has struggled and been in the news for several upsets along the way.

Again, the focus has been on Tammy for recent health struggles and a significant step forward in her weight loss journey. Tammy recently lost over 100 lbs in a food addiction rehab center, but we must understand her journey to understand why this is so important.

Who is Tammy Slaton?

Tammy is a 35-year-old from Kentucky who became well-known for her series on TLC. 1,000-Lb Sisters aired for the first time in 2020, and fans have become deeply invested in the sisters’ lives and success on their journey. She also runs her own YouTube channel, shares her life on various social media platforms, and earns money through vlogging. Salton has a close relationship with her sister, Amy.

Tammy and Amy have always coped with the stresses of life by turning to one another and to food for comfort, leading them to become dependent on both. While beneficial and full of love, their relationship has also caused more profound stress and, at times, led them further into their food addiction.

Slaton’s relationships have also been a big part of her social persona. She has a habit of picking guys who seem to have ulterior motives for dating her, and her latest love interest reportedly told her that if she lost too much weight — he would leave her. Slaton’s siblings have often pleaded with Tammy to leave these types of men behind, but viewers know that having a partner is important to her.

In the most recent episodes of 1,000-Lb Sisters, Slaton’s weight issues had once again been a source of pain, strife, and frustration for Tammy and her loved ones.

Who are Slaton’s siblings?

As we mentioned above, Tammy has a sister named Amy — and she’s also got sisters named Misty and Amanda. The Slaton siblings also have a brother named Chris who has chronicled his weight loss journey in episodes of the series as well.

Both Chris and Amy have undergone weight loss surgery that fans could see through the TLC series; Tammy has yet to lose the required weight to have the surgery that could save her life.

What is the latest with Slaton’s health?

The Sun reports that Slaton recently lost 115 lbs at a food addiction rehab center in just 30 days. She was placed in a medically induced coma before the extreme weight loss as her lungs were beginning to shut down. Her brother, Chris, explained more about her condition in the season finale of 1,000-Lb Sisters this week.

While the journey to reaching this milestone in her weight loss journey was terrifying, it is a positive step forward for Slaton. As seen in her recent TikTok videos, she has a trach, but she looks healthier than fans have ever seen her. Slaton must weigh under 500 lbs to be able to have surgery, but her doctor has told her if she can achieve that goal, he’ll arrange for surgery when she leaves the rehab facility she’s currently staying in.

Friends, family, and fans are hoping this was the first leap to Slaton being able to qualify for weight loss surgery, and we’ll be keeping up with her TikTok in the meantime. You can watch previous episodes of 1,000-Lb Sisters on TLC and keep up with Tammy via her TikTok videos.