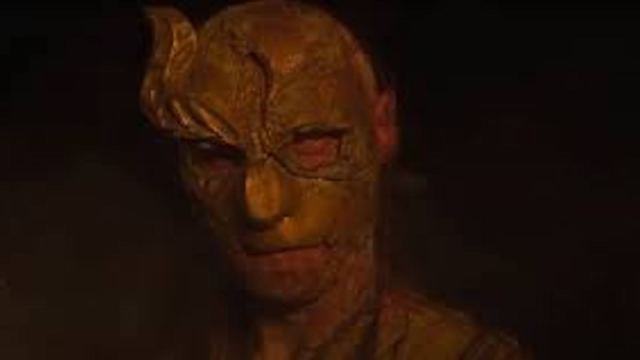 A new possible threat has become more apparent in House of the Dragon with the Crabfeeder making his presence known more and more. The writers of the show have decided that there is no time like the present to introduce a new potential threat and show him, as opposed to waiting to show the Night King for so long in Game of Thrones.

Fans knew who the Night King was, but never really knew his true power. However, after the second episode of House of the Dragon, fans know that Crabfeeder is ruthless. But, who exactly is the Crabfeeder?

The Crabfeeder, Craghas Drahar, is the prince admiral of the Triarchy. The Triarchy are free cities that are not part of the kingdom controlled and ruled by King Viserys. They were shown to have killed the pirates that have overtaken the Stepstones which are islands that are in the middle of the sea.

The episode shows that the pirates were very easily taken over and that they did not put up much of a fight. It also showed the pirates dying one of the most gruesome and painful deaths that anyone could ever imagine. Now, most would think that getting rid of pirates would be a good thing.

However, Lord Corlys Velaryon, the Sea Snake, thinks that this could lead to big problems in the near future. He believes that united, independent cities could be a huge problem to the crown. This becomes a real issue if they believe that they can overtake the crown easily. They have shown that they do have true power by overtaking the pirates with such ease.

Lord Coryls also knows that his kingdom, which is near the sea, is in danger as being the first one hit. The kingdom has never gone to war with the free cities, in an attempt to show good faith. However, the fact that there has not ever been a battle means that the free cities might grow into thinking they could win.

With King Viserys not on board with any type of war, Lord Coryls decides that he needs to look for help elsewhere. He finds help in the form of Daemon Targaryen, the brother of the king who is not trusted by anyone within the kingdom. This could lead to a future battle between the Crabfeeder and Lord Corlys and Daemon. All of this is speculative, but it would seem as though the Crabfeeder could make a push at Westeros in the future.