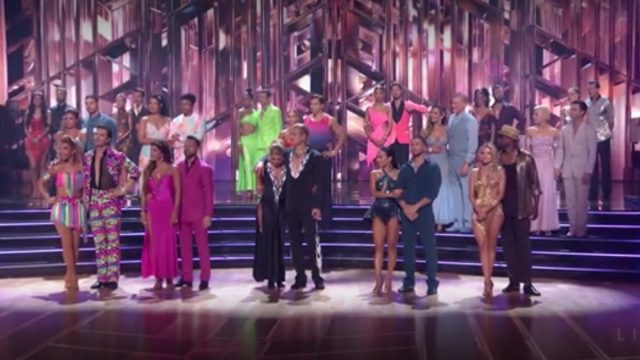 Dancing with the Stars/Disney Plus

The latest season of Dancing with the Stars kicked off on Disney Plus on Monday, September 19, dazzling fans with several stellar performances right off the bat.

Season 31 marks the show’s debut on Disney Plus, following a shift from its former home on ABC. It made its premiere with aplomb, thrusting several big names into the spotlight and dazzling audiences with a collection of celebration-themed performances. Spirits were high in the debut episode, but this is a competition series. Eliminations are inevitable, even in the first episode, and audiences already had to say goodbye to one of the season’s pairings.

Who was eliminated first on DWTS season 31?

Disney Plus aims to change up the Dancing with the Stars formula somewhat for its 31st season, using its streaming format to get extra content to viewers during what would be commercial breaks on cable television. It’s still sticking to the heart of the series, however, allowing fans to cast their own votes for couples, and even allows Canadian fans to cast their votes in tandem with viewers in the U.S. and Puerto Rico.

The very first episode of season 31 saw stellar performances from several contestants, including the incomparable Wayne Brady and the surprisingly graceful Gabby Windey of Bachelorette fame. Selma Blair’s performance is already being discussed as a highlight, as people revel in her gorgeous waltz with partner Sasha Farber.

The highest score of the night went to TikTok star Charli D’Amelio and her partner Mark Ballas, who earned an impressive 32/40 overall. Wayne Brady and Witney Carson came in just a few points lower, at 29/40, barely beating Windey and her partner, Val Chmerkovskiy, who secured a score of 28/40, and tied with Shangela and Gleb Savchenko. From there it trickled down, with the majority of participants securing scores between 20/40 and 24/40, and a rare few shifting slightly above or below this range, according to TV Insider.

The lowest scores of the night went to couples Jason Lewis and Peta Murgatroyd and Vinny Guadagnino and Koko Iwasaki, who came in at 18/40 and 17/40, respectively. Despite their low score, however, Guadagnino and Iwasaki did not get the axe. Their opponents were sent home instead, making Jason Lewis and Peta Murgatroyd the first eliminations of season 31.