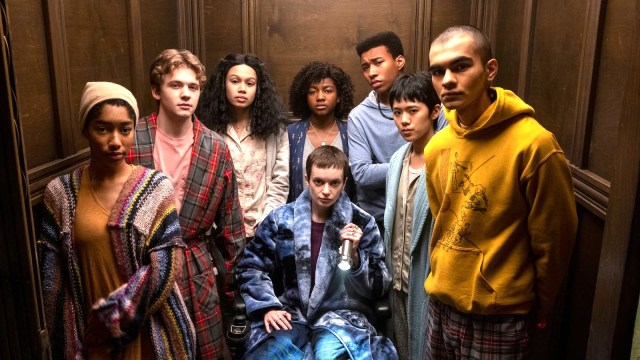 Warning: The following article contains spoilers from The Midnight Club.

The Midnight Club goes to great lengths to be era appropriate, but the use of one song in particular may stick out like a sore thumb to eagle-eyed fans whose interests meet at the cross-section of late 1990s to early 2000s rock music and horror.

This is of course in reference to The Midnight Club’s seventh episode, “Anya,” in which our gang of terminal teens had to give a heartbreaking but all-too-familiar farewell to one of their own. They all head down to the beach to scatter Anya’s ashes, and Cheri performs a beautiful rendition of Good Riddance (Time of Your Life) by Green Day on her cello.

In what year did “Good Riddance” come out?

The classic coming of age, end of an era anthem which we daresay has been played at many a high school graduation ceremony came out in 1997, three years after the events of The Midnight Club first season. One could explain this away with some clumsy head canon, saying Cheri’s connected parents knew the artists and heard an early demo or something, but that doesn’t quite fit considering the whole crew joins in on the singalong of the tune.

Why was the song used?

In this case, it may seem like an oversight on the Flanagan writing room’s part to have included a song from 1997 in a 1994 setting, which seems bizarre considering the usual attention to detail used in Mike Flanagan’s previous works.

It turns out, Flanagan knew the song was out of place, and confirmed as much in an interview with TVInsider.

“That song was really important to me in high school and in college. It felt like, thematically, the lyrics of it and hearing a cello version of it, it was irresistible. We went to great efforts to be authentic to the time period and to be exactly right on everything else, and then with that song, we were like ‘to hell with it, we’re going to use it anyway.’”

There you have it—the song held such significance during Flanagan’s formative years, as I’m sure is the case for most western millennials, that he and his team decided to bend the rules a little and say, “Close enough. Let’s use it.”