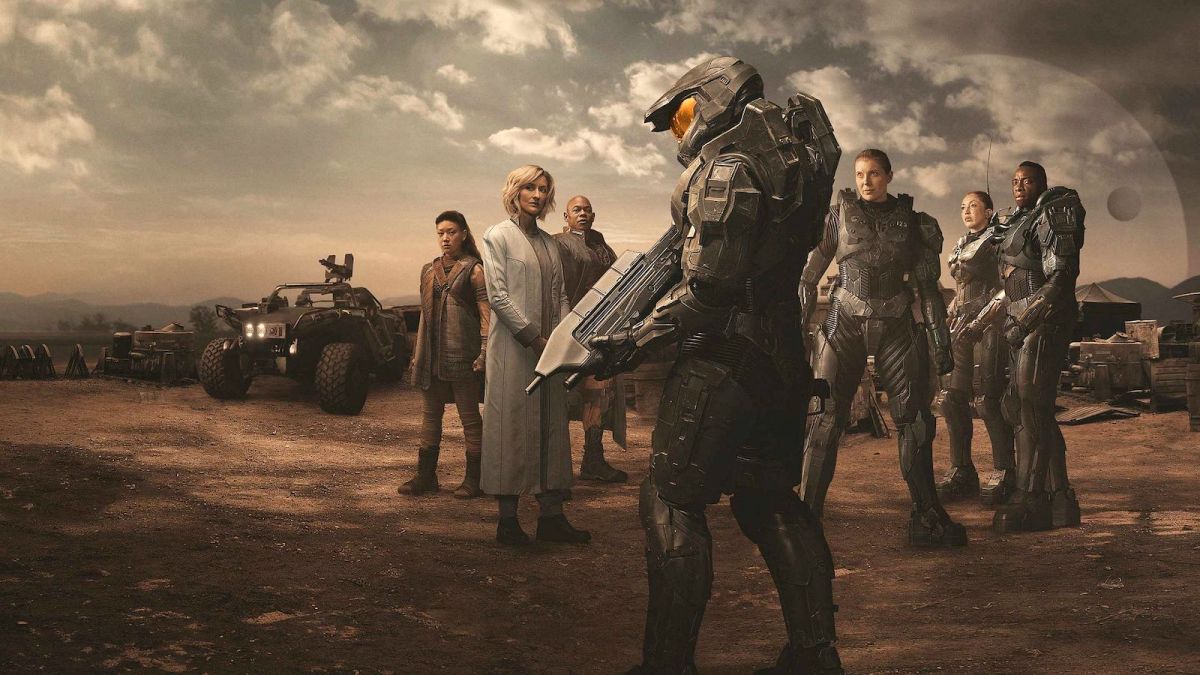 At long last, the Master Chief has returned to fight an unfamiliar battle. With Paramount Plus exclusively premiering its new Halo series on March 24, it looks like John-177 will be kicking Covenant ass yet again. No complaints here. Cue the symphonic chanting and orchestral theme music mayhem.

If you’re unfamiliar with the source material, here’s a quick history lesson. Adapted from the landmark video game series of the same name, Halo follows Master Chief as he and the United Nations Space Command (UNSC) compete in a showdown with an alliance of alien species known as the Covenant.

The Covenant seeks to destroy the UNSC by using giant machine worlds known as Halo rings that can be activated to kill all sentient life in the galaxy ⏤ which, if our math is correct, isn’t a good thing. Thankfully, humanity has one last hope: the Spartans.

Bringing Chief ⏤ played by Pablo Schreiber in the new series ⏤ to life meant changing one quintessential part of his character: his face. Until now, the man beneath the mask has remained a mystery, never once removing his helmet in the video game. The Paramount Plus reboot looks to alter that mythos, though, and provide a more intimate perspective of the soldier all Halo fans admire.

In an interview with SFX magazine shared via Games Radar, showrunner Steven Kane explained the reasoning behind the divisive choice.

“We’re going to tell a story about the man inside the helmet. If you read a book about the Master Chief, and there are many, they talk about him so you’re getting inside his head in a way that you wouldn’t get from playing the game. If you can give people that privileged point of view, why can’t you let them see his face?”

Not all fans have been happy with this decision, with many having even condemned the series before its release. For some, it’s hard to imagine a character so iconic changing in such a fundamental way. After all, one of the tentpoles of the Halo games was the lack of Chief’s face, which allowed gamers to connect more intimately to the hero through his actions and personality.

The harsh reality is that exploring Halo in a cinematic setting means having Chief exist three-dimensionally. To convey that humanity, struggle, and journey, he’s got to let his guard down, and revealing his face plays into that dichotomy. It may not be the best choice from a fan standpoint, but it’s a new one that can hopefully be respected more and more as the series plays out.

After all, Master Chief has been known to take a risk or two. Why should a show about his exploits be any different?