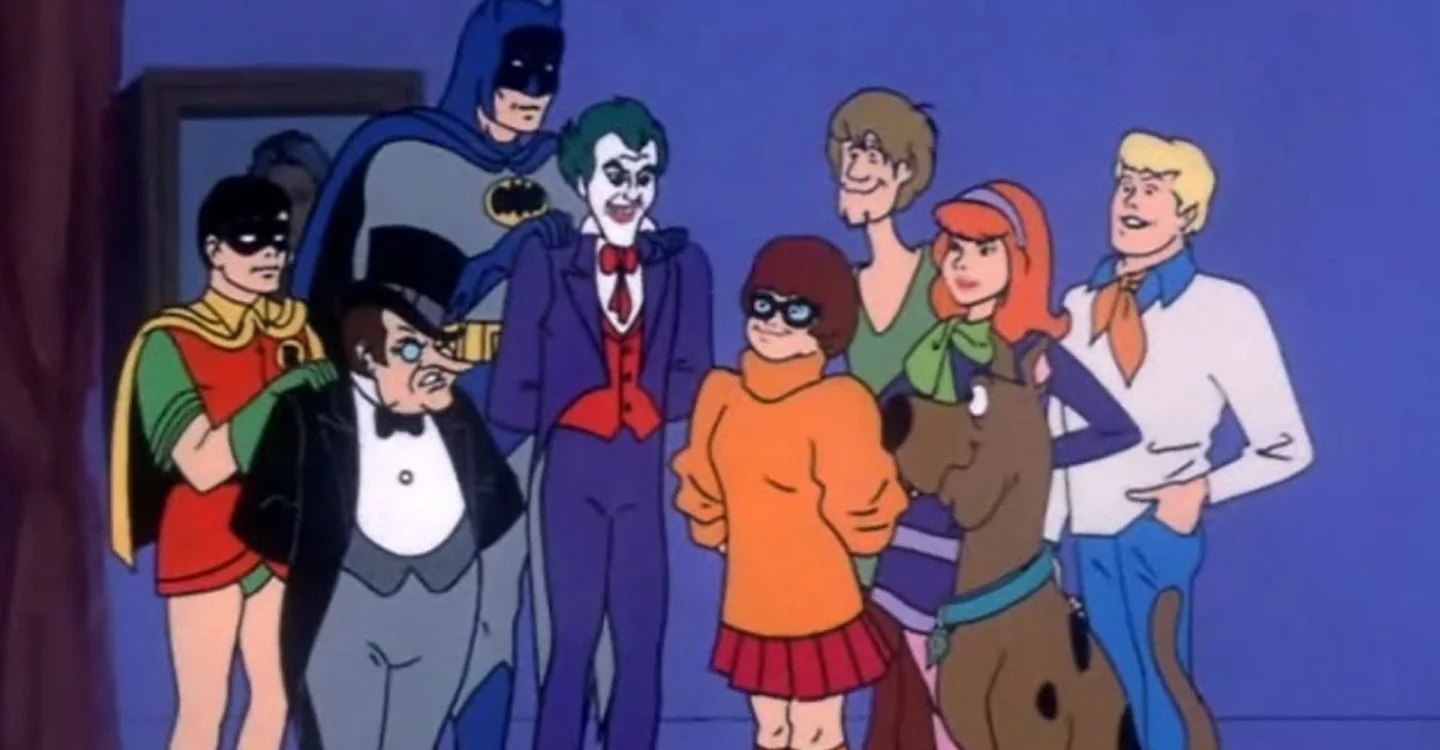 There’s a lot to appreciate about fan theories and the sheer robustness of an attention span required to connect a sequence of dots, no matter how far-fetched. It’s only made more impressive when the property in question is a Hanna Barbera cartoon from the late 60s, even if that cartoon is as timeless as Scooby-Doo: Where Are You!.

So, in honor of fan theories that make far more sense than they have any right to, we’re shining a light on Redditor IsCaptainKiddAnAdult’s claim that an original Scooby-Doo villain is the true face behind Cesar Romero’s characterization of the Joker. Yes, Joker, the Batman villain from the Adam West era.

In summary, the user points us towards the Ghost Clown in the Scooby-Doo episode “Bedlam in the Big Top,” a villain who terrorizes a circus over the course of the episode. He is ultimately revealed to be Harry the Hypnotist, who was previously employed at the circus before getting arrested for stealing from his employer.

In the 1960’s live-action Batman show starring Adam West, the Redditor claims that a line in the show states that the Joker used to be a professional hypnotist (which does, in fact, happen among the events of episodes “The Impractical Joker” and “The Joker’s Provokers”).

The user goes on to claim how “The Caped Crusader Caper,” which was a crossover episode of Scooby-Doo featuring Batman and Robin, featured a dynamic duo that very clearly is meant to resemble or even directly translate the campy, Adam West-led cast into the cartoon.

All of this evidence, plus several finer details right down to the geometry of the Joker’s nose, culminates in the conclusion that after Harry the Hypnotist was released from prison, he turned to a life of crime as the infamous Batman villain.