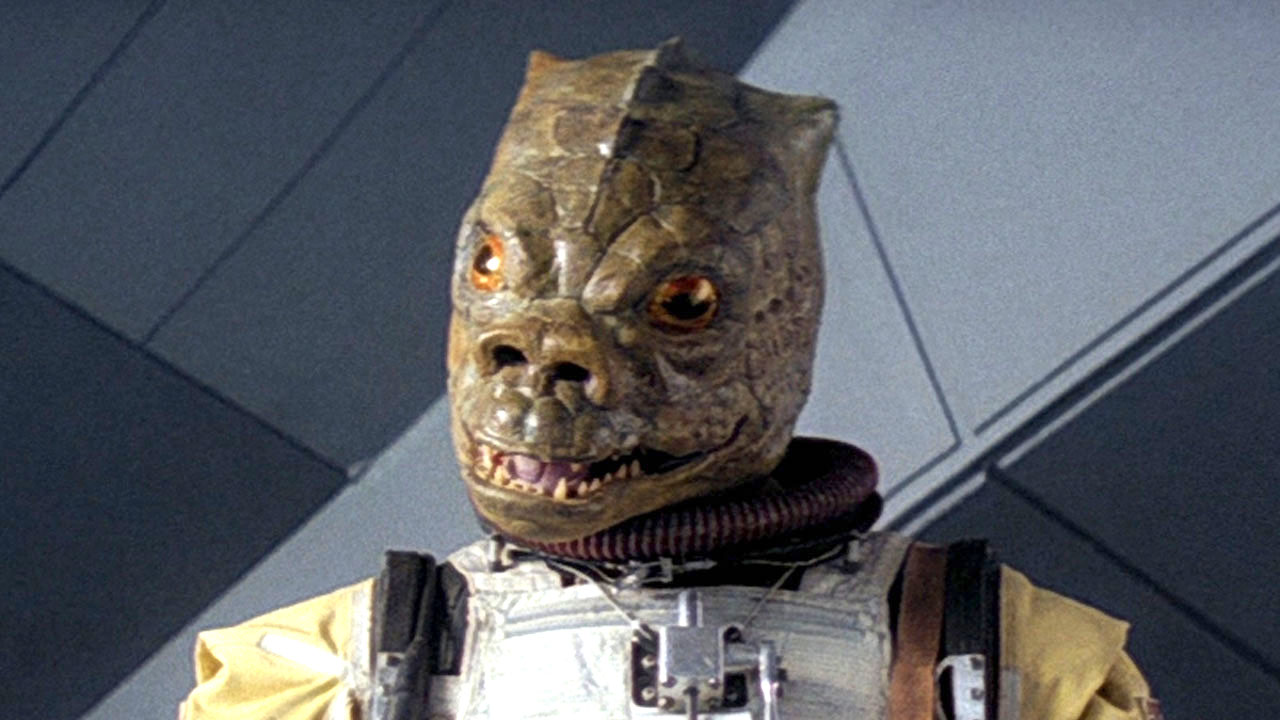 The Book of Boba Fett has brought back a few familiar faces from the wider Star Wars universe across its first four episodes, including Max Rebo and his band as well as Wookiee assassin Black Krrsantan in his on-screen debut. Someone fans felt sure was going to cameo in the Mandalorian spinoff who has yet to turn up, though, is Bossk. With just three episodes left to go of the first season, what’s the likelihood of that happening?

First of all, who is Bossk? Like Fett, Bossk was introduced in The Empire Strikes Back as another of the bounty hunters Darth Vader sent after Han Solo. Although he didn’t make the same impact on the SW fandom as Boba, the Trandoshan criminal has continued to be a popular character despite his short amount of screen time in the original trilogy.

The animated series Clone Wars expanded upon his connection to Fett, revealing that he once took the young clone under his wing and attempted to help him get revenge on Mace Windu for killing his father, Jango Fett. Fett then faced off against his former mentor in the recent War of the Bounty Hunters comic book arc in which Bossk tried to capture Fett after Jabba the Hutt put a price on his head. Boba won, but allowed Bossk to live out of recognition for their previous partnership.

The idea of these two ex-hunters coming back together again in Boba Fett is a tantalizing one, then, but it’s currently unclear if there’s room for Bossk in the show. That said, another Trandoshan has been introduced in his place. Dokk Strassi, a Tatooine crime boss, has appeared in Chapters 1 and 4 as one of Boba’s business partners now that he’s Daimyo of Mos Espa.

In the last episode, Fett struck a deal with Strassi and the other bosses to back him up as he attempts to take down the Pyke Syndicate — and fans think they’ve worked out who the secret mastermind behind the Pykes is. But what if the Pykes’ mysterious boss hires Bossk to take out Fett now that he’s interfering with their plans? While his opportunities for a cameo are dwindling week by week, there are still ways for the Trandoshan terror to return.