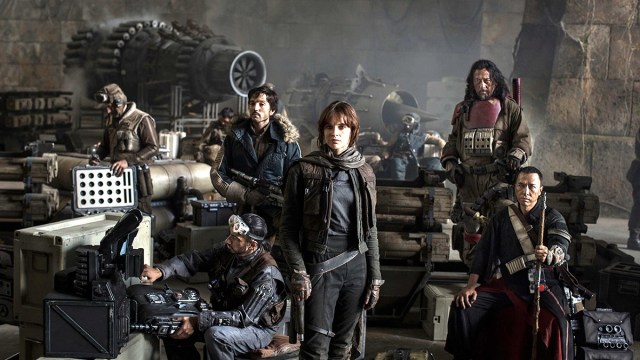 A lot of discussion around this week’s Andor will inevitably be about the return of Rogue One fan-favorite Saw Gerrera. Forest Whitaker’s ideologically committed partisan warrior is one of the most interesting characters in this time period, representing the opposite end of the Rebel spectrum to Mon Mothma’s subtle backroom politicking.

But another Rogue One character returned without any fanfare this week, and only the most attentive Star Wars fan will have spotted him. This is Duncan Pow’s Ruescott Melshi, who we last saw in the beloved spinoff as a veteran Rebel commando leader responsible for rescuing Jyn Erso from a labor camp, assembling the titular team, and helping successfully steal the Death Star plans.

He’s also a close friend of Cassian Andor, and as of this episode, we now know that they met while incarcerated on Narkina 5. There’s inevitably going to be a jailbreak sequence over the coming weeks, so we’re betting Melshi and Andor will realize they can trust each other during their escape.

Andor showrunner Tony Gilroy was also heavily tied up in Rogue One‘s production (directing the reshoots and reworking the script so extensively he was given a writing credit), so it’s nice that he’s clearly determined to weave in the events and characters of that story as closely as possible here. Here’s hoping for some more familiar faces over the rest of the show as we head to their inevitable heroic sacrifice on the shores of Scarif.