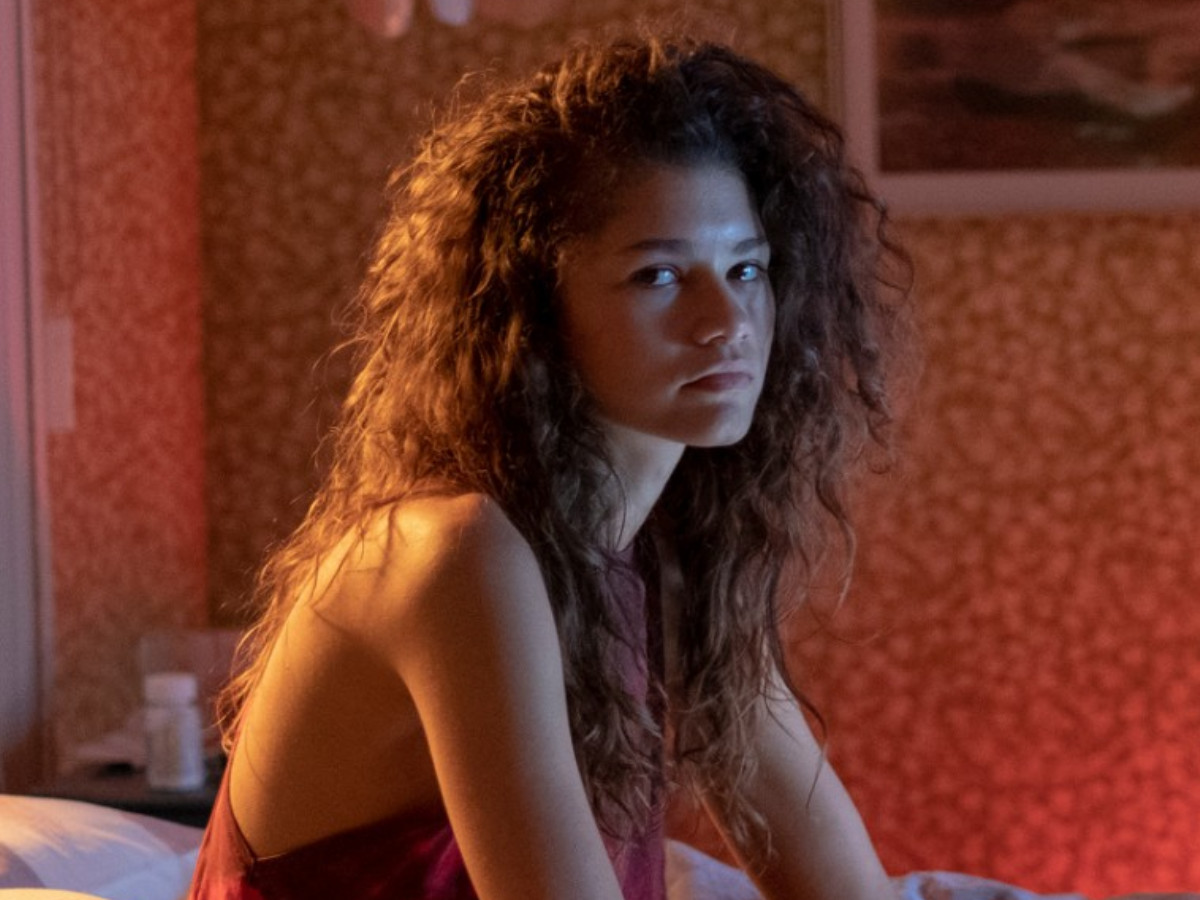 The HBO series Euphoria has reached new levels of trauma as lead character Rue Bennett battles the pains of addiction, and it’s also been taxing on Zendaya herself. Throughout season two, Rue has been hiding her drug use from those around her, but in the latest episode, “Stand Still Like a Hummingbird,” the truth comes out and chaos ensues.

In an interview with Entertainment Weekly, Emmy-winning actress Zendaya discussed the difficulties she faced filming the episode. “It was a very tough day,” said Zendaya. “I mean, I beat myself up. I still have some scars on my legs and got quite a few bruises. It’s always been a really intense episode…the general idea was always the same, which was this idea of, we cut right into an intervention, and it’s Rue just ripping her life apart and setting her life on fire and kind of tearing everything to the ground to basically come to hopefully what feels like rock bottom for her.”

The episode starts with Rue in a harsh fight with her mother Leslie (Nika King) and her younger sister Gia (Storm Reid) is in the house. Awful words are said and things get physical between mother and daughter. There’s a scene where Zendaya kicks and then breaks down a door to get into her sister’s bedroom all in an effort to find where her drugs are. She was meant to sell them to Laurie, a soft-spoken drug dealer who means business, and if she doesn’t get the woman her money she’s in serious trouble. Rue learns that the drugs were flushed down the toilet and she eventually agrees to be taken to the hospital. In the car ride, however, Rue changes her mind at the mention of rehab and escapes. This begins an episode-long adventure through different locations and intersecting with other characters in the show.

While all of this was harrowing, the intervention was especially hard for the actress. “It was so intense and scary to tackle,” explained Zendaya, “and obviously something that would be incredibly emotionally taxing, but also physically taxing. Also, I care about Rue and I hate when she’s in pain. And I think this whole episode, there’s so much pain and it’s bubbling to the surface, and it’s also crossed with her withdrawing, which is extremely physically painful.”

Rue’s journey is strenuous on her mind and body as she runs from the police, runs through traffic, climbs gates, and escapes criminals. The whole way through she’s battling withdrawal and often holding her stomach in pain. She also leaves a trail of destruction along the way, lashing out at people and exposing harmful truths. After she steals from a wealthy family and delivers money and valuable possessions to Laurie, she pleads for drugs to deal with her withdrawal symptoms and she’s given morphine. She’s shaking so badly that Laurie has to make multiple attempts. When Rue awakens, she’s locked inside the home and has to climb out of a two-story window to get out. Although she escaped, the danger for Rue isn’t over yet as she will have to deal with the fallout from her actions.

Euphoria airs Sundays on HBO and it’s available to stream on HBO Max.