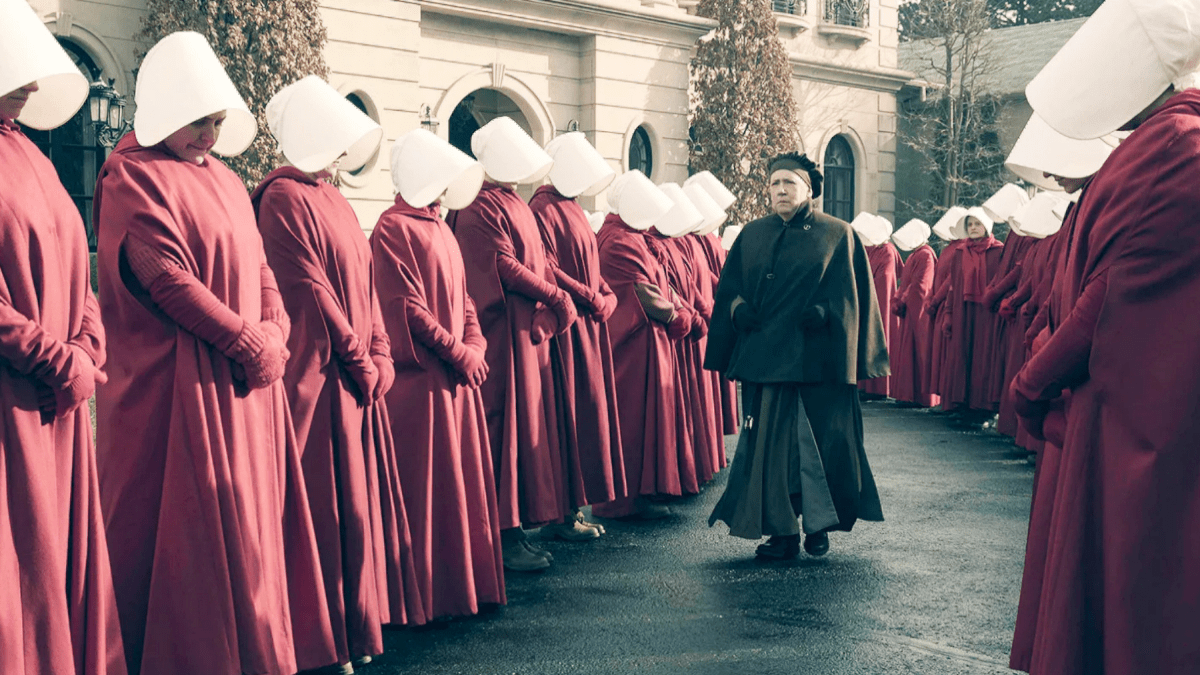 A new amendment to the existing dress code for Missouri’s House of Representatives is making the news for unfairly targeting women. The new changes would require female lawmakers to cover their shoulders by wearing a jacket or another shoulder-covering garment. In a planned meeting this past Wednesday, Democrat house members slammed the changes and social media quickly compared the new dress code to Hulu’s Handmaid’s Tale.

The previous iteration of the dress code stated women were to wear “dresses or skirts or slacks worn with a blazer or sweater and appropriate dress shoes or boots.” The new amendment, proposed by Rep. Ann Kelley, a Republican Missouri representative, would explicitly require women to wear jackets, specifically blazers, per a report from NPR. Kelley explained her reasoning by saying, “It is essential to always maintain a formal and professional atmosphere.” Fellow Republican, Rep. Brenda Shields came to Kelley’s defense and says the proposal simply clarifies the existing dress code.

House Democrats criticized the change, calling it classist, sexist and impractical. Democrat Rep. Jamie J. Johnson tweeted, “Why would we need to add additional class barriers to the idea that anyone could represent the people…” Rep. Raychel Proudie condemned the new rules as biased towards pregnant people, stating that a pregnant person would be forced to buy a new wardrobe if they were no longer allowed to wear cardigans to work. Rep. Ashley Aune pointed out the absurdity of the new change by asking how lawmakers could enforce it; would they have to physically check the material of every woman’s jacket? Aune told CNN:

It’s wild to me. I think it’s sending a message that the Republican Party, the Missouri GOP, doesn’t have the best interest in mind and (is) not focused on the important issues.

Others criticized the logic behind Missouri’s gun rights while lawmakers attempted to police women’s jacket choices.

One user called the reasoning behind the decision “right-wing ‘Christian’ extremism” much like the point Atwood made with her satirical novel.

Rep. Proudie shared a clip of her statements on Twitter, defending her criticism of the bill.

No matter the intent behind the change, it’s hard to deny the inherent inequality behind this new dress code. These political dress codes have been criticized for being behind the times, by both Republican and Democrat politicians. It’s clear these dress codes need to be modernized and seeing the Missouri House of Representatives continuing to try to control woman in 2023 is not a good look.