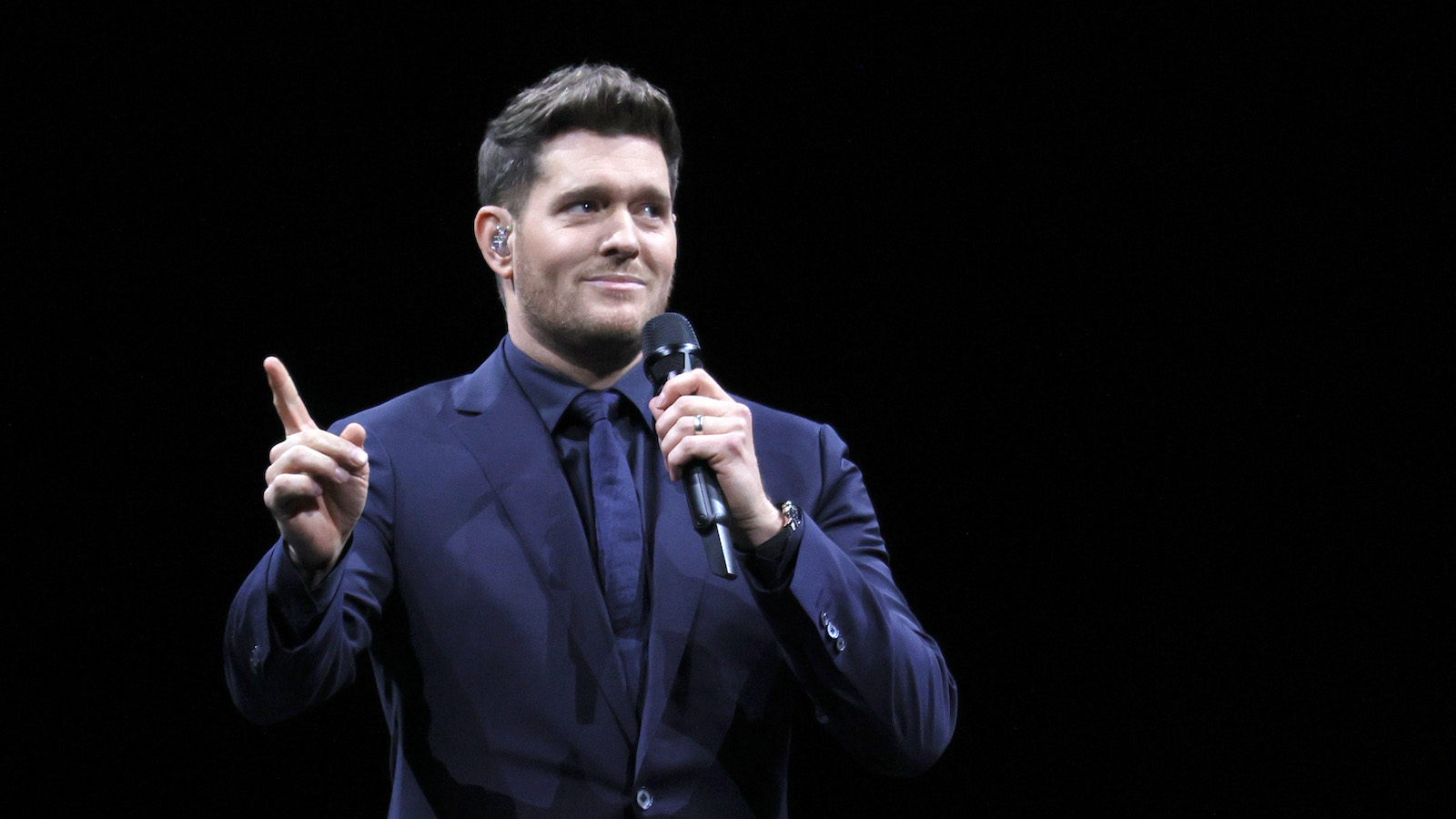 Grammy-winning singer Michael Bublé, 46, revealed that he and his wife, actress Luisana Lopilato, 34, are expecting their fourth child. The announcement was made via the release of a music video for his latest song, “I’ll Never Not Love You,” from his new album Higher, and later confirmed in an interview on On Air with Ryan Seacrest.

In the video, Bublé and Lopilato reenact iconic romantic scenes from classic films including Casablanca, The Notebook, The Princess Bride, and Titanic. The video ends with Bublé being brought back to “reality” by his wife in a grocery store, where Lopilato reveals her pregnant belly as she walks out with Bublé and their three other children, Noah, 8, Elias, 6, and Vida, 3.

In Tuesday’s Seacrest appearance, Bublé admitted that the video dropped before they had informed even their relatives, meaning that his family found out the same time as the general public: “I haven’t answered one – not a cousin. So this will be the first time that I actually say these words, but yes, my wife and I are grateful to be expecting.” And in case you thought he might be done having kids, Bublé continued, “I would love to have as many as she would let me have.”

Bublé began dating Lopilato after his relationship with British actress Emily Blunt ended in 2008. The couple was engaged the next year and married in Argentina in 2011. This is the second time his wife has appeared in one of his music videos, having also co-starred in the video for “Haven’t Met You Yet,” which became the first song to debut at number one on Billboard’s Canadian Adult Contemporary chart.