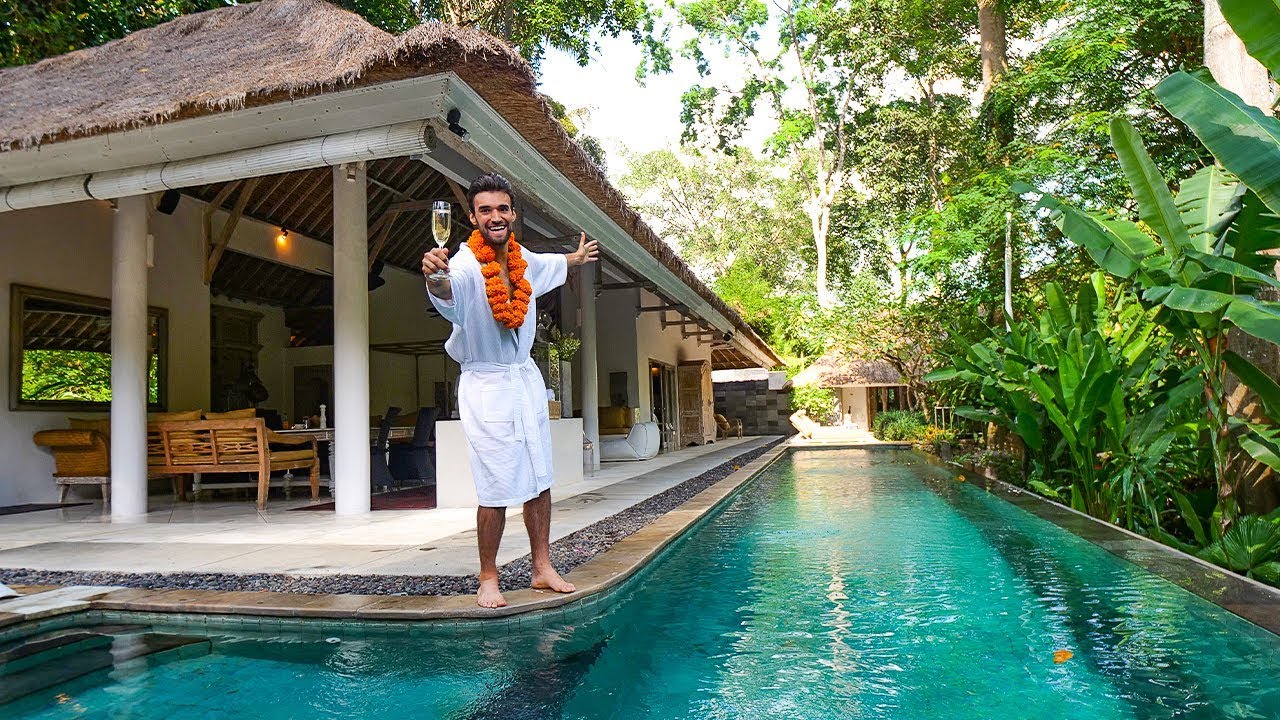 A large percentage of viewers on YouTube subscribe to travel channels for a myriad of reasons. While some long to feed their wanderlust, some seek budget travel advice, and others are in search of their next adventure. Whatever the case may be, travel vlogging is a very educational avenue to sharing information about the world at large.

Whether in the hopes of learning more about a country’s culture, food, and people, or to live vicariously through them, these YouTube channels dedicated to travel are sure to keep you on an endless loop on their channels by sharing the highs, lows, and most epic moments journeying around the globe.

Here are 13 amazing travel channels for every type of adventurer to enjoy.

Bald and Bankrupt is fronted by English travel vlogger Benjamin Rich. His channel, which has over three million subscribers and 500 million views, follows his travels around many parts of Central Asia and Eastern Europe. His raw and unedited vlogging style and his regular interactions with locals are what sets his channel apart from other glamorous travel vlogs on the platform. He mostly visits the countries’ rural areas and offers an insightful look into the lives of the residents. His  authentic style of vlogging has earned him a lot of praise from publications worldwide.

The channel’s host, Mike Corey, shows his viewers the most bizarre and extreme sides of traveling. The professional adventurer shares his insane travel experiences all over the world, and his encounters with locals. In a bid to challenge others to conquer their fears and explore the world, Corey’s channel has grown to house over one million subscribers. He is also a filmmaker and television host and delivers fun, exciting and epic travel content for the brave at heart.

Every week, travel couple Dave and Deb share their adventurous experiences with their growing subscribers list. Their blog is one of the most popular travel blogs ever, and the pair have been to all the seven continents of the world. Offering some of their most inspiring travel moments, guides, tips, and more, they are one of the most influential travel content creators.

Drew Binsky has amassed over three million subscribers simply by doing the unbelievable: traveling to every single country in the world. He uses his channel to tell absolutely inspiring and epic stories from his journeys and offers unique content for his viewers. He also has a budget travel guide for fans who wish to enjoy several countries without breaking the bank.

Mark, Jocelyn, and their two children form this down-to-earth and honest travel channel where the glitz and glam of travel is substituted with real experiences while in a country. Not only do they tell it as it is, they offer some vital travel information to their audiences as opposed to simply selling a destination.

Tennessee couple Kara and Nate have been traveling the world since they were newlyweds. They post videos of their journey around the world while sharing destination secrets and travel hacks. They have over 800 videos on their channel and recently celebrated meeting their goal of traveling to 100 countries by 2020. They have also created a travel app that helps travelers find cheap flights to their destinations.

One of the most popular travel channels on YouTube is LivingBobby. The passionate adventurer offers some of the most unique travel experiences, and explores the world’s most unique accommodations. His challenges are nothing short of epic, and all his content is directed to ensuring viewers summon the courage to travel, regardless of budgets.

This channel is a real treat for those who want to see places that are considered hidden gems. The videos highlight the hidden places in various countries while exhibiting unfiltered and genuine respect for the location, people, and culture. From finding the intriguing and unique attractions to understanding the culture of the place, the channel covers it all. With over 100 videos in the channel library, viewers are sure to be intrigued and inspired to visit these places.

This inspiring group of five are the epitome of family travel goals. When Garrett and Jessica Gee sold off all their belongings in 2015 so they could travel the world, people called them crazy. Today, they and their three kids are enjoying the nomadic life, hopping from one country to the other and enjoying a lifetime of adventures along the way. Their content is absolutely wholesome, and proves that having kids isn’t a barrier to seeing the world.

While some watch travel videos in preparation for their trip, or to satisfy their wanderlust, some watch simply to live vicariously through the vlogger. That’s where Trek Trendy comes in, a YouTube channel dedicated to showcasing the extremely expensive and luxurious ways to travel like royalty. With tips on which first class airlines to try, and which to avoid, the host, Will, says it like it is and offers brutally honest reviews about trains, planes, and more.

When three friends get together and travel the world, it’s always a fun ride. The Budgeteers aims to dispel the myth that traveling has to be an expensive endeavor, and the hosts try to have as much fun as they can with as little money as possible. If you’re constrained by a budget but want your grand travel adventure, then this is the channel to subscribe to.

Winner of the 2016 Travel Media Awards, Attaché conveys crucial information succinctly. The channel aims to provide guides that help travelers in, out, and around the greatest cities in the world. Knowing how easy it is to get lost in unfamiliar places, especially as a traveler that does not speak the local language, the channel conveys information concisely. With guides no longer than 20 minutes, information on food, transport, cost of living, and cultural etiquette is covered.

While embracing the minimalist life, Kristen and Siya travel with their baby in search of their next adventure. They give their audience practical advice on living full-time in an RV and on the road. They show both the highlights and the struggles that come with balancing a family and work-life while constantly on the move.