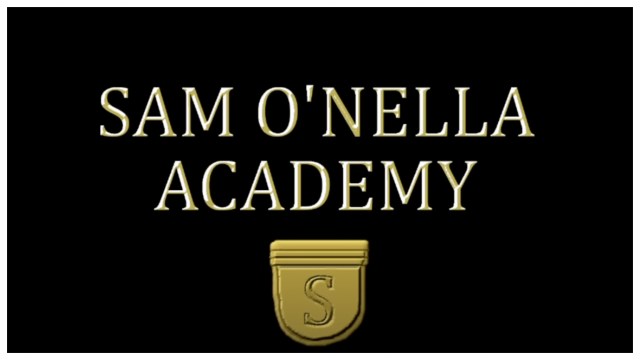 The Internet created a new kind of celebrity: the content creator and YouTuber. One does not need to appear on television or movies anymore for fame but can reach the masses through their internet connection instead. Popular YouTuber Sam O’Nella recently made a comeback, but before we get into that let’s take a look at his channel and past videos.

The history of Sam O’Nella Academy

Sam first created his YouTube channel, “Sam O’Nella Academy,” on June 13, 2016. Since then he has posted 61 videos that have been viewed an impressive 571,755,283 times. Boasting a stick-figure avatar, the 24-year-old Delaware native currently has 3.96 million subscribers. He uses simple, crude drawings to educate his audience about topics such as the history of sushi, where religious symbols come from, and how to unicycle.

After creating his account and building his audience, Sam left them in suspense for nearly three years. He uploaded a video on January 29, 2020 and then…crickets. On May 9, he tweeted a sort of explanation, writing, “Also, sorry for vanishing for months on end, school just sucks. Expect something or other at some point soonish.” His audience can infer that he, like the rest of the world, was impacted by the Covid 19 pandemic and needed time away to figure it all out. Some of his fans made up better stories such as being a victim of Thanos’ snap instead.

On Oct. 3, he unceremoniously tweeted, “K I’m back.” He also uploaded a new video entitled “Where Animals’ Scientific Names Come From.” In its opening he pokes fun at his return. He jokes that he “just woke up from a nap [he] took in January 2020.” His stick figure self goes to the computer to check out what he has missed since then. He lists off recent world events such as the death of Queen Elizabeth II, the war in Ukraine, the COVID-19 pandemic, Space Jam 2, and “some popular guy named Brandon.” He seems most shocked and upset by the 2020 movie Scoob and proceeds to teach us all about animals’ scientific names, picking up right where he left off.

Sam’s fans are ecstatic to see him back uploading videos. Just 15 hours after it was uploaded, Sam’s video racked up 2.3 million views and over 568,000 likes. It ranked third on the trending page behind the Try Guys speaking out about the Ned Fulmer situation and Minecraft gamer Dream’s big face reveal.

Fans took to Twitter to share their joy. One user wrote, “Got the notification the sam o’nella posted and i almost cried.” Another said it was “best week of [their] life.”

Another made a Lion King Reference.

It was not all rainbows and butterflies in the comment section though. Some fans shared their deepest fears, and they worry that this return will be short lived. One user stated, “Got done watching the new Sam O’Nella video and realized we’re going to have to wait another three years for the next one.” Another added, “Makes a a single video then vanished back into the depths.” This fear even appeared in a subreddit forum.

If you are reading this, Sam, your fans clearly love you and need you to keep creating more content on a regular basis. They cannot take your prolonged absences.