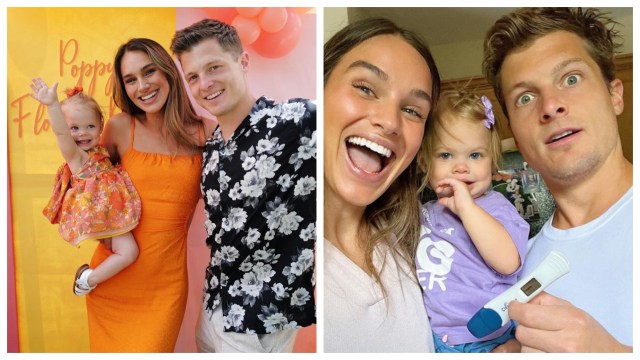 The internet has given society many gifts. We are now able to write to each other instantly, have vast amounts of knowledge at our fingertips, and have endless funny cat memes. Another aspect of popular culture that the internet has shifted is celebrities. Social media and YouTube have created another whole genre of celebrity: content creators and influencers. Love them or hate them, they impact society as a whole.

Abbie and Josh Herbert are popular content creators and social media personalities. Abbie came to fame on TikTok. Josh’s calling card is that he is a singer/songwriter. Together the couple run a YouTube channel called The Herberts which currently has 1.94M subscribers and 1,060,402,094 views.

Abbie and Josh’s meet-cute has recently come under scrutiny. In a now deleted TikTok, Abbie revealed that she met Josh when she was just 17-years-old and he was 24-year-old while on set for one of Josh’s music videos. They did not go on a date for a couple of years, but some of Josh’s comments and behaviors have some people up in arms. Abbie posted a photo of the day they met and captioned it “so happy he stalked me for three years after this was taken”. Many commentators have called out this behavior as “grooming”, while Others have been more supportive of the couple saying that age is only a number.

Abbie and Josh moved in together after just two months of dating which adds fuel to some commentators’ fire. The couple dated for three years before getting engaged in January of 2018. They got married in July of 2019.

Josh and Abbie got their start on TikTok trying out the latest viral trends including pulling pranks on each other. Their joint YouTube channel focuses on longer form videos on their journey as a couple, including parenthood. Abbie is a model and plans to one day focus on beauty and lifestyle content. Josh is a singer/songwriter with big plans to expand their reach in the music world. In 2020 they signed with A3 Artists Agency.

Josh and Abbie love being parents. Their first child Poppy James Herbert was born on May 11, 2021. Poppy plays a starring role in her parent’s content.

Abbie and Josh recently announced in September of 2022 that they are expecting baby number two and are very excited to become a family of four. They told People Magazine: “We are blessed and thankful to be growing our little family in 2023. We can’t wait to meet our little bundle of joy and watch Poppy become the best big sister!”