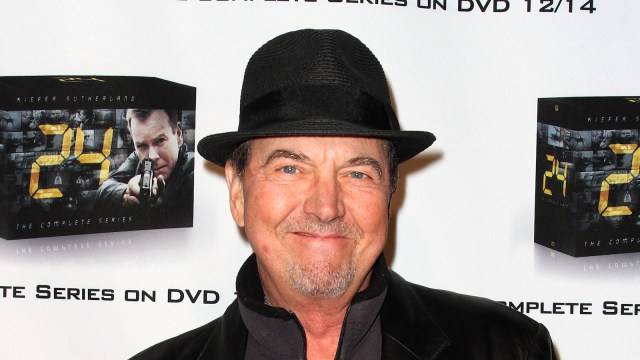 Gregory Itzin, a character actor, known for roles on NCIS, Lincoln, and 24, has passed away at the age of 74. He was rushed to the hospital for an unknown emergency procedure and, unfortunately, there were complications, and the actor didn’t survive.

The news was confirmed by Itzin’s manager Lisa Gallant to People. In 2015, Itzin experienced a major heart attack while he was on stage performing Shakespeare, but he “came back only to continue to thrive in theatre, film and TV,” Gallant said in a statement.

“His love for the arts was only surpassed by his love for his family. Greg was married to the love of his life, Judie for 43 years and has two children, who were his pride and joy: Wilke (also an actor) and Julia (an artist) and a grandson Wylder Gregory, the apple of his eye. His last days were spent in the midwest with his sister Pamela and niece and nephew, Deidre and Aaron, and great niece and nephew, Claire and Cole, along with his son and grandson.”

Itzin’s son Wilke also shared a tribute to his father.

“My dad was known in the world as a phenomenal actor with a body of work that would trump most famous actors resumes. He’s been on everything from Airplane, Friends, Star Trek: Deep Space Nine, Mork and Mindy, and of course the infamous president on 24 and so much more. But what many people truly knew him for was his incredible performances on the stage. I remember watching him in the one man show Shipwrecked by Donald Margulies and being blown away, in awe that the man on stage was my dad. He was in love with the theater, and even on his dying breath he could recite Shakespeare like he made the words up himself. I will never feel like we had enough time together. I love you pops and I really don’t know what I’m going to do without you. You were loved by all and we will miss you tremendously. Although bittersweet, I am glad we got to spend these last few days together.”

Itzin was a lifetime actor but had a real career pop when he joined the cast of 24 in 2005 when the show was in its fourth season. He played Vice President Charles Logan and became the president in the following season, a role that saw him secure two Emmy nominations.

In 2010, he told People that he was incredibly proud to be a part of the show.

“‘24‘s status, its universality, its power, the way its done, its place in our mythology, our history, in the ‘industry,’ in the public’s mind, and in the world’s perception of America. These are observable, remarkable realities. It is quite overwhelming. And exciting. And pride-making.”

His other roles include the movie The Ides of March and Fear and Loathing in las Vegas. He was nominated for a Tony in 1994 for his role in The Kentucky Cycle.