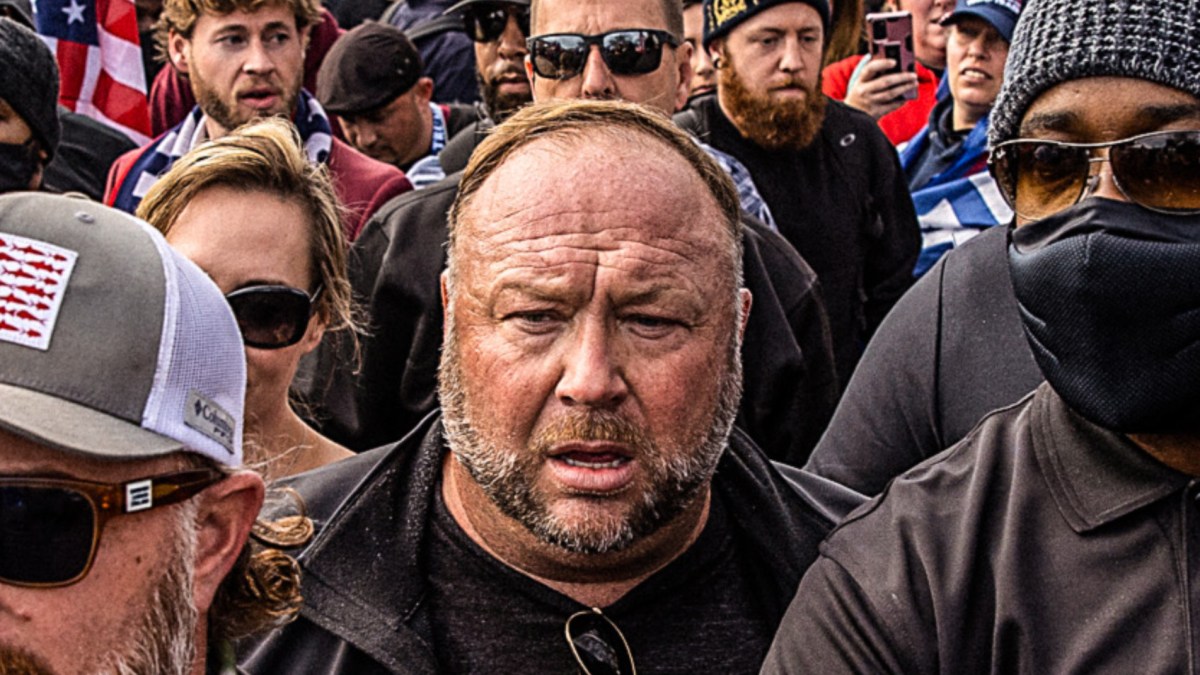 Unlike what you see in films and TV, in an actual court case you will almost never see a lawyer catch a defendant in a lie by springing a surprise witness or piece of evidence on them. And yet, the bizarre case of disgraced podcast host Alex Jones, who is being sued for defamation by the families of the victims of the Sandy Hook Elementary School shooting, took another bizarre turn today when Jones was caught in a lie on the witness stand. And the evidence against him turned out to be his own phone’s text records that his lawyers had accidentally sent to the attorneys representing the families suing him.

A user of the popular Internet message board Reddit posted a video of Jones reacting to the revelation by the families’ counsel, Mark Bankston, that his own phone records proved that his claim that he had never received or sent texts about Sandy Hook were a work of fiction. The trial had originally aired live on The Law & Crime Channel:

After catching Jones in the lie, Bankston then had every lawyer’s once-in-a-lifetime moment of a dramatic courtroom reveal out of the movies:

“Mr. Jones, did you know that 12 days ago, 12 days ago, your attorneys messed up and sent me an entire digital copy of your entire cell phone with every text message you’ve sent for the past two years? And when informed, did not take any steps to identify it as privileged or protect it in any way? And as of two days ago, it fell free and clear into my possession and that is how I know you lied to me when you said you didn’t have a text message about Sandy Hook.”

On December 14, 2012, 20 year-old Adam Lanza shot and killed his mother, and then drove to the Sandy Hook Elementary School in Farifield County, Connecticut whereupon, using guns that his mother had legally and easily bought for him, he shot twenty-six people to death, twenty of whom were children between the ages of six and seven.

Jones, the host of the InfoWars podcast whose topics mainly deal with government conspiracy theories, claimed that the Sandy Hook shooting was faked by gun control advocates, and that the families seen interviewed on television were “crisis actors.”

In 2018, the families began suing Jones for defamation, and by 2022 he declared bankruptcy due to all the judgments handed down against him as he began losing these cases. Jones is now being sued for $150 million dollars in a Texas court by two other families of Sandy Hook victims for his libelous statements about them. Jones now concedes that he believes the shooting was “100% real.”