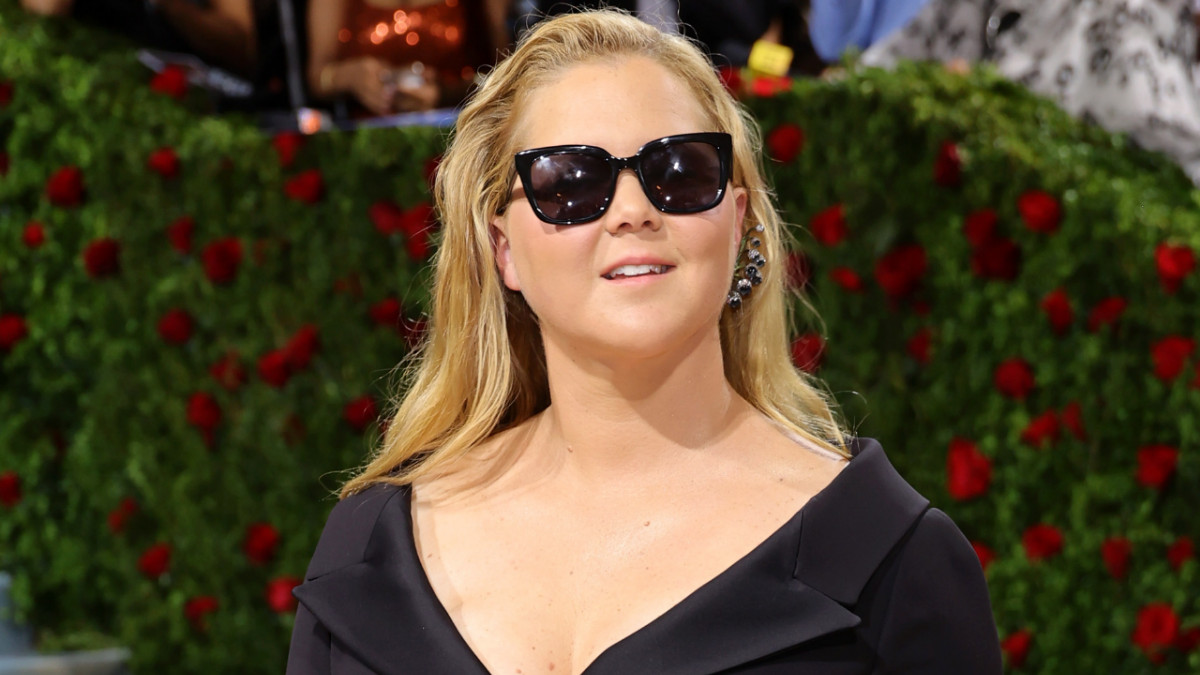 Amy Schumer had big words after her first, and what she claimed would be her last Met Gala in 2019. But despite describing the star-studded, high fashion event as “punishment,” the comedian is back for more this year.

“I got to meet Beyoncé and she was like, ‘Is this your first Met Gala?'” Schumer told Howard Stern in August of 2016, a few months after attending the event for the first time. (Though, she was still invited back and attended in 2017.)

“And I was like, ‘It’s my last.’ I figured I should have been grateful I was invited or something but it felt like a punishment. It’s not me and I don’t like it.”

“We’re dressed up like a bunch of fucking assholes. I have no interest in fashion, I like the idea of coming up with a way to dress that’s more comfortable, that sounds good to me, other than that I don’t care.”

At any rate, Schumer’s lack of interest seems to be noted in her 2022 ensemble, for the event’s “Gilded Glamour” theme.

The 40-year-old arrived dressed in a floor-length, cleavage-baring black petticoat style gown with boxy pockets on the sides. She paired the look with strappy black patent leather sandals and, quite inexplicably, black sunglasses.

Suffice to say, many fans of the gala on Twitter would have preferred that Schumer would have stayed true to her word and stayed home this year.

“Amy Schumer has arrived and we’re hoping she leaves soon,” savaged one user.

Another compared her to Severus Snape from Harry Potter.

Another user evoked a still image of Meryl Streep in The Devil Wears Prada to express their distaste.

One user was incredulous that Schumer didn’t even bother with a pedicure before attending the glamorous event.

Maybe she was running late? In any case, maybe in subsequent years, Schumer should save everyone time by following her own advice.