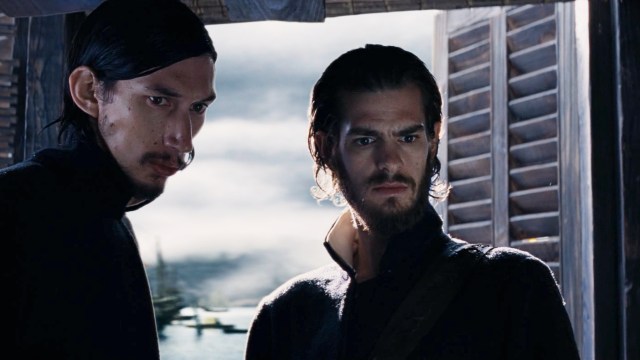 “He’s just so disarming and very ordinary with all of his extraordinariness.”

In what might be one of the greatest quotes ever given in an interview, Andrew Garfield recently went deep into what it was like to work with legendary director Martin Scorsese on the “WTF with Marc Maron Podcast”, giving the above insight among several others.

Though they worked together six years ago on 2016’s Silence, Garfield had some fresh feelings to reveal during the wide-ranging interview.

For the film, Garfield went fully into his method acting mode, which may have helped him from fanboying out too much about working with Scorsese, even though his comments show just how enamored with the director he was.

“You go in with everything you imagine you would go in with: total excitement, trepidation, pinching yourself, total awareness of how lucky you are that you are one of the handful of people who have gotten to work with the American master of cinema.”

The adaptation of the 1966 novel also called Silence, written by Shūsaku Endō, additionally starred some other big screen legends in Liam Neeson and Adam Driver.

Although the 141-minute film didn’t do too well at the box office, bringing in only $7.1 million in the US, it’s clear the experience was still an extraordinary one for the 39-year-old actor. The film does boast an 83 percent score (but just a 69 percent audience score) on Rotten Tomatoes, though.

Yet it was the time spent around Scorsese that had Garfield the most enamored, as he clearly got to experience a side of Scorsese that not everyone gets to see or knows about — his humor.

“He’s just fun. He’s like a funny dude who knows a lot about movie and history and culture and people and just loves being a person. He’s kind of the most Jewish Italian American that you have ever come across.”

That’s when he added the ultimate complimentary line about Scorsese being approachable because of his ability to charm and connect with people.

“So I went in with all of that, and it was just kind of dispelled with who he is, because he’s just so disarming and very ordinary with all of his extraordinariness,” Garfield added.

Unfortunately, though, we didn’t get any insight into whether the once and (kinda) current Spider-Man actor got to spin any webs about what it’s like to go full method acting in order to play a superhero.