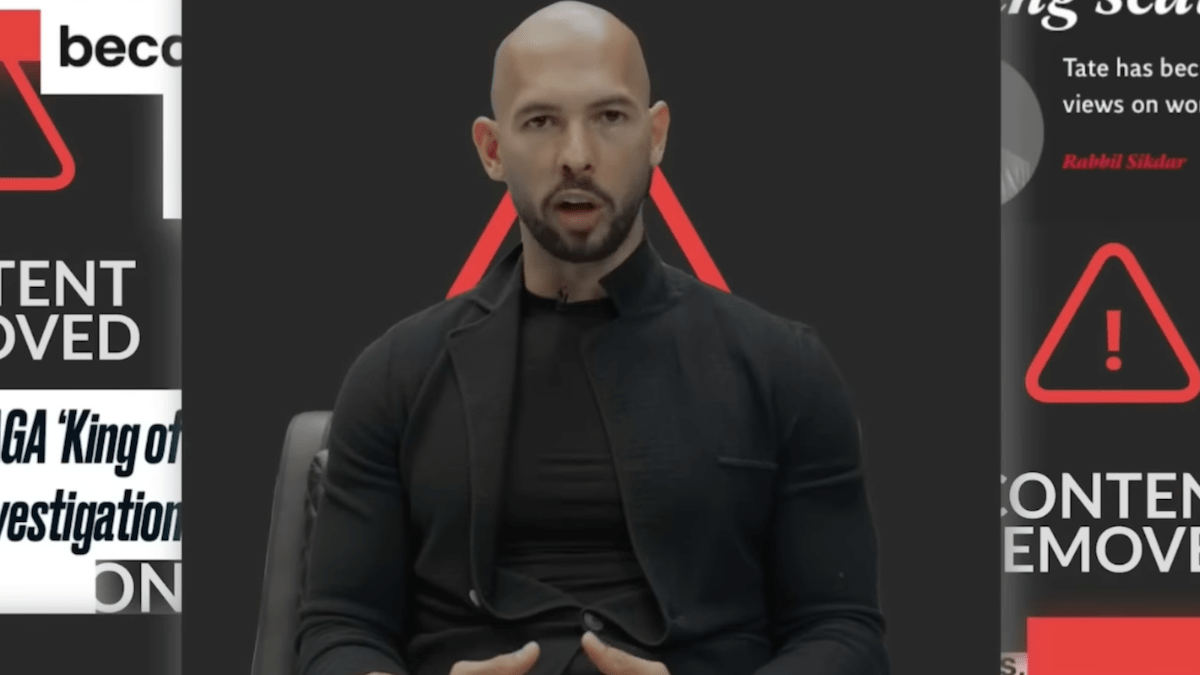 Piers Morgan welcomed Andrew Tate back to Piers Morgan Uncensored on Tuesday night, and the once-banned social media figure, whose views on women and dating have made him a kind of one-person manoverse Snyder Cut, referred to himself as a “force for truth.”

Oddly enough, it seems that Piers had Tate come back to the show out of curiosity, pointing out his surprise at Tate’s popularity. Morgan’s lengthy intro of Tate, despite having him on twice before, can be summed up as basically wondering how is it that this exiled-from-social-media influencer is so extremely popular. In fact, Morgan stated that Tate’s popularity struck him as “extraordinary,” and even Tate himself admitted to being surprised at his own popularity, calling it, “Quite remarkable, really.”

When Piers asked him why he thinks he’s so popular, Tate offered, “I stand up and say the things that many young men think. I haven’t put a magic spell on the world. The fact that people like what I say means that they agree with me deep inside — they may be afraid to say it themselves.”

Tate has always stated he speaks the truth — or at least his version of it. Of course, many of his statements have been outlandishly foolish, suggesting his definition of “truth” might be slightly awry. Tate also spoke extensively of his recent conversion to Islam during the interview. However, Tate had maintained in a past video that “ISIS are the real Muslims,” indicating that he didn’t exactly have favorable opinions on Islam, nor religion as a whole.

Sure enough, Piers brought that up, and asked Andrew if he actually regrets saying that, to which Andrew responded, “Yeah because you learn, you grow, and you evolve. At the time, I believed it.”

Tate went on to explain that he used to be an atheist, and that “as an atheist, you believe religion causes more problems than it fixes.” He added, in regards to his former views on Islam, “That is something I apologize for and admit I was wrong about.”

However, in typical Tate style, he didn’t exactly embrace the fact that Piers brought it up, telling Morgan, “You managed to find the oldest possible videos of me that exist.”

The self-styled force-of-truth, having basically admitted to not telling the truth previously, then almost backtracked on his apology by adding that the statements he previously made about Islam were a joke, stating, “That video was satirical.”