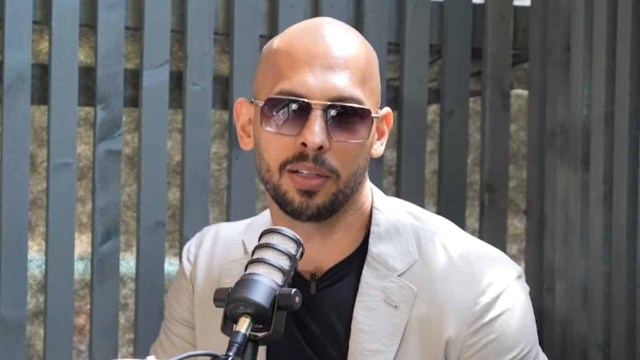 However, did you know that Andrew Tate has been to space? He was kidding, of course (and technically so are we), so that didn’t even make our list, though it’s mostly because it’s not nearly as dumb as his other ramblings when he’s being serious.

It’s time we learn about Andrew Tate from Andrew Tate himself through the stupidest things he’s ever said.

“It’s been proven that the smartest people in the world are men.”

That was Andrew Tate’s respoinse to Dave Portnoy when asked if he thinks women are as smart as men. Tate insists that it’s been proven that men are smarter than women but he can’t come up with any studies so he encourages Portnoy to Google it. After dong so Portnoy says: “I googled are men smarter than women and literally every single study says there’s no difference.”

Tate then encourages Portnoy to look up the highest IQ’s in the world and suggest the top 10 will likely be men. Portnoy responds afer doing just that and reveals: “The highest IQ in the world is Marilyan vos Savant. She’s known as the smartest person in the world.”

“Have you ever seen a Chinese person working for someone who isn’t Chinese?”

There are so many reasons why this statement in the form of a question is so absurdly stupid and borders on racism. Tate was attempting to make a point about Chinese people sticking together and taking care of their own, a point he has made before without rebuttal, incredibly.

The best part of this particular clip is that Tate was clearly thinking the guy he asked here was gonna say “No, I haven’t seen Chinese people ever work for someone who isn’t Chinese. Wow! What a great point!” Instead, the guy thinks about it for a second and simply says, “yeah.”

“I have a sister. We don’t really talk. She goes to feminist rallies and believes Trump’s a racist. How can Andrew Tate have a low IQ sister?”

This was a popular clip that floated around before Tate was banned. It’s very revealing that he’s willing to treat family like they’re a punchline, especially considering how he’s very aware of his own popularity and seems happy to discuss his sister in this public way, though it obviously says more about him than it does his sister. The irony is not lost that she, Andrew Tate’s sibling, is a feminist.

Andrew Tate is showing us all why he wouldn’t make a good friend. He defends himself by saying: “Because I’m not gay.”

Thus, Tate show us all many aspects of his poor character in just one clip. Get a grip, Andrew.

“Nothing is stopping me from becoming Batman.”

He’s rich. He’s has Batmobile, apparently. He has a mansion. He has martial arts skills. My goodness, it’s true….he’s Batman!

It’s not surprising that Tate thinks of himself as a hero. Lets all face it. Andrew Tate is clearly the ultimate male. This guy can get any girl he wants and buy anything he wants and be as misogynistic as he wants because he’s just so cool.

As far as nothing stopping him from being Batman….well, the fact that he would only administer CPR on hot females might be a problem.