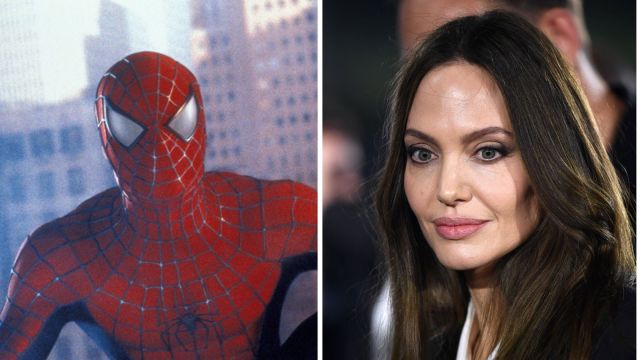 Long before she was cast in Marvel’s Eternals, Angelina Jolie was eyed for a big role in the proposed Spider-Man 4 from Sam Raimi, with new information coming to light over her potential role.

The critical reception and behind-the-scenes turmoil of Spider-Man 3 led Raimi to feel alienated from the project, but always had it in his mind to return for a fourth film and give the franchise what he hoped would be a fitting send-off. While eventually Sony decided to lead Raimi off the project, many details have been made public surrounding Raimi’s big ideas for Spidey’s fourth outing.

Sean O’Connell has penned a Spider-Man book titled With Great Power, and the book has divulged new information around how Jolie was in-line for a major role in Raimi’s proposed farewell to the webhead. According to O’Connell, Jolie was tipped to join the cast in a pivotal role for a short amount of time.

Jolie’s role was “accomplished executive representing a venture capital firm that was trying to buy the Daily Bugle”, which would put her in direct competition with both J.K. Simmon’s J. Jonah Jameson and Tobey Maguire’s Peter Parker alter ego. Not just a business-suit type though, Jolie would’ve potentially become the Vulturess.

While the traditional Vulture Adrian Toomes would appear in the film, he’d die near the end of the second act, allowing Jolie to take on the wings. Raimi’s horror roots were also to be felt in his modernization of the character, with a horrific action sequence seeing Vulture earn his nickname “because when he was done, he didn’t leave anything but bones behind” according to storyboard artist Jeffrey Henderson.

John Malkovich is widely believed to have been the first pick for Toomes, while other leaked story ideas included having Black Cat, Bruce Campbell as Mysterio, and many more costumed villains appearing in the film’s opening.

Unfortunately, Raimi’s vision never got realized. Sony decided against a sequel, instead wanting a fresh reboot which resulted in The Amazing Spider-Man duology. Raimi did return to superhero movies with 2022’s Doctor Strange in the Multiverse of Madness, while Tobey Maguire returned as Spider-Man in Spider-Man: No Way Home.

Given how much love there is still for Raimi’s trilogy, and the nostalgia still there for Maguire as Spider-Man, there could be a continuation done in animation form or comic form, similar to the Christopher Reeve Superman films getting a comic extension.