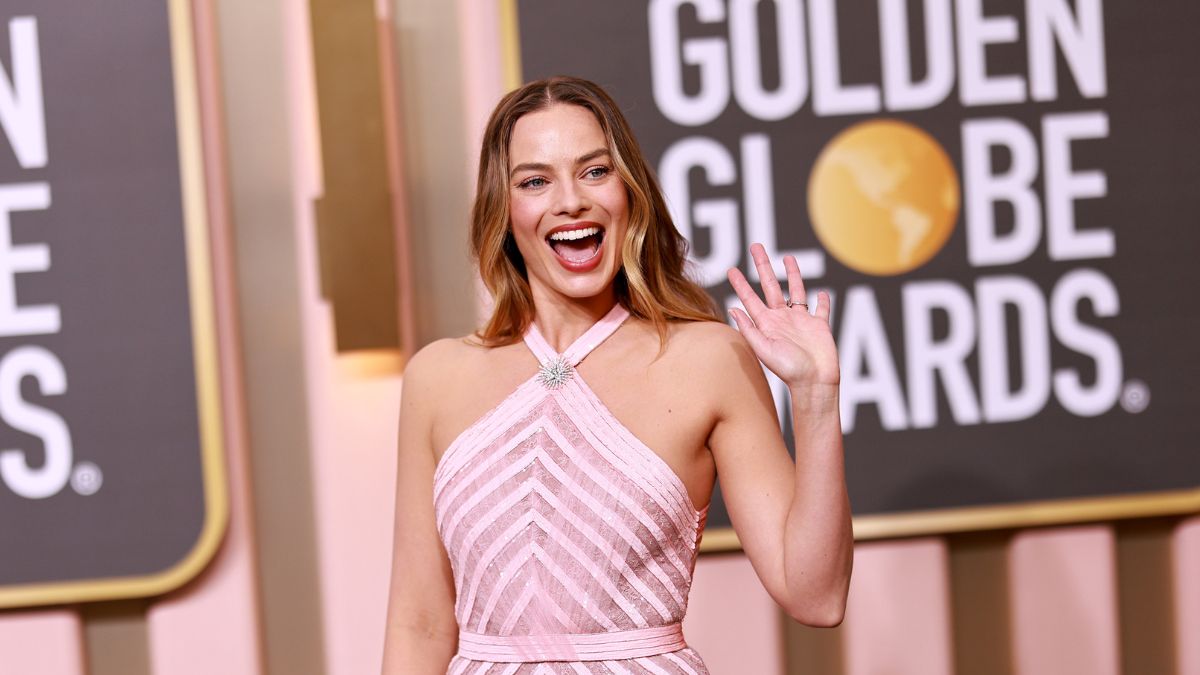 Margot Robbie has channeled her biggest film of 2023 at the Golden Globes, with a Barbie-inspired pink look on the red carpet.

Arriving at the awards show following a year punctuated by award season bait films such as Amsterdam and Babylon, Robbie reminded everyone of how big her next twelve months are going to be with her awards ceremony look. Yet again in awards contention this year for her performance in Babylon, she’s got stiff competition to win the gong.

Robbie is up against the likes of Anya Taylor-Joy, Lesley Manville, Emma Thompson, and Michelle Yeoh for the coveted Best Performance in a Motion Picture – Musical or Comedy. Babylon didn’t wow the critics as much as Yeoh’s Everything Everywhere All At Once, but Robbie’s name brand will add to the intrigue of the battle.

Should Robbie win, she’ll absolutely look her best in her stunning gown.

Robbie was one of many unfortunate actors attached to the box office bomb Amsterdam, a movie so bad it got slammed for performances straight out of a high school play. The failure was particularly pronounced due to the director David O. Russell’s controversial past, with victory laps aplenty following its flopulation.

The good news for the Australian actress is she’s still a favorite in many circles and will mount a charge for 2023’s biggest box office hit when Barbie releases in cinemas. Greta Gerwig’s film comes right up against Christopher Nolan’s Oppenheimer, in a box office battle for the ages.

Babylon is currently in cinemas.