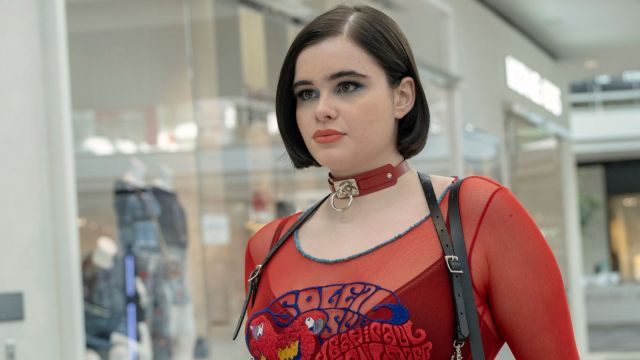 She’s long gone from the world of Euphoria, but Barbie Ferreira has given the world a peak of what the future holds for her in a recent photoshoot.

After announcing on Instagram in 2022 she would be leaving her most well-known role as Kat in Euphoria, many have been left to speculate what exactly is next for her in Hollywood. During a photoshoot and interview with Flaunt, she spoke of the struggles of Hollywood life, as well being able to take a break from Los Angeles life. She reveals she really related to the recent Nicolas Cage film The Unbearable Weight of Massive Talent with it accurately reflecting what being a career actor is like.

“I just watched the Nick Cage movie, The Unbearable Weight of Massive Talent. I think that movie was made specifically for actors. When he’s reading for the guy outside of Chateau… I’m like, ‘This is killing me, it’s too much.’ And there’s that scene where he doesn’t get the role, and he’s like outside of his hotel, ‘Ooh, I didn’t get the role, blub blub blub.’ That was so relatable, because sometimes you just want to be a drama queen like that. I have that moment all the time. Actors have the most dramatic personalities, or they can be the opposite, but we are usually dramatic people, and we usually tend to be very emotional. “

Ferreira didn’t speak of her exit from Euphoria at all in the interview, but did talk of how the show and her name have become intertwined, without actually mentioning her exit from the series.

“I don’t like addressing things that aren’t real. I’m more trying to figure out how I’m playing into my own narrative. The internet is going to say whatever it wants, and that’s cool. It’s honestly cool. Because I’m on my own shit.”

In case you were wondering, she is very aware of the upcoming Margot Robbie-led Barbie film, but said she was always more of a fan of their rival brand Bratz. Frankly, it’s reason enough to enforce a name change upon Ferreira.

“I am. I keep seeing the word ‘Barbie’ everywhere. I’m like, oh my god, that Barbiecore life—like ‘Yeah baby, you know I’m Barbiecore!’ Nicki Minaj calls everyone ‘her Barbz’ and ‘Barbie,’ and that is my name, so I do feel really special. As a kid I loved Barbie because she had so many careers. I was more of a Bratz girl myself actually, though. They were little more edgy—you know me, always being a little more edgy.”

Ferreira recently had a minor role in Jordan Peele’s Nope, which is currently available to stream on Amazon Prime Video.