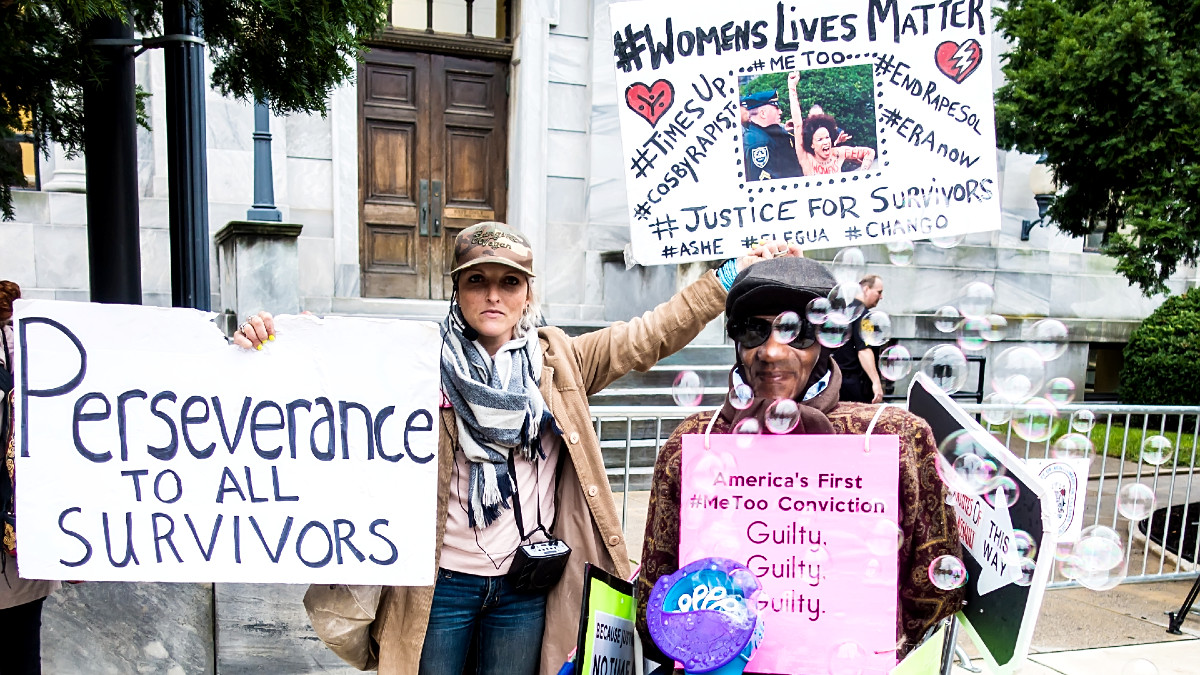 Bill Cosby officially announced his intentions for a 2023 tour this week, which he plans to kick off in the spring or summer. And it should come as little surprise that it didn’t take long for his announcement to trigger and outrage people.

“When I come out of this, I feel that I will be able to perform and be the Bill Cosby that my audience knows me to be,” he said in a radio interview on Wednesday. “Because there’s so much fun to be had in this storytelling that I do. Years ago, maybe 10 years ago, I found it was better to say it after I write it.”

The news comes just a year and a half after the 85-year-old’s sexual assault conviction was overturned on basically a legal technicality in June 2021, and amid ongoing legal battles. Cosby is currently being sued in a joint civil suit by five women in New York through a law that extends the statute of limitations, three of which he had connections to through The Cosby Show. All of the women say that Cosby offered to help mentor their careers, and subsequently drugged and assaulted them.

Likewise, Cosby was just ordered to pay a woman named Judy Huth $500,000 after a Santa Monica, California jury found him liable in a civil suit, in which she claimed that the disgraced comedian had sexually assaulted her at the Playboy Mansion in 1975 when she was just 16 years old.

So perhaps, anticipating taking another L, Cosby became concerned about finances and thinks that going on tour is a way to turn some fast cash. What he may or may not have been anticipating was the massive backlash to his alleged upcoming tour.

“Bill Cosby is going on tour. Louis CK and Chris D’Elia are already on tour. Trevor Bauer is back in MLB. Donald Trump is running for President again. Matt Gaetz retained his seat. Brett Kavanaugh is a Supreme Court Justice,” tweeted sports and comedy writer Rachael Millanta. “Tell me again how cancel culture has gone too far?”

Podcast host RodimusPrime pointed out that Cosby coincidentally seems to have recovered from the ailments that made him appear so “blind and feeble” during his 2018 sexual assault trial, adding that he hopes people show up and heckle.

Many people reacted to the announcement with jokes and memes, including one Eddie Murphy standup bit in which he recalled Cosby once personally calling him on the phone to chastise him for using swear words in his act.

Others turned to morbid humor to cope with the news:

We can’t imagine how popular a Bill Cosby comedy tour will actually be in 2023, but with any luck, he might have trouble finding venues to host him in the first place.