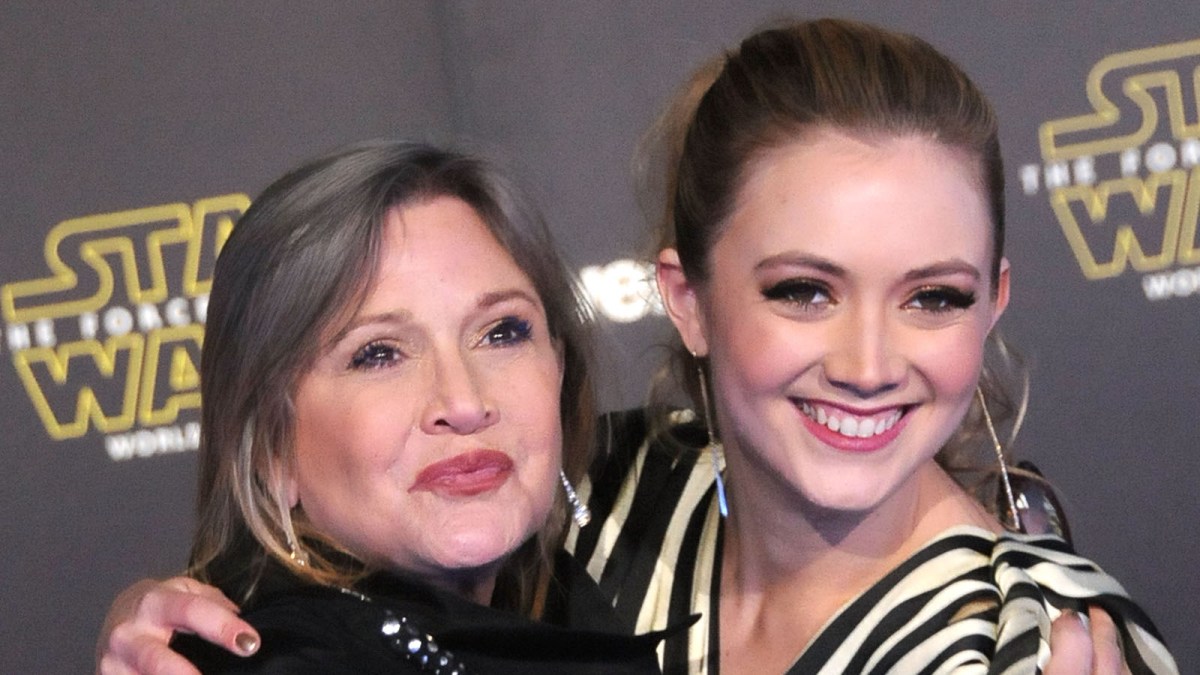 It is a bittersweet day for actress Billie Lourd as she honors her mother, Carrie Fisher, on the anniversary of her tragic death. The Star Wars alum passed away on Dec. 27, 2016, at 60. This came four days after Fisher reportedly suffered a heart attack on a flight to Los Angeles, California. Following the news of Fisher’s death, tragedy would strike the family a second time after her mother, actress, Debbie Reynolds, died of a stroke on Dec. 28, 2016.

In June 2017, CNN stated the medical examiner confirmed that Fisher’s cause of death was from “sleep apnea and other undetermined factors.” Sleep apnea is a sleep disorder that causes an individual to stop breathing. The publication also reported that the star had multiple drugs in her system, but it is unclear if it contributed to her death.

On the sixth anniversary of Fisher’s death, Lourd wrote in the caption how grieving is a never-ending process despite the joyous occasions that occurred in her life, like expanding her family. While sharing a throwback photo featuring the pair and calling Fisher by her nickname “Momby,” Lourd explained she is saddened by the idea that her mother won’t get to witness the “magical moments” of being a grandmother. The 30-year-old said,

“It has been 6 years since my Momby died (feels like 2 but also like 705 at the same time?). And unlike most other years since she’s died, this year, these past two weeks have been some of the most joyful of my life. Giving birth to my daughter and watching my son meet her have been two of the most magical moments I have ever experienced. But with the magic of life tends to come the reality of grief. My mom is not here to meet either of them and isn’t here to experience any of the magic.”

Towards the end of the post, Lourd shares that although Fisher isn’t here to experience this, she will never skip a moment to tell her two children about their grandmother’s favorite things and how much the actress “would have loved them.” The Scream Queens star stated as she sent well wishes to those suffering from loss,

“Sometimes the magical moments can also be the hardest. That’s the thing about grief. I wish my Momby were here, but she isn’t. So all I can do is hold onto the magic harder, hug my kids a little tighter. Tell them a story about her. Share her favorite things with them. Tell them how much she would have loved them. For anyone out there experiencing the reality of grief alongside the magic of life, I see you. You are not alone. Don’t ignore either. Life can be magical and griefy at the same time.”

Lourd welcomed her first child Kingston Rydell with her husband, Austen Rydell, in 2020. The couple had a daughter, Jackson Rydell, earlier this month.