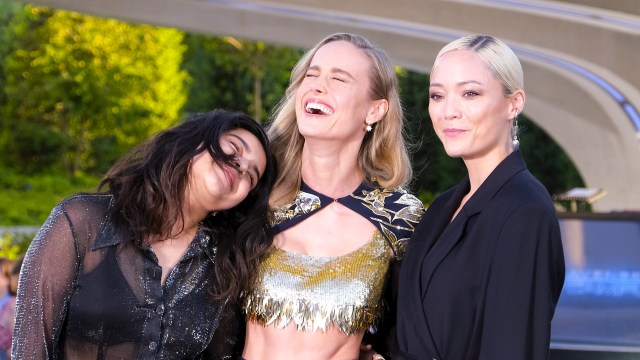 When you think of famous actress Brie Larson what comes to mind? Is it Captain Marvel? Her Oscar winning performance in Room? Sure, that’s Larson at work, but what about when she relaxes? The actress provided a look behind the curtain recently when she took to Instagram to reveal her spa day fit.

“When your one day for self care just can’t involve sweats,” she wrote in the caption for the post, which features the actress in a flowy, light blue slip dress and a towel wrap on her head. She looks exceedingly comfortable, and to be honest it’s not a bad reminder for everyone to just relax sometimes.

Larson is well-known for providing fans an inside look into her life. The actress famously provided a peek into her day to day dealings during the pandemic with her well-received YouTube channel, which she stopped posting to weekly last year. The reason for the slowdown was because she was going to be spending less time at home now that her work output has more or less returned to normal.

Brie, who has more than seven million followers on the Instagram, also shared another insight this week – this time showing herself at the start of the workday, and at the end (she’s currently filming the Fast X).

Brie also recently finished filming The Marvels with Iman Vellani as Ms. Marvel from the Disney Plus show of the same name. Teyonah Parris also appears in the movie as Monica Rambeau, a character that plays the second Captain Marvel in the comic books. That movie is expected to drop on July 28 of next year. Fast X drops a month earlier in May.

With all that activity on the way it’s good that Larson is taking some time out to take care of herself; something she’s probably going to need to do more of with her increasingly busy schedule.