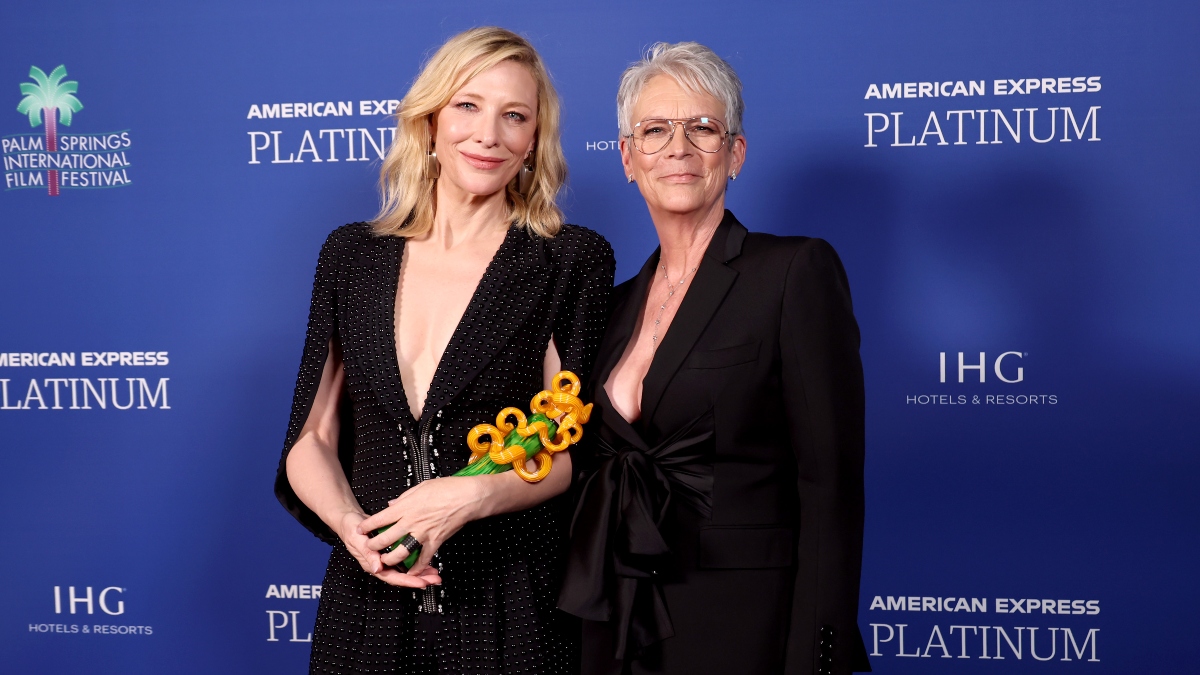 Mary Pickford is D’Place in Cathedral City, CA, and will be hosting the Palm Strings Film Festival from Jan. 5-16, 2023. Among those in attendance? Thor: Ragnarok star Cate Blanchett and Halloween Ends star Jamie Lee Curtis, who drove to the gala together. When Curtis was presenting Blanchett with the Desert Palm Achievement Award for her performance in Tár, the pair bantered back and forth about who was the better driver. What stirred the audience even further, however, was Blanchett touching on the fact that Curtis had — prior to their journey — “repacked her bags” and come “out in her bra and knickers,” as Variety reports.

On the subject, Blanchett said:

“We had this lengthy conversation, a discussion about whether I should get into pajamas before driving back tonight. Meanwhile, she’s telling me this about what I should wear, and she comes out in her bra and knickers. This is why we nearly missed the tonight’s event.”

At the Palm Springs Festival, Blanchett not only walked away with an award for herself but also presented the Chairman’s Award Actress to The Woman King star and producer Viola Davis. In addition to Blanchett’s big win, Elvis director Baz Luhrmann presented the Breakthrough Performance Award to the King of Rock ‘n’ Roll himself, Austin Butler, while Oscar-winner Sally Field presented the Prestigious Vanguard Award to The Fabelmans‘ director and producer Steven Spielberg, producer Kristie Macosko Krieger and cast members Michelle Williams, Paul Dano, Gabriel LaBelle, Seth Rogen and Judd Hirsch, who all shared the award.