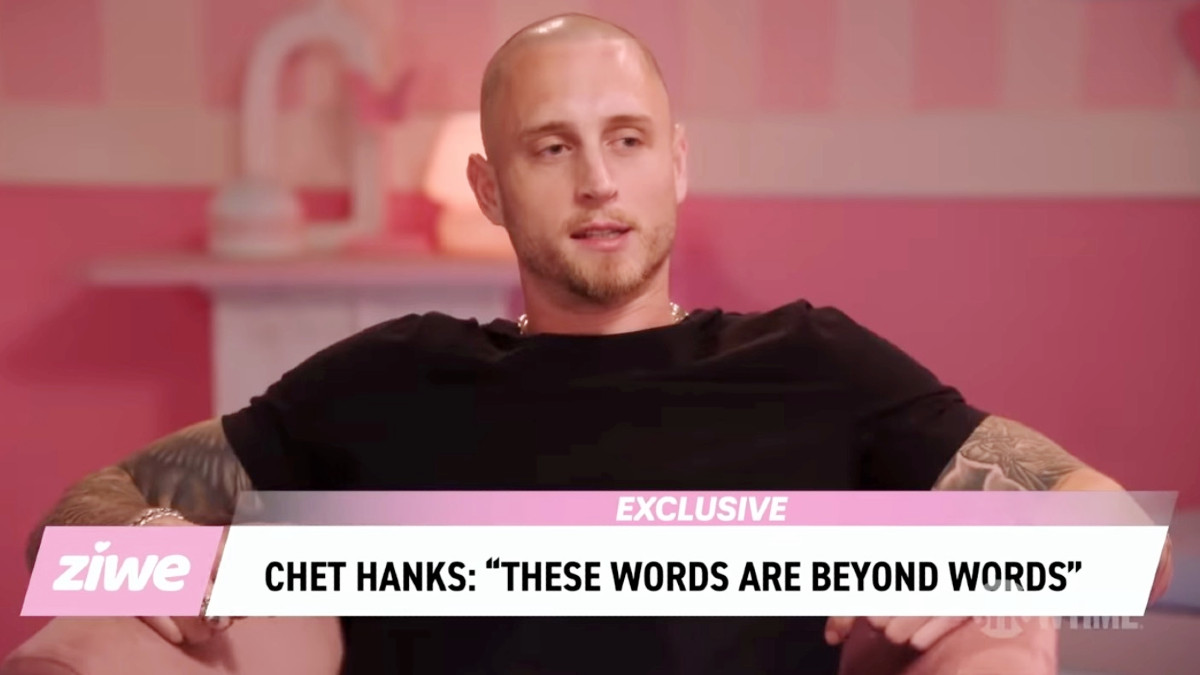 Chet Hanks continued to make his case for being the worst thing Tom Hanks has ever made this week (looking at you, Polar Express) with an appearance on Showtime’s Ziwe. Speaking with host Ziwe Fumudoh, the 31-year-old waxed anything but poetic about topics such as race and ethnicity, as well as his unabashed cultural appropriation of the Jamaican Patois dialect.

In one clip from the interview, Ziwe asked Hanks why he had decided to anoint the summer of 2021 as “white boy summer,” and if he could tell her how that’s different than the past 400 summers in American history.

Shockingly, the complexity of the query was lost on Hanks.

“I guess not, I don’t know,” Hanks said with a heavy sigh. “It started just with me — I got a fresh ass haircut and I was feeling myself, so I posted a video on my Instagram.”

Things really got popping off in a second clip, however, when Ziwe confronted Hanks about his insistence on speaking with a Jamaican accent — which he first broke out on the red carpet of the 2020 Golden Globes. It should probably also be noted that Hanks was attending the ceremony with his family to support his famous father, who was being honored with the prestigious Cecil B. DeMille Award.

When asked whether Hanks thinks he inspired a generation of young white men to speak in Patois, an English-based creole language with West African influences, his response can only be described as what in the chicken-fried Jar Jar Binks.

“I don’t know, no,” Hanks answered. “I think I did kind of make the Patois more like, a little more trending I guess? I think I was like — I mean like aside from Jamaican culture itself and Caribbean culture itself, which is obviously very, you know, vibrant, I was like, the first person to like, kind of like get it in the conversation. Like, just recent times.”

Ziwe, who is Nigerian American, then proceeded to rattle off some popular Patois phrases, which were also shockingly lost on Hanks. “Do you even speak Patois?” she asked incredulously, to which Hanks admitted, “I mean, not really.”

“I just know a couple things, a couple two tree things — tings! You know what I mean?” he added. Hanks then inexplicably shouted “Bomboclaat!” at Ziwe, who made the following face.