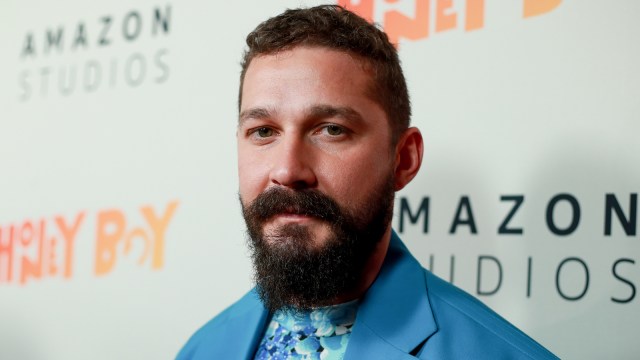 In a recent interview with Variety, Ferrara said that casting LaBeouf as the rock-star Italian monk matched up with a period in LaBeouf’s life where he “connected very deeply with Pio’s journey in the film.” The real Padre Pio is a man named Francesco Forgione who died in 1968 and was canonized as a saint in 2002.

He’s known for showing signs of stigmata, or Christ’s wounds from his crucifixion in the bible. The movie marks LaBeouf’s return to acting after he took a break in 2020 following sexual battery allegations from his ex-girlfriend Tahliah Debrett Barnett, better known as FKA twigs.

On Padre Pio, Ferrara notes just how iconic of a figure he is, even posing him as an alternative to Jesus.

“He’s on the back of every truck. He’s the saint of every drug dealer in Naples. … As an iconic figure, Pio is like the alternative Jesus, in a way.”

When it came time to cast the part, Ferrara said it was actor Willem Dafoe who recommended LaBeouf. The director and actor had a few Zoom meetings and then it was go time.

“He’s the kind of actor that the next minute he jumps in his pickup truck and he’s driving to a monastery in California,” Ferrara said.

When the actor showed up in Rome he was dressed in a robe. Ferrara said the brotherhood of monks supported the film and that all monks that appear in it are real. He said LaBeouf’s contribution went beyond just clothes though.

“He’s bringing his own life to it. You are seeing a person going through a very similar experience. It’s not just about wearing robes and performing actions,” Ferrara said.

“When the actor is living a parallel-type journey, that’s when you get such a powerful performance.”