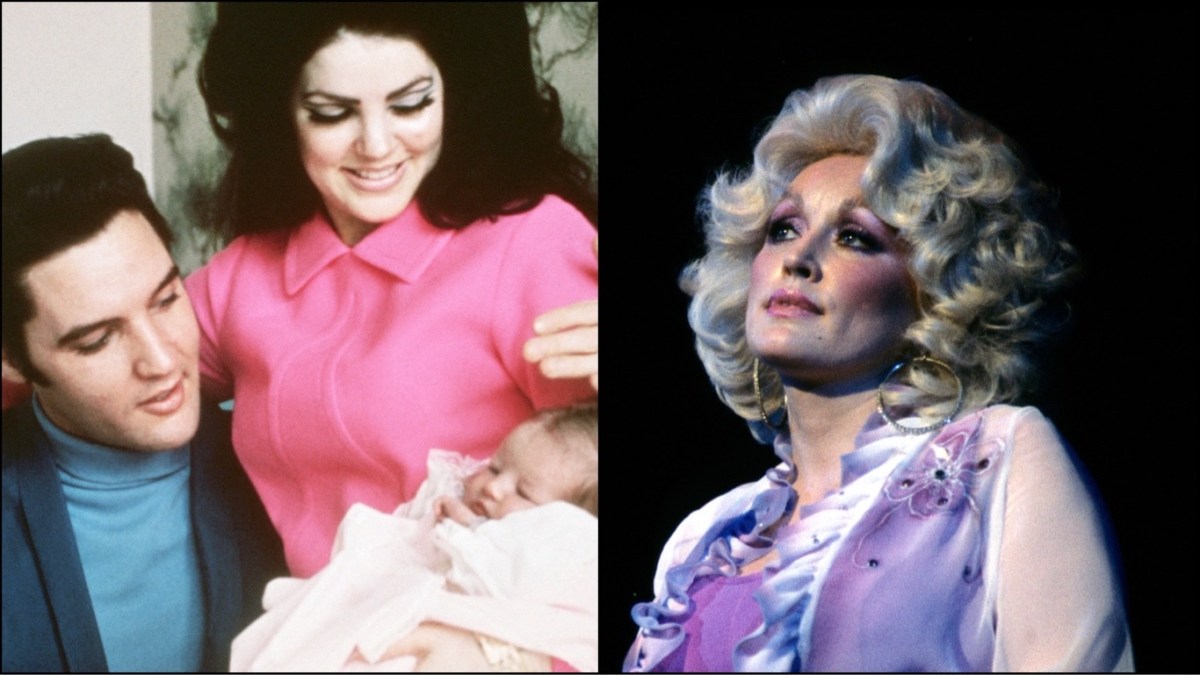 The news hit fans hard when they learned of Lisa Marie Presley‘s sudden death of cardiac arrest. She was only 54 years old, and cardiac arrest seems to be all too common of a cause of death lately. With fans feeling lost and needing words to help the healing process, Dolly Parton found them and they are just what everyone needed.

Elvis Presley died at a young age too when he passed away at the age of 42. His life was huge and full of accomplishments from becoming a young teenage megastar to joining the Army, and then back to stardom where he made movies, recorded hit after hit, and then headlined his own Las Vegas show before taking his last breath in 1977 when Lisa Marie was only nine years old. That’s a lot of shine to fit into such a short life, and his daughter grew up not really knowing her father except for what her mother taught her and from the headlines that were written about him.

Dolly Parton was once approached by Elvis’ manager, Colonel Tom Parker, about her song, “I Will Always Love You.” She eventually turned down the deal, but only because she was a smart businesswoman. It had nothing to do with Elvis himself, and only that it wasn’t smart business-wise. As a legend herself in the same industry, it’s befitting that she found the words to share to give everyone a sense of peace in such a tragic time.

Lisa Marie’s mother, Priscilla, as well as her three remaining children, Riley Keough, Finley Aaron Love Lockwood, and Harper Vivienne Ann Lockwood, are all feeling the pain from such a huge loss. First, her son Benjamin took his life in 2020, and that truly broke her heart. Then, the remaining family members have to get the phone call on Thursday that Lisa Marie herself had been rushed to West Hills Hospital and Medical Center in L.A. where she would be pronounced dead later that day.

As Dolly mentions, Elvis and his daughter are reunited and she can finally rest in peace. She is also reunited with her son whom she missed very much and mourned until the day she died, but used her grief to help others who might be struggling through a similar loss of their own. Even though his death devastated her, she said she kept going for her girls because after all, she was still a mother and they needed her then more than ever.

May Dolly Parton’s words bring healing to Priscilla and the family, as well as anyone else who needed to hear them. RIP Lisa Marie!