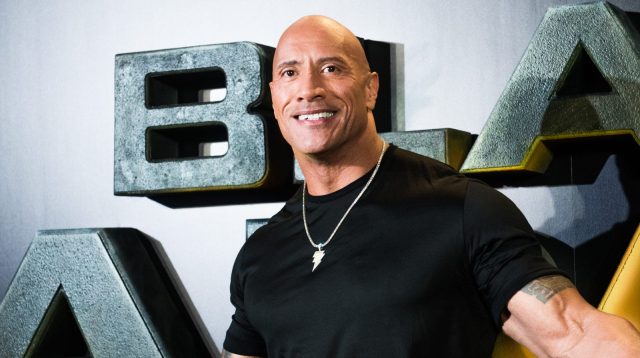 You might know him as Teth-Adam, Hobbs, or Maui, but Dwayne Johnson has been in the game for decades. With an impressive start to his career, the world-renowned actor started his road to fame through wrestling, following his father’s footsteps.

The California-born actor entered the World Wrestling Federation in 1996 with the help of his father, quickly rising to global prominence, earning the title of 10-time world champion before retiring in 2019. Johnson’s presence in the WWE contributed to the industry’s boom in the late 1990s until 2004, when he left the federation for the first time, returning seven years later.

The former wrestler entered the world of cinema in 2001 through his first acting debut in The Mummy Returns. Bitten by the acting bug, Johnson would go on to star in over 50 feature films and TV series since his big-screen debut, but that doesn’t mean the actor doesn’t miss his days in the ring.

In a tweet shared by Boardroom, the sports entertainment account gloated about Rocky Maivia, Johnson’s first wrestling alias and persona, debut in the ring, mentioning his achievements as a ten-time world champion, two-time Intercontinental champion, and many other accomplishments. Johnson’s ring alias would be shortened to The Rock, as many have known him for years, after he took over leadership of the “Nation,” taking on his following wrestling career as The Rock.

Johnson, of course, did not stay indifferent. Lost in nostalgia, the actor reminisced about his days as a professional wrestler. “Wow 26 yrs ago. What a fateful night in Madison Square Garden having my first ever wrestling match for @wwe,” he said, “That big kid who was willing to be the hardest worker in the room would go on to only become famous for wearing a fanny pack,” the actor mentioned, referring to his viral picture as a young wrestler in a black turtleneck and a fanny pack.

Needless to say, Johnson’s journey as an international sensation had just begun that day. The actor has recently released his long-term DC project Black Adam, which has proven to be a box-office hit week after week, and he is only expected to grow even larger from here on out. Johnson is expected to play Callum Drift in Red One, alongside Chris Evans. The film is currently in production and set to be released in 2023.