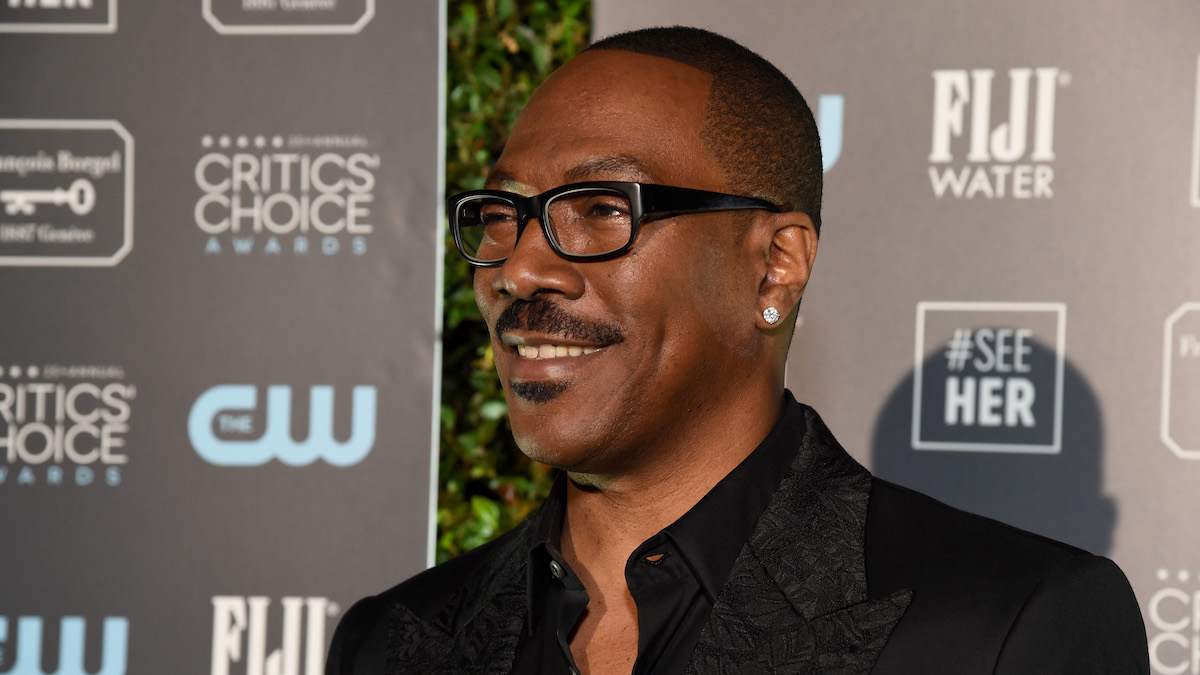 In his acceptance speech Murphy joked: “I want let you know that there is a definitive blueprint that you can follow to achieve success, prosperity longevity and peace of mind. Just do these three things. Pay your taxes, mind your business, and keep Will Smith’s wife’s name out your motherf**kng mouth!”

Per The Hollywood Reporter, Murphy was tapped for the honor by Helen Hoehne, President of the Hollywood Foreign Press Association, on Dec. 14, 2022.

“We’re honored to present this year’s Cecil B. DeMille Award to the iconic and highly esteemed Mr. Eddie Murphy. We’re thrilled to be celebrating the lasting impact on film and television that his career – in front of and behind the camera – has had through the decades.”

Murphy previously racked up six Golden Globes nominations for some of his most iconic roles in the films 48 Hours (1982), Trading Places (1983), Beverly Hills Cop (1984), The Nutty Professor (1996), and Dolemite Is My Name (2019). In 2007, he won the Golden Globe Award for Best Supporting Actor in a Motion Picture for Dreamgirls. He also appeared in box office hits like the Shrek franchise and Coming To America (1988).

Murphy made a name for himself as a standup comedian in the late 1970s. He joined the cast f Saturday Night Live in the early 1980s. He drew inspiration from Richard Pryor, Peter Sellers, Redd Foxx, Robin Williams, and Charlie Chaplin to develop characters like Buckwheat and Gumby for comedy sketches on the show. His standup specials Delirious (1983) and Eddie Murphy Raw (1987) are still among the top-earning comedic concert films ever released.

The prodigiously gifted entertainer has received numerous accolades celebrating his contributions to the motion picture industry over the last half-century. He received the Mark Twain Prize for American Humor Award from the John F. Kennedy Center for the Performing Arts in 2015. The Critics Choice Association bestowed a lifetime achievement award on him in 2022. In 2021, he became an inductee into the NAACP Image Awards Hall of Fame.

Murphy was in high spirits at the ceremony and gave Tyler James Williams a standing ovation when he won the award for Best Supporting Actor in a Musical, Comedy, or Drama for Abbot Elementary.

The pair shook hands and posed for photographers on the red carpet earlier in the evening.