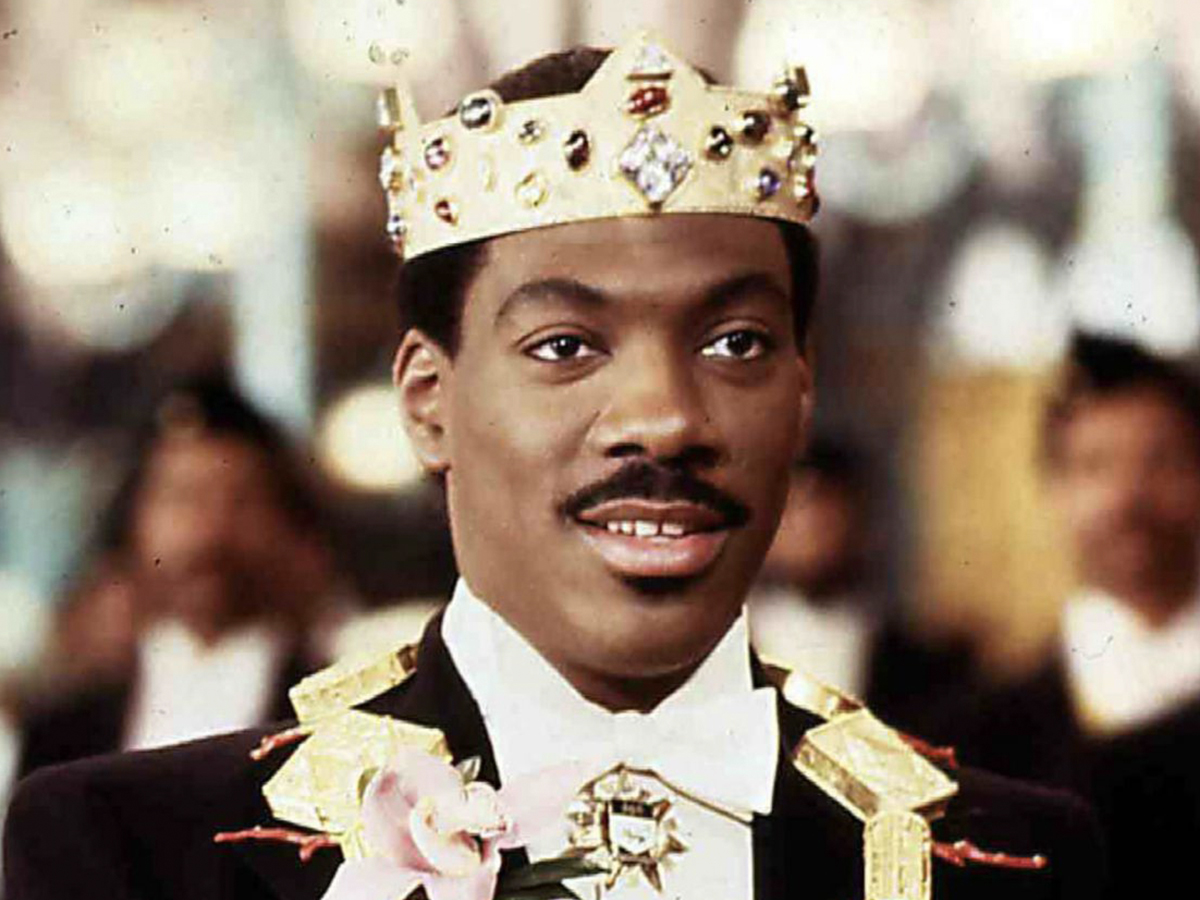 When comedy legend Eddie Murphy first started standup comedy in Long Island, he was only a teenager. He joined the cast of NBC’s long-running late-night sketch comedy series Saturday Night Live at the age of 19, quickly becoming a breakout star with such popular characters as Mr. Robinson, Gumby, Buckwheat, and Velvet Jones.

In 1982, at the age of 21, he co-starred in the smash-hit action/comedy 48 Hours, transforming him from a rising comedy favorite to a movie star overnight. Since then, he’s starred in dozens of films, many of which are considered stone-cold classics. We’ve ranked the 10 best films of his career, in definitive factually-correct order.

While this story of 1930s Black gangsters remains sadly underrated and underseen, it was a hit when it came out. Also directed and written by Murphy, it co-stars fellow Black comedy legends, Redd Foxx and Richard Pryor. While far from a perfect movie — director Murphy allowed his friend Arsenio Hall to deliver a performance in a cameo that redefines “over-the-top” – it features funny moments, great performances, and beautiful cinematography from regular Murphy collaborator Woody Omens.

This one is another underappreciated gem in Murphy’s filmography. Murphy stars in two roles, as an Eddie Murphy-style film star, Kit Ramsey, and his nerdy lookalike brother, Jiff. Steve Martin, who also wrote, co-stars as a down-at-the-heels producer who films an entire movie starring Ramsey without his knowledge. Frank Oz directed this heady comedy that, despite its pristine comedy pedigree, didn’t get nearly the love it deserved on release.

This hit film, which often gets credit for inventing the buddy cop genre and the Eddie Murphy film persona, stars Murphy as Reggie Hammond, a young inmate freed from the prison for two days by grizzled racist cop Jack Cates (Nick Nolte) to help track down his old partner-in-crime who’s recently escaped a chain gang.  A fairly routine cops-and-robbers story is elevated by crackerjack direction from action master Walter Hill, as well as great chemistry between the leads. An iconic scene with Murphy playing a crowd of rednecks at a bar cemented him in the public as a wisecracking comic lead who’s able to talk his way out of any situation.

The plot is simple – Eddie Murphy is Detroit Detective Axel Foley who comes to LA to find the gangsters that killed his best friend. If 48 Hours made Eddie a movie star, Beverly Hills Cop made him an international icon. While it may seem dated or even a little corny now, it is impossible to overstate how huge this fish-out-of-water action-comedy was on its first release. It was nominated for a Golden Globe for Outstanding Comedy or Musical, as well as an Academy Award for Best Screenplay, and made $315 million dollars ($825 million in 2022 money) on a $13 million budget.

You didn’t think we’d compile a list of Murphy’s greatest hits without a mention of everyone’s favorite pop culture-quoting green ogre, did you? While this isn’t an Eddie Murphy starring vehicle in the same sense as the other films on this list, he is absolutely all over it in terms of talent, screen time, and drawing power. As the donkey sidekick to Mike Myers’ titular depressed swamp-dweller, Eddie steals the show, whether annoying all around him with his constant chatter or entering into an unlikely romance with a gold-hoarding dragon.

A passion project for Murphy, who starred in and produced this biopic about Rudy Ray Moore, the comedian and “blaxploitation” filmmaker whose titular character, the foul-mouthed Dolemite became an unlikely success. The film, written by Scott Alexander and Larry Karaszewski (Ed Wood, The People vs. OJ Simpson) was a success for Netflix, grabbing Golden Globe nominations for both the film and its star.

An HBO concert film shot when Eddie was barely legal to drink, it made immediate shockwaves and became a measuring stick for standup specials even to this day. While his offensive attitudes towards gay people and the AIDS epidemic are dated, the routine’s observations about day-to-day life – whether it’s family cookouts or the effect the ice cream truck has on neighborhood kids – are not. Even removed from the context of early ‘80s culture, most of the special remains as fresh and funny as the day it aired.

As crazy as it may seem now, there was a five-year period when Eddie Murphy’s career looked to be over. Movies like Boomerang and Vampire in Brooklyn showed that the audiences had not really warmed up to Murphy’s new sophisticated leading man persona, and sequels like Beverly Hills Cop III and Another 48 Hours crawled into the multiplex with lukewarm reviews and bad box office.

So, it was with relief when fans of the actor were able to see a brand-new kind of Eddie Murphy – the comedian who was funny again and now starring in films that his fans, growing up and with kids of their own, could take their families to. While this path would eventually lead to notorious (but financially successful) misfires like Norbit, this Jerry Lewis remake was seen as a return to form as Murphy starred as bumbling professor Sherman Klump as well as his entire family, playing a total of seven characters in the film.

This was only Eddie Murphy’s second movie, and – unfortunate blackface scene aside – it has cemented its place as one of the best movies in the career of its cast, which includes Jamie Lee Curtis and fellow SNL alum Dan Aykroyd as well as one of the finest comedies of the decade, period.

Murphy plays motormouth Philadelphia street hustler Billy Ray Valentine, who finds himself in the middle of a “social experiment” conducted by Wall Street tycoons Randolph and Mortimer Duke (played with devilish aplomb by veteran character actors Don Ameche and Ralph Bellamy). He is plucked from jail and given the privileged life of Aykroyd’s Louis Winthorpe III, while the latter is insulted and left penniless. The movie’s byzantine commodities hustler plot is second to the movie’s killer comedy lines, great set pieces, and cartoonish action choreographed by director John Landis to perfection. This was a rare combination of actors and the director working in perfect synchronicity that wouldn’t be seen again until…Coming to America (1988)

If this was the only movie Eddie Murphy had ever made, it would still be enough to cement him as a Hall of Fame-worthy comedy talent. One has to take into account the fact that he was only ten films into his career at the time, five of which are stone-cold classics (six if you count The Golden Child, which didn’t earn a place on this list but deserves an article of its own) is a rare feat accomplished by very few.

Starring Eddie Murphy and Arsenio Hall in multiple roles, aided by a supporting cast of all-timers James Earl Jones, Eriq LaSalle, Louis Anderson, and John Amos, and helmed by director Landis, the film plays like a Greatest Hits of Eddie Murphy’s Career. When designing The Nutty Professor as a comeback vehicle, this was very clearly used as a blueprint.

A fairy tale about an African prince who comes to Queens, NY, to find a bride who loves him for who he is and not his wealth, Coming to America takes a dozen comic detours to find plenty of room for great supporting characters (mostly played by Murphy and Hall) like the neighborhood barbers and their regulars, and the showstopping Randy Watson aka Sexual Chocolate.

So, in case you are planning a major Eddie Murphy binging session, you now know which flicks you need to kickstart your movie marathon.