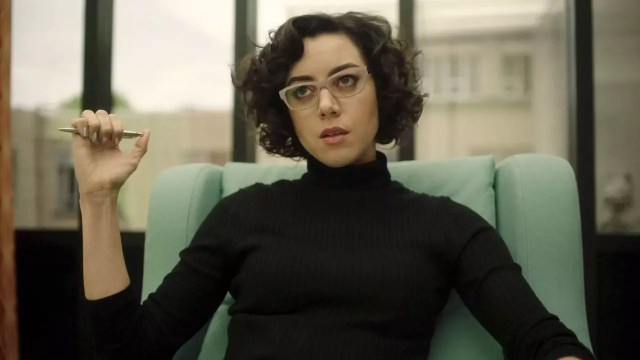 Aubrey Plaza may have won hearts as the deadpan April Ludgate on Parks and Recreation, but that hasn’t stopped acclaimed director Edgar Wright from envisioning her as the next Lara Croft.

Plaza revealed the news while on The Tonight Show Starring Jimmy Fallon, sharing that the English filmmaker spotted her looking very similar to Lara in a promo shoot for her upcoming crime drama, Emily the Criminal.

“My friend Edgar Wright actually saw that and texted me and said, ‘Oh my god, you’re the new Lara Croft? You’re the new Tomb Raider?’ That’s the character in ‘Tomb Raider.’ And I was like, ‘No, Edgar. That’s my movie, ‘Emily the Criminal,’ He genuinely thought I was cast as the new ‘Tomb Raider.’ And then I looked it up and they actually are casting this role right now. And I was like, ‘Well there you go. The new Tomb Raider, whatever.'”

Angelina Jolie first brought the English archeologist to the big screen in 2001’s Lara Croft: Tomb Raider and its sequel released two years later. Most recently, Alicia Vikander took on the role in 2018, and while a sequel was greenlit, creative differences, as well as Warner Bros. losing the creative rights to the character, ultimately led to its cancellation.

Plaza seems to be quite neutral concerning becoming the next Lara Croft, however. She does have a couple of projects lined up, with Emily the Criminal scheduled for release on Aug. 12, and the romantic comedy, Spin Me Round on Aug. 19. She is also set to star in Operation Fortune: Ruse de Guerre, The Ark and the Aardvark, and the highly anticipated second season of The White Lotus.

Read our review of Emily the Criminal here