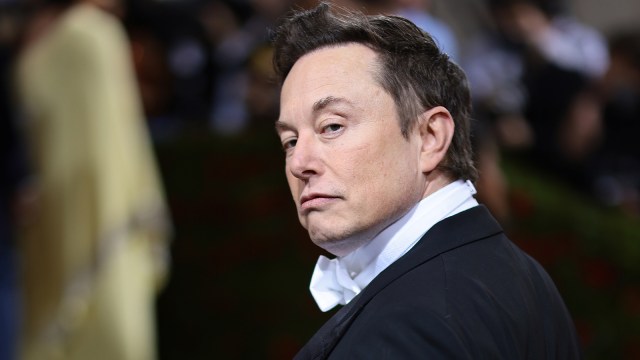 Recently on Twitter someone paid $8 to pretend to be the pharmaceutical company Eli Lilly and tweeted that “insulin is free now.” That tweet plummeted its stocks, costing it billions. Then people started calling out Eli Lilly for charging for a drug that’s supposed to be free.

One of the critics was Bernie Sanders, prompting new Twitter owner Elon Musk to clap back. Also, the real Eli Lilly Twitter account was forced to apologize “to those who have been served a misleading message from a fake Lilly account.”

Sanders replied, stating the company should “apologize for increasing the price of insulin by over 1,200% since 1996 to $275 while it costs less than $10 to manufacture. The inventors of insulin sold their patents in 1923 for $1 to save lives, not to make Eli Lilly’s CEO obscenely rich.”

Never missing an opportunity to insert himself into a highly-visible situation, Musk shockingly took Eli Lilly’s side and tried to take Sanders to school.

“Full answer to insulin price question is complex. Short answer is that original insulin, discovered in 1921 (not 1923), is inexpensive, costing as little as $25. New, higher efficacy analog variants of insulin are more expensive,” he said.

He then shared a laughing emoji after someone tweeted a meme about a Bernie Sanders drinking game.

A laughing emoji is probably not the flex Musk thinks it is. Sanders did not reply, but around the same time he tweeted from his other Twitter account about Insulin, showing its prices around the world compared to the United States.

We’ll keep you posted on the Musk/Sanders beef.