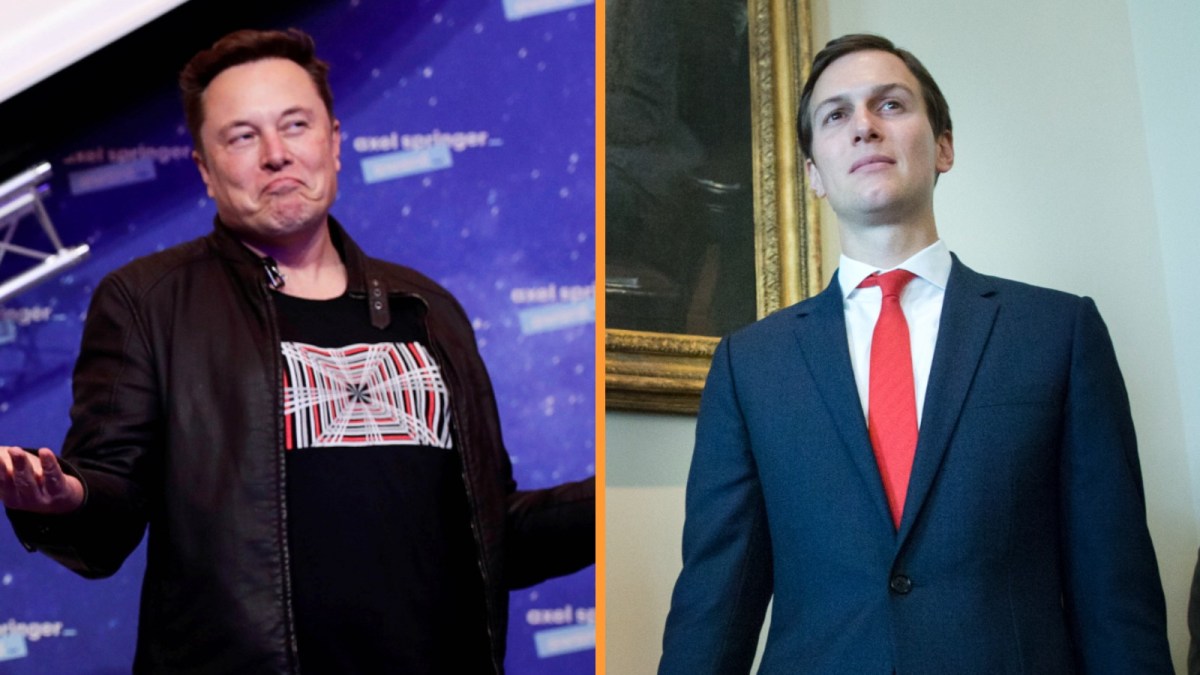 After spending all day on Twitter (and adding to his ever-growing list of controversial new rules), Elon Musk found some time to get away and enjoy a game at the World Cup. Of course, he’s in the luxury box with other VPs, and among them was Donald Trump’s son-in-law, businessman and investor Jared Kushner. And of course, one eagle-eyed football fan captured the two in a frame, much to Twitter’s limitless delight.

Kushner looks like he has spotted the camera and is fervently wishing that the phrase “if looks could kill” would become true.

Nepotism at its best, Jared Kushner served as a senior advisor to Trump when he was in office. But knowing how the former president functioned, it is safe to say his son-in-law contributed little in terms of advising Trump. In that sense, Musk and Trump are a lot alike and as evident from the comments on the picture, the similarity isn’t lost on the people of Twitter who are having a heyday with this photo op. And it doesn’t look like the jokes are going to end any time soon.

How did Musk and Kushner become friends good enough to attend the World Cup together? Some have already figured out an answer.

Musk, the self-proclaimed free speech lover, recently banned an account tracking his plane in light of his new Twitter rule, which prohibits sharing any live detail about Chief Twit, no matter how publicly available it is. So, does this World Cup snap count?

Some are questioning Musk’s life choices.

For some, Musk and Kushner enjoying a sports event together is akin to indulging in fantasy.

Musk’s free speech campaign has been a joke within itself as he’s letting hate speech waltz back in while banning people at random who disagree, compete against him, or are simply being who they are. So, of course, Twitterati had to wedge in the recent banning of Mastodon’s account.

Neither of them wore jerseys so it’s hard to know who they were rooting for or what game they were even watching. It’s safe to say that neither of them had a team on the field since the U.S. is out of the contest and Morocco was the last African team to make it, and they just lost to Croatia in the third-place playoff. So, it could be two friends meeting each other or just a good networking exercise but it has certainly given Twitter its topic of the day.